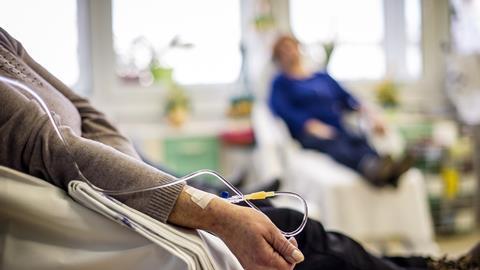 This week the compound found lurking in a witches brew. Bewitching us this week is John Mann.

The witches in Macbeth were happy to mix their slips of yew and root of hemlock as they prepared their poisonous brew; while English archers at Agincourt relished the killing power of their yew longbows. Now centuries later, this association of the yew tree with death has been resurrected - but now it is the death of cancer cells rather than human beings that is the focus of attention. Though it was the Pacific yew - Taxus brevifolia - rather than the European yew which first provided the potent and broad spectrum anticancer drug Taxol.

The story begins in 1962 when the US botanist Arthur Barclay began collecting samples from the Pacific yew - a slow growing species found from Northern California to Alaska. Barclay was a participant in the huge plant screening programme initiated by the National Cancer Institute in 1960, and this investigated thousands of plant species over a 20 year period seeking to identify clinically useful natural products. 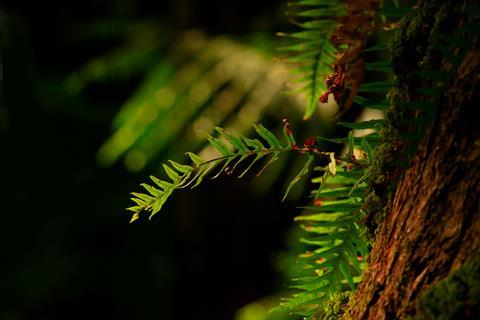 The initial biological results from Barclay's samples, especially those from the bark, showed some promising cancer cell toxicity. Careful fractionation of the bark extracts was carried out by Monroe Wall of the Research Triangle Institute in North Carolina, and one fraction showed particularly good activity against the P1534 leukaemia cell line. After much painstaking chromatography and structural studies, Wall and his colleague Mansuch Wani elucidated the structure of the most active constituent - which they christened taxol. This was a member of the diterpenoid family and had four rings (including an unusual four-membered oxetane), six hydroxyls, a ketone and an amino acid side-chain. They reported their results in May 1971, but also had to admit that their labours had involved 12kg of bark from which they were only able to obtain 500mg of pure, crystalline taxol.

This low yield immediately presented a potentially massive environmental problem, because collecting the bark kills the tree. Advanced biological testing and clinical trials would require thousands of kilograms of bark and huge numbers of trees. Not surprisingly a Save the Yew Foundation was established in 1977 and this group lobbied hard to save the Pacific yew.

Nonetheless, the National Cancer Institute took delivery of 100g of taxol in March 1978 and many laboratories were able to investigate the biological properties of taxol in detail. Almost at once, Susan Horwitz's group in New York made the exciting discovery that taxol had a novel mode of action. It stabilises the microtubules of the mitotic spindle (a key structure during cell division) rather than disrupting them as other known anticancer drugs (like vinblastine and vincristine) do. In both cases the end result is inhibition of cell division - a primary goal of cancer chemotherapy at the time. 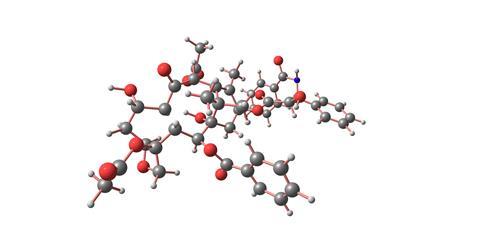 After further promising biological results, the federal Drug Administration finally approved taxol for clinical trials in April 1984.  Progress was slow, but five years later and nearly 20 years after the structure was first reported, response rates of 30 per cent were being achieved in patients with refractory ovarian cancer, which at that time was an untreatable condition. The supply problem now became critical and so the discovery of a better route to taxol using the fast growing needles of the European yew - Taxus baccata - now became of great importance.

Pierre Potier at the National Centre for Scientific Research in Paris, France, showed in 1981 that the needles contained a structural analogue of taxol, which they called 10-deacetylbaccatin III. In 1988, he and another French chemist - Andrew Greene in Grenoble - developed a four-stage transformation of 10-deacetyl baccatin into taxol. Since 1g of 10-deacetyl baccatin could be obtained from 3kg of needles, this effectively solved the supply problem and also opened the way for the synthesis of analogues.

With the supply lines secured, the FDA gave the US pharmaceutical company Bristol Myers Squibb (BMS) an exclusive licence to market taxol as a new and exciting anticancer drug. BMS went further to secure their exclusivity by patenting the name taxol - hence forth no one could use the common noun but had to describe the natural product as Taxol (a registered trade mark) or paclitaxel. No one had ever sought to patent the name of a natural product and this action occasioned much vitriolic comment in the scientific press.

Not surprisingly, the complex structure of Taxol attracted the attentions of the world's best synthetic chemists, and there was a dead-heat by the American groups of KC Nicolaou and Robert Holton to publish their synthetic routes in February 1994. Both routes were elegant, but too long to be practical. Until 2002, the drug was still made from the needles of European yew trees - often harvested from the miles of yew hedges surrounding grand houses - but since then it has been produced by industrial fermentation of yew-derived plant cells by US biotechnology company Phyton.

So where does that leave the drug in 2011?  It is routinely used to treat advanced or metastatic breast, ovarian and non-small cell lung cancers, and is used less often for bladder, prostate and oesophageal cancers and also melanomas. One analogue, Taxotere (docetaxel), has similar efficacy for the treatment of advanced or metastatic breast and non-small cell lung cancers. Both drugs are usually used in combination with other anticancer drugs, and these drug combinations can be curative. At the very least an extension of life is usually achieved. This is a major success story for one of our longest-lived and remarkable British trees. Now a bringer of life rather than death!

Indeed, a naturally found compound taking on and winning in the fight against cancer. That was Queen's University Belfast scientist John Mann with the life giving chemistry of taxol. Now next week another fight. this time against infection as we learn not to take our health for granted.

I am thinking of the illnesses that were part of everyday life less than a century ago, when in wintertime young children were vulnerable to pneumonia, streptococcal infections of the throat, meningococcal meningitis and the like, often with fatal consequences. There were no antibacterial drugs. With streptococcal infections, tiny infected cuts could be lethal. In 1924, 16 year old Calvin Coolidge Jr, the son of the president of the United States, got a blister on his toe playing tennis. He was dead within a week from septicaemia.

And to find out just how the compound sulfanilamide revolutionised our battel against infection, join Simon Cotton in in next week's Chemistry in its element. Until then, thank you for listening. I'm Meera Senthilingam