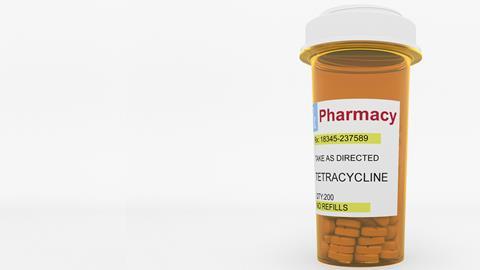 This week, we get our hands dirty alongside Simon Cotton

Up in the North of England, they say "Where there's muck, there's brass"; in other words, there's money to be made from getting your hands dirty. The tetracycline family of drugs was discovered by people who did just that - not least a pensioned-off university professor.

As an antibiotic active against deadly bacterial infections, penicillin revolutionised medicine, and it was produced in bulk to treat wounded soldiers in World War II. After the War was over, scientists were free to look for other antibiotics, and pharmaceutical companies were keen to find another wonder drug.

In 1943, a distinguished plant pathologist named Benjamin Duggar had to retire from his post at the University of Wisconsin. He was 70, after all. But he was a very active 70-year-old, and at once accepted a consultancy with a chemical company in New York. In his case, consultant meant being at the lab bench.

Duggar was an expert on soil fungi. He knew that penicillin was produced by a fungus, and he also knew that there were thousands of different fungi in soil, so he set out to collect soil samples from wherever he travelled. His assistants then screened them for antibacterial agents, which fungi produce to help them have an edge over their competitors. 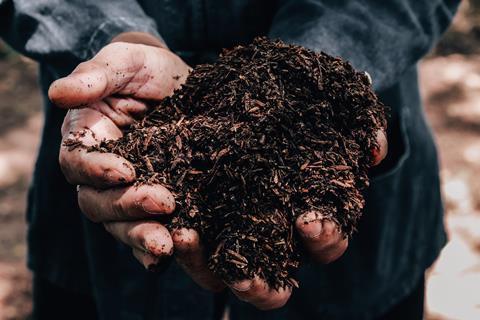 In 1945, Duggar's team found a fungus in a sample of Missouri soil that produced a golden yellow antibiotic. The antibiotic was therefore called Aureomycin - from 'aureus', the Latin for gold and 'mykes', the Latin for fungus - and the fungus which made it was logically called Streptomyces aureofaciens. Aureomycin was put on the market in 1948.

It was the first of the family of tetracyclines, so called because the molecules contain four rings connected together. Because it also contains one chlorine atom, aureomycin is usually called chlorotetracycline. Other members of the tetracycline family were soon discovered. In 1949, scientists working for Pfizer isolated oxytetracycline from soil at their Indiana factory, and it became known as the drug Terramycin. Tetracycline itself was first isolated in 1953.

The tetracyclines became widely used. They had some advantages over penicillins. For one thing, they were active against both Gram-positive and Gram-negative bacteria, whilst penicillin only worked on Gram-positive bacteria. They could also be taken orally, which was not possible with the penicillins on the market then.

Tetracyclines work by interfering with the way that bacteria make proteins. Their wide use extended to putting them into the feed of animals like pigs and chicken, which not only prevented disease but actually promoted growth of the animals. Unfortunately, this has contributed to the rise of strains of bacteria resistant to tetracyclines. On a more positive note, there is evidence that using tetracyclines in combination with other drugs may enhance their antibacterial effect and get round the problem of resistance.

Some tetracyclines are still in regular use and new ones are continually being made, using a procedure known as semisynthesis. Here a natural molecule provides the tetracycline core, which can then be manipulated by the synthetic chemist. This saves many costly steps. One of these synthetic tetracyclines, named tigecycline, is active against MRSA, and came into clinical use in 2005. 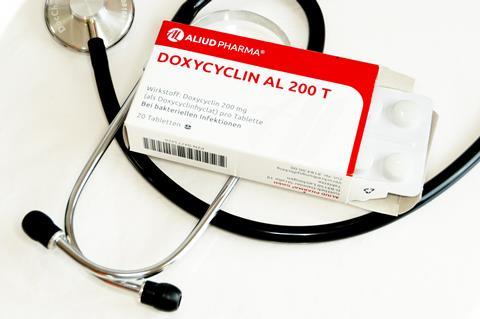 The best known tetracycline is probably Doxycycline. It is active against numerous diseases, including bubonic plague and Lyme disease. In the aftermath of the attacks upon the Twin Towers in New York in September 2001, a number of letters containing anthrax were sent through the American postal system. Doxycycline was found to be a cheap and effective treatment for anthrax, with ten thousand people in the Washington DC area alone taking it.

The most surprising thing about the tetracyclines is that tetracycline itself was used as an antibiotic 1500 years ago, by people who were quite unaware of it. Thirty years ago George Armelagos, an American anthropologist based at Emory University was examining ancient human bones from Nubia, the area we now know as Sudan. He found that when they were exposed to ultraviolet light, they gave out a strong yellow-green fluorescence, characteristic of tetracycline. Later, tetracycline molecules were detected in the bones by mass spectroscopy.

The tetracycline content was found to be the result of regular intake, even by very small children. The source is believed to be ancient Nubian beer, a fermented gruel very different from present day beers. The grain being used to make the beer was stored in mud bins under conditions where Streptomyces soil bacteria could flourish and make tetracycline. The consequence of this was that these people were very healthy, as examination of their bones showed that they were free from infections.

In spite of the old advertising claims that "Guinness is good for you", we generally don't think of beers being good for you nowadays. But beer - and the tetracyclines they contained - were definitely good for the ancient Nubians!

o beer and bacteria – the key to a healthy lifestyle? That was Birmingham University's Simon Cotton with the antibacterial chemistry of tetracycline. Next week, a compound linking an eclectic range of products.

What do skin creams, pretzels and fertilisers have in common? They are all uses for urea - the first molecule from a living organism to be synthesised in a lab. The honour for this achievement goes to Friedrich Wohler, who synthesised urea in Berlin in 1828 by reacting silver cyanate and ammonium chloride. As so often happens in these stories, Wohler never intended to make urea, but was actually trying to make ammonium cyanate.

And to find out more about the accidental discovery of urea and the role of this compound in both our bodies and industry today, join Ian Le Guillou in next week's Chemistry in its element. Until then, thank you for listening, I'm Meera Senthilingam.