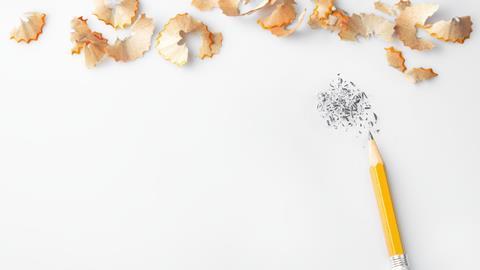 Ian Le Guillou investigates the compound that could have limitless applications

This week, we learn not to take things for granted, not even our stationery. Sharpening your knowledge and maybe his pencil, is Ian Le Guillou

It's not often that you can make a Nobel-prize-winning super-material using the contents of your pencil case, but then there isn't much that's ordinary about graphene. 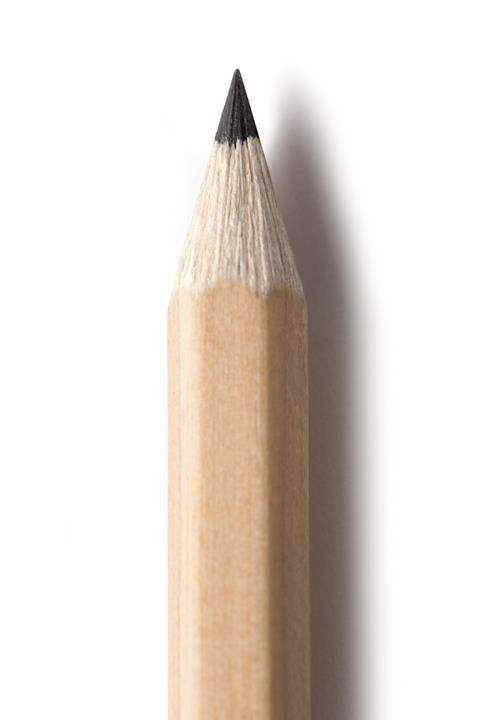 So how can you get a truly flat, single layer of atoms? First, let's look at the 'lead' in a pencil. As I'm sure you're aware, this has nothing to do with the element lead but is of course graphite, a form of carbon. Graphite is made up of layers in which carbon is bonded together in a repeating hexagonal structure, like a slice of a honeycomb. These layers are only a third of a nanometre apart but are only weakly connected to one another.

Graphene is simply a single layer of graphite, making it only one atom thick. Separating one layer from the others is as simple as ripping flakes off a piece of graphite using sticky tape. This 'mechanical exfoliation' was how the Nobel Prize winners first got hold of it, during their 'Friday night' experiments, when they worked on interesting topics outside their normal research. Getting hold of it is one thing but studying it is another, and to do this they had to remove the flakes from the tape. They did this by dissolving the tape in acetone and depositing the flakes of graphene onto a silicon wafer.

Graphene has since amazed and inspired researchers with its abilities. It is 200 times stronger than steel, making it one of the strongest materials ever tested. In fact, it would take an elephant, standing on a pin, to produce enough pressure to break through the single sheet of atoms. It has both the highest electrical conductivity and thermal conductivity of any material at room temperature, beating silver and diamond respectively. 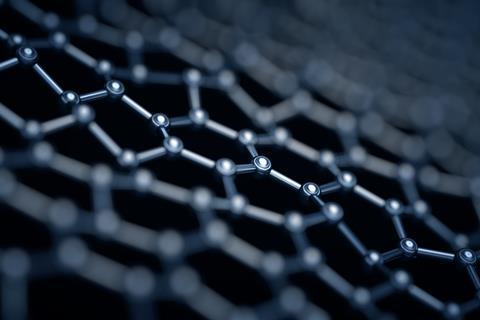 Despite being only one atom thick, you can see it with the naked eye. It is nearly transparent, but if you were to hold up a sheet of graphene you could see it absorbing some of the light coming through. Even though it is practically see-through and apparently full of holes, it is actually very difficult for even atoms of helium to pass through it.

The cost of producing graphene is falling dramatically as techniques improve. In 2008, it was estimated that it would cost 100 million dollars to produce a square centimetre of it. Now, in 2012, prices range from 100 thousand pounds for one square centimetre of ultra-high quality material, down to ten pounds for a lower quality sample of the same size.

One of the key hopes for graphene is to develop an alternative to the silicon-based transistor that is the basis of computer chips. Despite the incredible developments in making these silicon chips smaller and faster, many believe that we are beginning to reach their physical limits. Graphene's conductivity and slim size could lead to a vast improvement in computing power, if it could be used to make transistors. Transistors are essentially on/off switches that form the basis of computing, but they require a semi-conductor, such as silicon. 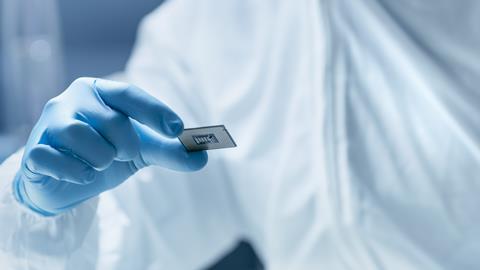 Unfortunately, graphene is not a semi-conductor but, just this year, researchers were able to make graphene act like one without losing its conducting power. Only a year ago, referring to graphene transistors, Andre Geim said 'The prospect is so far beyond the horizon that we cannot even assess it properly.'

Currently there are several technical challenges that are limiting graphene from reaching its full potential. Its strength may be fantastic, but we have yet to develop a method for applying it to construction. Also, graphene's superior conductivity properties are hampered by the need to support it on silicon oxide layers. Neither of these problems are terminal, which is why there is so much excitement surrounding graphene - we know what it could be capable of, if only we can use it properly.

Papers on graphene are being published at an exponential rate: there were almost six thousand papers published on it in 2011 compared to around seven hundred and fifty in 2007. It seems impossible to keep up with all the developments and promising leads. There is already talk of uses in solar cells, transparent speakers and even distilling alcohol. One day, the uses for graphene could be limited by only our imagination.

In which case, the potential for limitless applications. That was Chemistry World's Ian Le Guillou with the somewhat simple, but widely applicable, chemistry of graphene. Next week, the compound keeping us pretty both in and outside the body.

Although an essential for much animal life, keratin has relatively few products based on it. There are cosmetics incorporating keratin and there are also keratin hair treatments developed in Japan and Brazil which are claimed to add body and shine to hair while controlling frizziness.

A permanent wave or perm is a process that works on our natural keratins, using a reducing agent to break down the disulfide bridges between the keratin helixes and then adding an oxidizing agent to reconstitute the bridges. More substantially, work has been done on using keratin coatings on vascular grafts to reduce blood clotting, and work continues on medical applications including drug-delivery mechanisms and support for wound healing.

And to find out the chemistry enabling these uses and manipulations, join Brian Clegg in next week's Chemistry in its element. Until then, thank you for listening, I'm Meera Senthilingam.