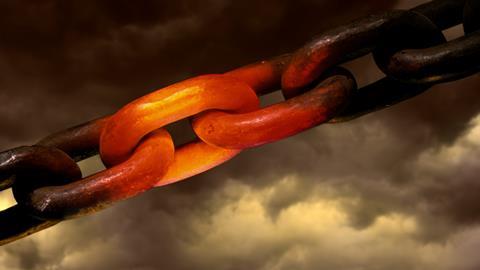 Cross-coupling and metathesis reactions are powerful ways of making carbon–carbon bonds, the crucial links behind most organic compounds

Innovation in the chemical industry is largely driven by the synthesis of new chemical entities. Whether the desired application is to treat a disease or to formulate a better detergent, chemists are constantly designing new molecules to try and achieve the perfect combination of properties. This endeavour is powered by the scientist’s creativity, but often limited by the practical tools available to synthesise a given target molecule. The development of new chemical technology is thus critical for investigating new molecules by uncovering new routes to previously unattainable structural motifs.

Carbon–carbon bonds are among the most important bonds found in nature. They form the basis for nearly all biologically derived matter and it’s no coincidence that these bonds are also among the strongest. Their stability, combined with the ability to form into long chains, makes carbon–carbon bonds the ideal bricks and mortar for building new chemical compounds. The formation of new carbon–carbon bonds is key for the synthesis of many valuable molecules, whether it’s a new polymerisation technique used to form a hydrocarbon polymer or a method for joining two complex fragments of a drug candidate. 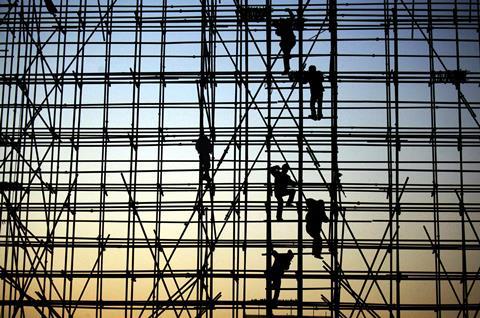 Given the importance of carbon–carbon bonds in both naturally occurring and synthetic compounds, a tremendous effort has been dedicated towards studying their formation. While some methods take inspiration from processes found in nature, many more modern techniques for carbon–carbon bond formation are unprecedented in biosynthesis. Often these methods exploit the catalytic activity of transition metals to enable chemists to build organic compounds in ways that are wholly absent from biosynthetic pathways. Here, we highlight two examples of transition-metal-catalysed carbon–carbon bond formations that have proven effective from lab to industrial scales: cross-coupling and alkene (also known as olefin) metathesis.

Some of the most widely used carbon–carbon bond formations belong to the family known as cross-coupling reactions. Cross-coupling is used to form a new carbon–carbon bond between a pair of reaction partners: one activated with a carbon–metal bond as a formal nucleophile and the other activated with a carbon-(pseudo)halogen bond as a formal electrophile (Scheme 1). These reactions are promoted by a transition metal catalyst – typically palladium – in the presence of a base.

This family of carbon–carbon bond-forming reactions received international recognition in 2010 when Richard Heck, Akira Suzuki and Ei-ichi Negishi were jointly awarded the Nobel prize in chemistry for developing their namesake coupling reactions. Naming conventions for cross-coupling reactions are defined by the nucleophile. For instance: the Negishi reaction makes use of organozinc compounds; the Suzuki reaction involves the reaction of boronic acid derivatives; and the Heck reaction involves reactions of alkenes with aryl or alkenyl halide electrophiles.

Cross-coupling reactions proceed through a series of elementary reactions in a catalytic cycle (Scheme 2): oxidative addition, transmetalation and reductive elimination. In palladium-catalysed cross-coupling reactions, the active catalyst species is in the Pd(0) oxidation state. Pd(0) complexes degrade when exposed to air, however, making storage and handling challenging. On the other hand, Pd(II) salts are a more practical choice, as they are relatively stable even under non-inert conditions. A common strategy for cross-coupling reactions is to combine a stable Pd(II) salt with the ligand of choice (typically a phosphine) under a set of conditions that will generate the active Pd(0) complex. This can create additional hurdles, especially for process development chemists who wish to develop reproducible reactions. Both the complexation step and the activation step should be well understood in order to ensure robustness and scalability, and to minimise unwanted side products.

One of the more recent additions to the Umicore PMC portfolio, the Buchwald palladacycle precatalyst family, addresses both the complexation and activation issues directly. This precatalyst type was developed by Stephen Buchwald and co-workers at the Massachusetts Institute of Technology in the US. Buchwald’s group also co-developed the Buchwald–Hartwig amination reaction, as well as the class of biaryl phosphine ligands known as Buchwald ligands. However, the palladacycle precatalysts can be applied in principle to any type of cross-coupling reaction and with nearly any phosphine ligand, not just the Buchwald ligand family.

Buchwald palladacycle precatalysts were developed to overcome the challenges associated with in situ catalyst formation. First, the desired ligand is already complexed to palladium in a 1:1 ratio, limiting the variability in the complex. The 1:1 ratio is also ideal to form a monoligated Pd(0) species, which undergoes the initial oxidative addition step faster than the corresponding PdL2 species. Second, the palladacycle precatalysts are stable Pd(II) species that are quickly and predictably converted to Pd(0) species upon treatment with mild base in solution. Proceeding through a separate reductive elimination step (Scheme 3), this method releases the Pd(0) species directly into the reaction solution, accelerating reactivity.

Scheme 3: Mechanism of palladium reduction in the Buchwald palladacycle system

More recently, an orthogonal solution for palladium activation was developed in the laboratory of Nilay Hazari at Yale University in Connecticut, US. Hazari and co-workers developed a family of Pd(II) π-indenyl complexes, which excel at performing an enhanced and distinct Pd(II) to Pd(0) reduction pathway.

Umicore has licensed the Hazari precatalyst technology from Yale University and plans to launch the product platform later in 2019. Like the Buchwald palladacycles, these complexes are stable, can be synthesised bearing the ligand of choice in precise stoichiometry, and activate rapidly to give the desired Pd(0) species in solution. As added benefits, the Hazari system can bear both phosphine and NHC ligands and generates a hydrocarbon by-product that is unlikely to coordinate with the palladium centre.

Another tool that has changed the landscape of viable carbon–carbon bond-making reactions is the metathesis reaction. Like cross-coupling, alkene metathesis received the highest scientific accolade when Yves Chauvin, Robert Grubbs and Richard Schrock jointly shared the 2005 Nobel prize in chemistry. In 2017, Umicore acquired rights to Grubbs catalyst technology from the California Institute of Technology to expand its metathesis chemistry portfolio. These catalysts are best-in-class for performing metathesis, owing to their high activity, functional group tolerance, and storage stability.

While cross-coupling is a powerful and versatile method capable of joining alkyl, alkenyl, and aryl groups, it requires a leaving group on one reaction partner. In most cases, it also requires the activation of the other reaction partner as an organometallic reagent such as a boronic acid derivative. Usually both partners are made via organic halides, which themselves may be several steps from an abundant feedstock chemical. Consider the case of a simple aryl halide, which could start from a simple benzene derivative that then goes through multiple reaction stages to generate the cross-coupling reactant (Scheme 4). These manipulations add steps and increase the cost as well as the environmental impact of the overall process.

Scheme 4: Possible sequence to a cross-coupling electrophile and nucleophile

Metathesis chemistry joins inactivated alkenes in a catalytic process, typically producing ethene as the only by-product. This makes metathesis ideal for creating new alkene bonds in an atom-efficient and sustainable manner. Alkenes do not require pre-activation of any sort to undergo metal-catalysed metathesis, making it possible to add complexity to extremely low-cost starting materials.

The efficiency and robustness of Grubbs catalysts make them useful in very economically demanding situations, such as the cross metathesis of biorenewable feedstocks. They can be used to convert unsaturated oils from plant sources such as soy into valuable compounds such as α-alkenes and shorter chain esters. In the field of materials science, Grubbs catalysts are used to promote ring-opening metathesis polymerisation to access high-performance thermoset resins from abundant petrochemical by-products such as dicyclopentadiene.

Grubbs catalysts also have a proven track record for performing challenging carbon–carbon bond formations. This approach has enabled the synthesis of several macrocyclic drug candidates explored as treatments for hepatitis C, and has even been used at commercial scale to deliver life-saving medicine.

For challenges that fall in between the extremes of active pharmaceutical ingredient chemistry and commodity applications, metathesis approaches may slip under the radar. However, more common ring systems, such as saturated N-heterocycles, are also highly attractive targets for metathesis disconnections. The power to activate otherwise inert alkenes may allow chemists to use more readily available starting materials and to drastically reduce the number of steps.

Metathesis is a powerful tool, and exploring non-traditional bond-making reactions may bring new opportunities for implementation. Historically, questions about intellectual property and the availability of Grubbs catalysts have also deterred chemists from wholeheartedly adopting the technology. These uncertainties are now fully addressed. Umicore offers these products under a simple pricing model and has robust manufacturing capabilities on two continents to support global commercial-scale demand for these valuable catalysts.

Carbon–carbon bond formation remains an important area of research, with new methods being constantly developed. Although cross-coupling and alkene metathesis are relatively mature technologies, there is still plenty of work being done to push their boundaries.

On the cross-coupling front, while aryl and alkenyl sp2 carbon centres can be joined predictably, alkyl sp3 centres still pose a challenge. Several palladium catalysts are capable of coupling alkyl partners. However, nickel complexes are particularly effective catalysts for cross-coupling reactions involving one or more sp3 carbon centre. New possibilities for carbon–carbon bond formation are being explored by combining nickel cross-coupling with other modern reaction manifolds such as photoredox catalysis.

In the field of metathesis, researchers are exploring new ways to control the geometry of the alkene product. In 2011, the Grubbs group developed ruthenium catalysts that can form the Z-isomer of an alkene product from two terminal alkenes in both cross and ring-closing metathesis reactions. Adding stereocontrol to the formation of new alkenes opens up many new possible targets for metathesis routes, such as insect pheromones and other natural products.

While new and exciting catalyst technologies appear constantly in the literature, it takes additional optimisation and a reliable source of the key materials to implement new catalytic reactions in scale-up. Partnering with known catalysis experts like Umicore can help to provide the specific expertise and continuous catalyst supply that is needed to implement scalable and sustainable new processes on commercial scale.