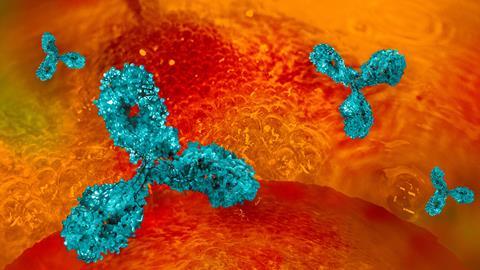 A revolution is underway in cancer therapy, raising the spectre of hope for patients whose cancers are difficult or impossible to treat with surgery, radiotherapy or conventional chemotherapy. Immunotherapy, where the body’s immune system is primed to kill cancer cells in some way, is already making waves – and this year’s Nobel prize for medicine went to two pioneers.

The winners, Tasuko Honjo and James Allison, discovered and developed ways of getting T-cells to recognise and kill cancer cells by switching on the immune response via checkpoint inhibitors. These drugs, in effect, turn off the biological brakes that keep the immune response in check. Those pioneered by Honjo act at programmed cell death protein 1 (PD-1) or its ligand PD-L1, while Allison’s work looked at cytotoxic T-lymphocyte-associated protein 4 (CTLA-4). 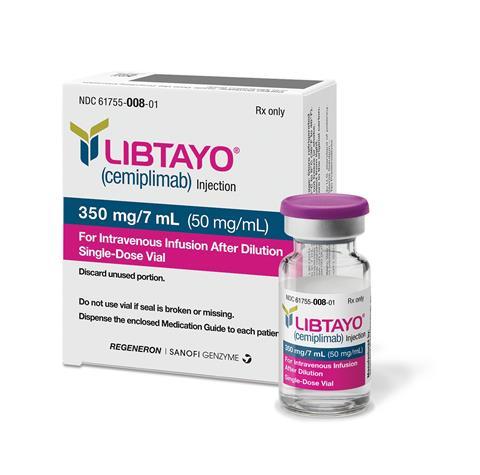 Source: © Courtesy of Sanofi and Regeneron

Both mechanisms have had successes. The first checkpoint inhibitor to reach the market, in 2011, was Bristol-Myers Squibb’s ipilimumab (Yervoy), and it is thus far the only one that acts at CTLA-4. The other six all interact with PD-1 or PD-L1 [see table]. The most recent to reach the market, the PD-1 inhibitor cemiplimab (Libtayo) from Sanofi and Regeneron, gained US approval in September. An enormous number more are in the pipeline across the industry. A bispecific antibody that hits both CTLA-4 and PD-L1 has even been developed by Chinese company Alphamab, and is in early clinical trials in Australia.

Unlike the earlier approvals, which were for some of the more common cancer types including non-small cell lung cancer, melanoma and bladder cancer, Sanofi’s cemiplimab was approved to treat a less common skin cancer, cutaneous squamous cell carcinoma. Moving into new indications is one way that companies might succeed in the increasingly crowded market, according to GlobalData senior analyst Chloe Thepaut.

Increasingly, checkpoint inhibitors are being used in combination, either with another immunotherapy or more traditional therapy. A quick search for clinical trials for cancer immunotherapy on clinicaltrials.gov in early October showed up nearly 2300 studies – of which over 850 were actively recruiting – and more than a third of these involve combinations. 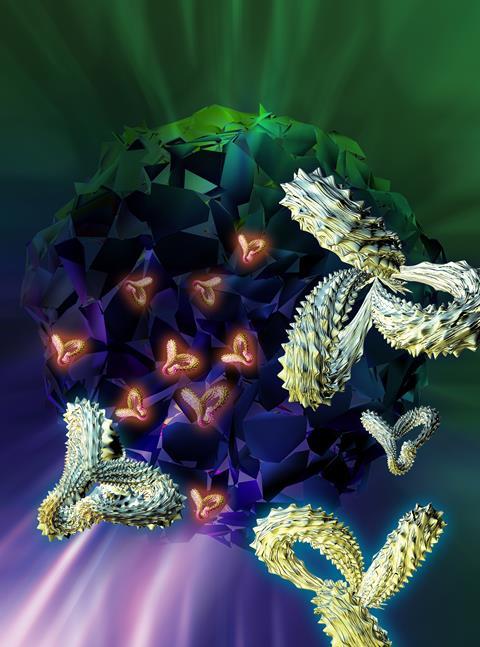 Checkpoint inhibitors can be combined with each other, or more conventional treatments, but as yet it’s unclear which of these combinations will be most successful

Checkpoint inhibitors might be combined with a targeted therapy such as trastuzumab (Roche’s Herceptin) for breast cancer, for example, to increase the chances of therapeutic success. Promising results have already been reported for some combinations, including Phase III results earlier this year for pembrolizumab in non-small cell lung cancer, given with Lilly’s pemetrexed (Alimta) and platinum-based chemotherapy.

Thepaut says GlobalData interviews earlier this year highlighted the interest in combinations. ‘Checkpoint inhibitors will not be effective in all patients,’ she says. ‘If combinations did not add significant toxicity and improved efficacy, this was viewed as a promising approach.’ But there was little consensus about which combinations were likely to be most effective.

With so much activity in the cancer field, it is increasingly difficult to recruit sufficient trial subjects. There is a lot of competition for a limited number of patients – especially as many trials will limit the prior therapies they can have received, and some have lengthy lists of inclusion and exclusion criteria that the patients must meet.

However, Thepaut says, non-immuno-oncology trials are having greater recruitment problems. ‘There is so much excitement and hype around immuno-oncology, it’s easier to persuade patients to join trials,’ she says. ‘So although patient populations may be a bit thin, if anything we see reduced issues for immuno-oncology.’

Immuno-oncology products are often approved without undergoing full Phase III development – sometimes on just Phase I/II or Phase II results, or even single-arm trials. ‘We asked physicians, and they said that even if it is approved after Phase I/II, it has still been approved and they would still use it as a therapy,’ Thepaut says. ‘That may also be something that companies bear in mind when designing their trials – recruit fewer patients but still power the study correctly.’

Despite the increasingly crowded market, Thepaut still believes there is room for new immuno-oncology products. ‘There will always be patients who have massive unmet clinical need, who don’t respond to current options and have limited alternatives,’ she says. ‘So far, physicians are still looking for drugs that provide options for these patients. I think there will always be space for pharmaceutical companies to keep developing.’

The potential of checkpoint inhibitors is getting wider recognition, too. At his inaugural lecture of the Imperial Cancer Research UK centre at Imperial College, London, in October, former US vice-president Joe Biden – who led President Obama’s Cancer Moonshot and set up the Biden Cancer Initiative last year – spoke about his son Beau’s treatment for brain cancer before he died in 2015, and how fast the field has advanced since then.

‘Before my son was diagnosed, immunotherapy was viewed as a “voodoo” science. It wasn’t in the deal at all,’ Biden said. But the pace of change is rapid. ‘Oncologists are working routinely with immunologists and virologists and chemical and biological engineers and others, in ways that didn’t even happen just six years ago. And there’s no better example than what’s happening now in immunotherapy around the world.’