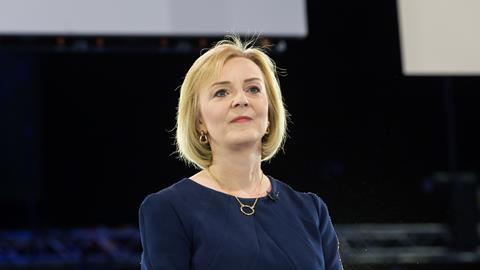 As the UK’s new prime minister Liz Truss begins appointing her first cabinet, scientific organisations are making the case for research and innovation to be at the heart of government policy. But questions remain about the new government’s plans for science, with no science minister yet appointed.

The UK’s research community has found itself in an unenviable position over the past 20 months. The country is locked out of the world’s largest multinational research fund, Horizon Europe, due to political disputes between the UK government and the European commission. The situation has seen numerous researchers lose grants, while others have sought to relocate to EU-based institutions leading to fears of a brain drain.

The UK’s previous science minister George Freeman repeatedly made the case for full association to Horizon Europe, but there currently appears to be little prospect of this happening and plans for alternative funding mechanisms remain vague and uncosted. Meanwhile, there has been no dedicated science minister since Freeman’s resignation in July.

Beth Thompson, associate director of policy for the Wellcome Trust, urged the new prime minister to avoid complacency that could damage the country’s research sector. ‘There is a vital need for global collaboration; UK-based scientists and institutions need to collaborate with their counterparts around the world, and the UK needs to be an attractive and exciting place to work,’ said Thompson. ‘Horizon Europe is a prime example – the new government must secure the closest possible involvement to safeguard research collaboration.’

‘Securing the UK’s global role in science won’t happen by accident. This work should be overseen by a science minister who can work across government to agree priorities and implement a plan,’ she added. ‘The prime minister must prioritise bold commitments to turn “science superpower” from catchphrase into reality, putting science and innovation at the heart of their agenda.’

Other organisations, including the Institute of Physics (IOP) and Royal Society of Chemistry (RSC), have joined the calls for Truss to prioritise the appointment of a science minister. ‘If the new government wants to maintain the UK’s position as a world leader in research, development and innovation it needs not only a dramatic increase in public research and development spending, but also a dedicated science minister to work with the scientific community and unlock the transformative potential of our world class science and innovation base,’ commented IOP chief executive Tom Grinyer.

‘As ministerial appointments continue to be made, it is important to remember that UK science plays a vital role in tackling the big issues affecting our lives, from the pandemic to the energy crisis and the climate emergency,’ says RSC head of policy and evidence, Tanya Sheridan. ‘Science and innovation will be key drivers of the UK’s long-term plans for recovery and future growth.’

‘We look forward to working with the new science minister, when appointed, to ensure that the government sets out and implements plans for long-term investment in research, development and innovation, to put the UK amongst the best in the G7 and encourage private sector investment,’ she adds. ‘It must also protect investment in and provide a welcoming environment for international research collaboration.’

With the UK in the midst of an energy crisis and struggling to meet its net zero commitments, close scrutiny will be paid to Truss’s imminent new plans to tackle spiralling energy costs. However, questions have been raised over Truss’ decision to appoint Jacob Rees-Mogg as secretary of state for business, energy and industrial strategy. Earlier this year he told the radio station LBC that the UK should be ‘extracting every last cubic inch of gas from the North Sea’ on the same day that the UN’s Intergovernmental Panel on Climate Change reported that nearly 60% of the world’s current fossil fuel reserves must stay in the ground to avert global environmental catastrophe.

Soaring gas prices are at the heart of the energy crisis, with gas-fired power stations currently generating electricity at nine times the cost of offshore wind. Many experts, including the International Energy Agency’s executive director Fatih Birol, warn that the situation underscores the unsustainability of the current fossil fuel-dominated energy system. However, Rees-Mogg is expected to push for increased gas production, including plans to restart fracking for shale gas.

‘There is nothing in [Rees-Mogg’s] whole track record that shows any understanding of this issue,’ Tom Burke, founder of the environmental thinktank E3G told The Guardian. ‘The single most important thing to do in energy policy is to bring demand down. I have no confidence that he will take this forward.’

The chairs of the government’s independent Climate Change Committee and National Infrastructure Commission have already written to Truss warning that the UK ‘cannot address this crisis solely by increasing its production of natural gas’. Lord Deben and John Armitt also called for ‘credible policies for energy efficiency in buildings’ and rapid action to increase clean energy production like onshore wind and solar projects.