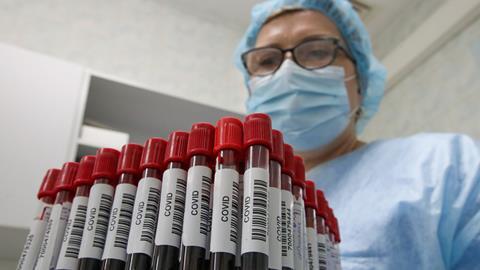 Explainer: The science of Covid-19 testing

As nations struggle to control the Covid-19 pandemic, the biochemical tests that can identify the underlying Sars-CoV-2 virus have become big news. In the US in early May the Trump administration set a goal of testing three million people per week. The UK government set itself a target of 100,000 daily tests by the end of April, a challenge it claims to have met, although others question this. Yet arguably even more important than the targets is what the tests tell us, and how we use that information.

Why do we need testing?

For an individual, it’s the best way to answer the question we’ve probably all asked ourselves in recent weeks: do I have Covid-19? ‘Symptoms relating to Sars-CoV-2 can be attributed to other illnesses,’ comments Babak Ashrafi, Clinical Lead for Service Expansion at UK-based online doctor and pharmacy Zava. ‘Without testing there’s no way to really know where the virus is active, and how fast it’s spreading.’

More broadly, testing provides important information about public health that can help governments to make decisions about how they should be responding to the pandemic. ‘Testing can help guide actions for treatment and for routing through the health system,’ comments John Bagshaw, Interim Chief Operating Officer at the British In Vitro Diagnostics Association. ‘Early diagnosis may save lives as well as reducing unnecessary isolations and allowing workers to resume work, including key health and care workers.’ Testing can also help find the people that have been infected without showing any symptoms. That in turn could tell us how many people have actually been infected in total, and who might be immune following infection. 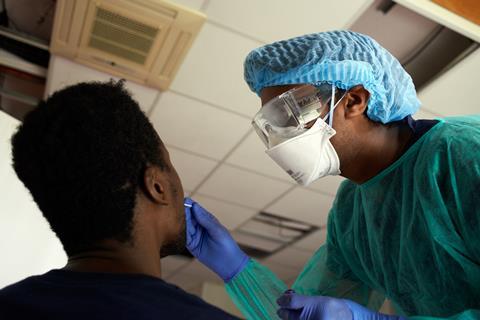 So how do the tests work?

Overall, there are two types of test: ones that detect if the virus is present in your body right now, and ones that test whether the virus has infected your body before.

The first type is the one that usually involves taking a throat swab. This uses polymerase chain reaction (PCR)-based techniques to detect the Sars-CoV-2 RNA genetic code. First, the viral RNA strand is transcribed into a complementary DNA (cDNA) single strand by an enzyme called reverse transcriptase, so that the enzyme DNA polymerase is able to do its work in the subsequent steps. Scientists then introduce probe DNA strands called primers to the sample, which are specifically designed to find and bind only to certain sections of the viral cDNA strand. When the probe DNA strands have bound the viral cDNA, the DNA polymerase enzyme is activated and this begins to make double-standed copies of viral DNA. Some of the probe DNA strands also carry a fluorescent dye that is released when they bind to the viral DNA. As the test multiplies the viral DNA, more dye molecules are released and the fluorescence grows, indicating a positive sample. Other versions of the test work by adding a dye that only fluoresces when it binds to the double-stranded viral DNA. Either way, rather than looking for a needle in a haystack, this approach ‘is making a haystack of needles’, Bagshaw says.

Source: Courtesy of UK Research and Innovation/CC BY 4.0, originally published at https://coronavirusexplained.ukri.org/en/article/vdt0006/

There are also antigen tests, which can detect the virus’ proteins rather than its RNA. These use a slide that is covered in antibodies specific to the virus. If a sample contains viral proteins, they will will stick to the antibodies. A second, fluorescent antibody is then added, which is also designed to target the viral proteins and so will stick to any that were bound in the first step. The fluorescence intensity then gives a measure of the concentration of the virus in the sample. 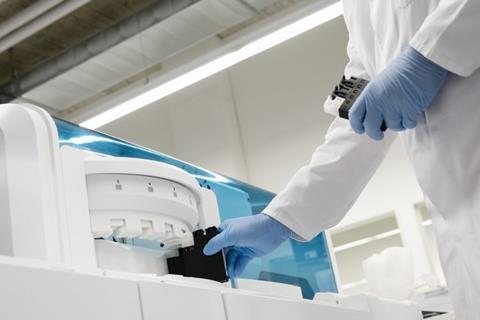 So how can I check if I had Covid-19 previously?

This mainly involves detecting the antibodies our immune systems produce when they are exposed to a virus – these are found in our blood, or serum. ‘A blood sample is taken into a tube or a membrane where pieces of virus have been stuck,’ Bagshaw explains. If the blood sample contains Covid-19 antibodies, they will fit into these like a key in a lock, he adds.

Source: Courtesy of UK Research and Innovation/CC BY 4.0, originally published at https://coronavirusexplained.ukri.org/en/article/vdt0006/

These tests target immunoglobulin M (IgM) and immunoglobulin G (IgG) antibodies, explains Simon Parker, clinical market manager of Roche Diagnostics in the UK. The IgM response comes when we are sickest, and IgG as the immune response matures, he says. For example, Roche’s Elecsys Anti-Sars-CoV-2 immunoassay identifies specific high affinity Sars-CoV-2 antibodies, mainly IgG and some IgM. Elecsys is an electrochemiluminescent system, which produces light only when an electric current is applied. Zava exploits another variation on this theme, with a chemiluminescent microparticle immunoassay that similarly uses the light output used to measure antibody levels. Zava’s test detects IgG antibodies to Sars-CoV-2 in human serum, explains Ashrafi. 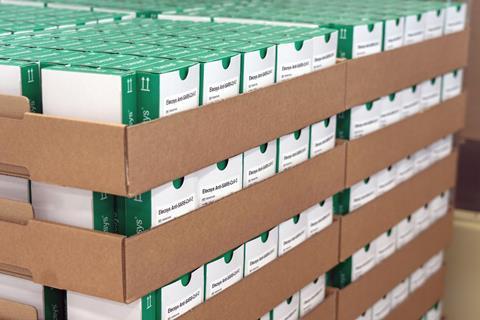 Why has it been difficult to access Covid-19 tests?

Initially there had been problems with supply of reagents for PCR tests, but Bagshaw and Ashrafi say that these have now been largely resolved in the UK. The issue now is ensuring test accuracy, or more precisely their specificity and sensitivity. Sensitivity relates to the proportion of positive cases a test detects. Specificity refers to the number of false positives it returns, and is a key focus for Bagshaw.

As we move to a stage where the numbers of people testing positive is falling, highly specific tests become more important. Bagshaw explains this with an example: if a test is 100% sensitive, it will never miss a true positive. But if it is 99.5% specific, it will also give one false positive in every 200 samples. In a sample of 1000 people with a 1% infection rate, he’d get 10 true positives and five false positives. ‘Two thirds are correct and one third are wrong,’ he stresses.

Antibody testing could be even more difficult, he adds. ‘If it is for some kind of immunity certification, it is vital that as few as possible false positive results are generated, as these could result in exposure of vulnerable individuals to risk of infection.’ The further the specificity is from 100% the more ‘immunity passports’ would be dangerously wrong, Bagshaw notes.

For example another type of antibody test called a lateral flow immunoassay (LFIA), which uses the same technology as a home pregnancy test, has been develop to test blood drops from a finger prick. However, recently the UK National Covid Testing Scientific Advisory Panel found that the LFIA tests ranged from 65-85% sensitive and 93-100% specific. The UK Medicines and Healthcare products Regulatory Agency has set a minimum 98% specificity threshold for LFIA. The panel therefore concluded that those currently available ‘do not perform sufficiently well for individual patient applications’.

The Roche Elecsys antibody test uses blood samples taken from patients by qualified healthcare professionals, Parker says. When analysed on a Roche testing platform the test claims 100% sensitivity after more than 14 days from PCR confirmation of SARS-CoV-2 infection and over 99.8% specificity.

What about new types of test?

Many different types of test are being developed to help resolve the Covid-19 crisis. One notable version uses the gene editing tool Cripsr, with different versions being developed by two companies, Mammoth Biosciences and Sherlock Biosciences. The tests use an enzyme – usually Cas9, Cas12 or Cas13 – that is associated with RNA strands that are designed to bind to sections of the viral RNA. It also includes RNA strands that contain ‘reporter’ sequences that act as the signal. When the viral RNA is bound, the Cas enzyme is activated to begin cutting RNA strands, which releases the reporter RNA sequences. These Crispr-based methods cause colour changes on paper strips to indicate the presence of the Sars-CoV-2 virus quickly and cheaply.

Roche’s Parker notes that Covid-19 has also pushed the rapid development of better PCR and antibody methods. ‘The speed of the Sars-Cov-2 virus pandemic has meant that tests that normally take two or three years to develop have had to be developed in months,’ he says. ‘This has never happened before in our lifetime.’