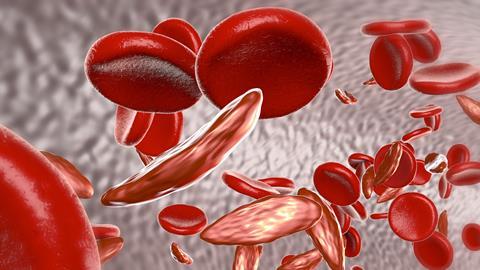 Glutamine-based drug is the first approved for children over 5

The US Food and Drug Administration (FDA) has approved a drug to ease complications associated with sickle cell disease in patients aged five years and older. Endari, an orally-administered form of the amino acid L-glutamine developed by Emmaus Life Sciences, is the first ever FDA-approved treatment for paediatric patients and the first in almost 20 years for adults.

Sickle cell disease is a hereditary disorder that predominately affects black populations. A mutation in the beta globin gene gives sufferers an abnormal form of haemoglobin that can cause their red blood cells to block blood vessels and restrict oxygen transport. It affects around 100,000 people in the US and around 25% of people in central and west Africa.

Endari reduces pain, swelling and occurrences of life-threatening acute chest syndrome by increasing the amount of free glutamine circulating in the blood. Red blood cells use the free glutamine to generate antioxidants. These antioxidants help defend sickle cells from oxidative stress, which makes them less likely to get stuck in blood vessels and capillaries.

Emmaus received support and incentives for developing Endari after agencies in the US and Europe designated the treatment as an orphan drug.