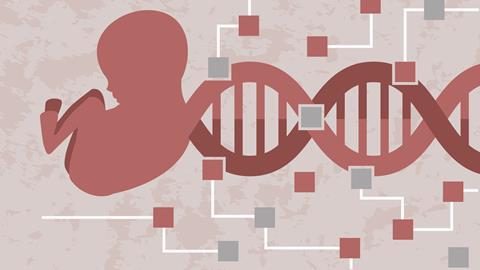 A new international commission has been convened to develop a framework for scientists, clinicians and regulatory authorities on the appropriate use of human germline genome editing. This action follows the Second International Summit on Human Genome Editing in November 2018, where Chinese researcher He Jiankui revealed that he had edited the genes of embryos that were subsequently implanted and carried to term.

‘These revelations at the summit in Hong Kong underscore the urgent need for an internationally accepted framework to help scientists, medical experts and regulators address the complex scientific and medical issues surrounding clinical use of germline genome editing,’ said the US National Academy of Medicine’s president Victor Dzau and Royal Society’s vice president John Skehel, who co-chair the new commission’s international oversight board.

The new panel – spearheaded by the US National Academy of Medicine and the National Academies of Science, together with the Royal Society – includes representatives from 10 countries. It plans to identify the scientific issues that must be evaluated before any clinical applications of germline genome editing, and assess possible mechanisms for long-term monitoring of children born with edited genomes. The commission, which will also outline research and clinical characteristics that would form part of an oversight structure, is expected to release its final report in spring 2020.

Meanwhile, the World Health Organization (WHO) has launched its own expert advisory committee on developing global standards for governance and oversight of human genome editing. That WHO panel, which will operate in parallel with this new commission, has called for a central registry on human genome editing research to provide an open and transparent database of ongoing work.

Guidance is clearly needed in the field. In January, He was fired by the Southern University of Science and Technology in Shenzhen, China, after being condemned for violating longstanding scientific principles and research ethics. Just two months later, leading geneticists called for a temporary global moratorium on germline editing to create genetically modified children.