Scientists move away from traditional drug candidates to evade resistance 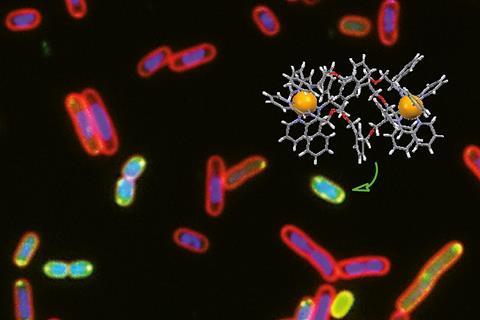 Researchers have created helical compounds that act in a similar way to the natural defence proteins made by many invertebrate, plant and animal species.

Nobel laureate Jean-Marie Lehn first described metallohelices – organic components wrapped around metal atoms in a helical structure – around 20 years ago. However, ‘these efforts have not yet been translated into real world applications, and helicates have so far largely remained as beautiful supramolecular species studied by academics,’ says Eugenio Vázquez, who researches supramolecular chemical biology at the University of Santiago de Compostela, Spain.

Now, scientists at the University of Warwick, UK, led by Peter Scott, David Roper and Nick Waterfield, in collaboration with researchers at the Czech Academy of Sciences have designed a set of small organic components that self-assemble around metal atoms, including iron, to give helical structures. The resulting metallohelices display antibiotic activity akin to antimicrobial peptides yet have clear advantages over peptides as potential drug molecules. ‘Peptides are difficult and expensive to make and also get chewed up by proteases before they can do their job,’ explains Scott. In contrast, metallohelices are easy to make on a relatively large scale, and should not be susceptible to those enzymes. They are also optically pure, stable and water soluble, which make them ideal drug candidates. 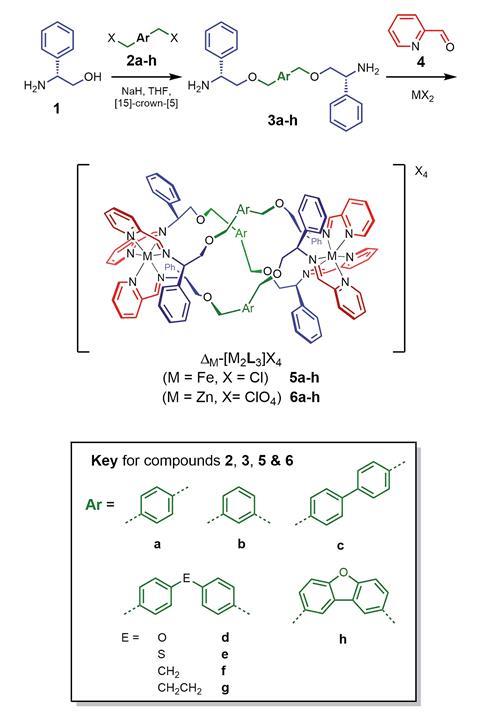 ‘Their underlying chemistry is so different from peptides, but we are now getting to the point where we can say that they are peptide mimetic,’ says Scott. This is significant as the threat of antimicrobial resistance grows. ‘Medicinal chemists are quite conservative and until now, have focused on conventional small molecule organics but the problem requires a much wider search in chemical space to produce new structures,’ says Jim Thomas, a bio-inorganic chemist from the University of Sheffield, UK.

Like antimicrobial peptides, the metallohelices appear to have numerous modes of action. The compounds are effective against a range of microbes, including Gram-positive, methicillin-resistant Staphylococcus aureus (MRSA) and Gram-negative microbes like Escherichia coli, and appear to evade antimicrobial resistance. The team exposed bacteria to small doses of the compounds but were unable to isolate any resistant microbes, indicating that the metallohelices target multiple different pathways at the same time. The chances of bacteria developing resistance to all of these mechanisms simultaneously is therefore very small.

‘The modularity of their structure is also incredibly attractive. If you do get some kind of resistance developing against the class of compounds, it is so easy to synthetically alter the structure,’ comments Jennifer Hiscock, a supramolecular chemistry expert at the University of Kent, UK.

Altogether, Scott says that they have finally managed to deliver on the initial idea that this class of compounds can emulate biological systems. ‘There are so many different molecules you can make with the platform we have developed. We’ve just scratched the surface, but we now have much more confidence that it is a platform that could produce new types of peptide-emulating drug.’