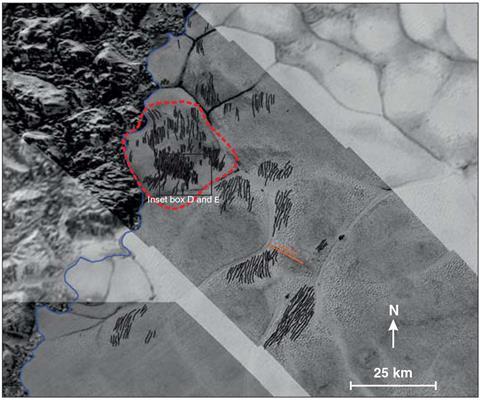 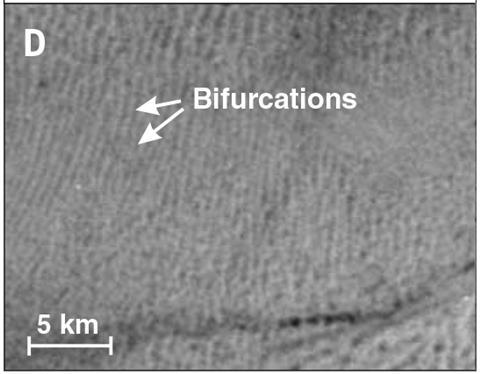 Dunes made out of solid methane particles have been discovered on Pluto.

An international team of researchers reviewed photos of the Tombaugh Regio – dubbed ‘the heart’ – snapped by the New Horizon space probe during its 2015 fly-by of the dwarf planet, and discovered 357 regularly spaced ridges along a bordering mountain range. Although these rippled features look like transverse sand dunes found on Earth, they are actually made of small methane ice particles.

Pluto’s surface is mostly nitrogen, which is solid at the average temperature of around −230°C. But nitrogen ice is too soft to form dunes, which requires the particles to roll and jump to form the rippled patterns. The scientists therefore propose that the dunes are made out of harder methane ice.

Pluto’s thin atmosphere means there is never more than a light breeze on the surface – enough to shape the dunes, but not enough to create them. The ice particles first have to become airborne, which likely happens through sublimation of nitrogen ice that takes methane particles with it in the process.

However, the researchers don’t rule out that the ridged patterns are penitentes rather than dunes. These closely spaced ice thin ice blades are also found on Earth and are caused by the sublimation of snow in dry air at high altitudes.