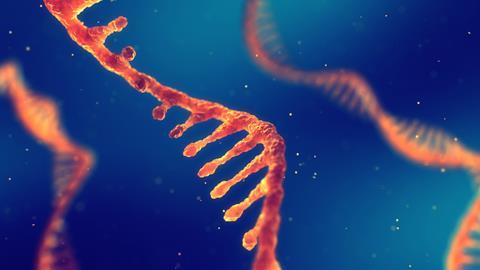 A study combining experiments and mathematical models shows that minerals inherently select for longer RNAs, and that this is energetically favourable.1 The findings suggest that minerals played a supporting role in the emergence of genetic complexity in the origins of life.

In the RNA world model of prebiotic Earth, RNA molecules act as both information carriers and catalysts. RNAs exist in a variety of lengths. Long RNA molecules carry more information, and are more likely to perform a complex catalytic activity like polymerisation than shorter ones. However, shorter RNAs outcompete longer ones in terms of replication, losing genetic information from the system. Other factors must therefore have been at work promoting genetic variation. Many scientists believe that life-like properties first appeared in environments like hydrothermal vents, which promote the selection of longer RNA molecules.

Building on previous work showing the selectivity of hydroxyapatite for longer RNAs,2 Mizuuchi’s team wondered how general this result was. To investigate, they picked five common minerals – calcite, pyrite, pyrrhotite, magnetite and hydroxyapatite – and incubated each with a random mixture of different length RNAs in the presence of Mg2+ ions. The concentration of long RNAs collected from the surface of the minerals was higher than in the surfactant, showing the minerals’ preference for long RNAs. This surprised the team as they ‘originally thought some minerals would select for longer RNAs and others would not.’ Elisa Biondi, from the Foundation for Applied Molecular Evolution in the US, who was not involved in this study, says that ‘length selection on mineral surfaces is something that people felt had been going on for a long time’ but it is ‘about time someone gave it an experimental look’. 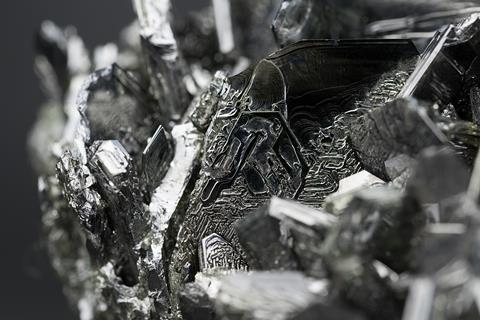 To find out why this happens, they modelled the thermodynamics. Results show that the selectivity is not based on the chemical composition of a particular mineral, as they expected, but rather on the surface structures present. When RNAs move from solution to a mineral surface, they have an associated adsorption energy – the longer the RNA, the higher the adsorption energy. They also have a set entropic penalty for moving onto the mineral surface, but this is independent of RNA length. So, there is more to be gained energetically when long RNAs adsorb to the surface over shorter ones. ‘As confirmed by our theoretical study, mineral surfaces can be inherently capable of selecting for longer RNAs, at least to some extent, which surprised me,’ says Mizuuchi.

Mark Ditzler, who works on the origin and early evolution of life, particularly RNA world theories, in the exobiology branch of the Nasa Ames Research Center, US, describes this study as ‘the most intellectually satisfying examination of RNA-mineral interactions to date’. He goes on to say ‘I really appreciate the way the researchers bring together theory and experiment.’

The team think their findings show that life-like processes were not restricted to specific environments like hydrothermal vents, but rather could happen anywhere minerals are present. This is essentially anywhere on Earth, and maybe even other planets. However, Biondi adds that strong adsorption limits the mobility of molecules, meaning they are ‘not freely available for other interactions and reactions, so a less adsorbing surface would probably be a better choice for a molecule that is trying to evolve.’ Mizuuchi agrees, saying that it is difficult to identify RNAs that function while adsorbed to a mineral, and that RNAs might become trapped on mineral surfaces, which could reduce their catalytic activity.