A reagent that allows the concentration and activity of α-amylases to be determined from a crude mixture of enzymes has been developed by scientists in Canada and Denmark. The compound could help researchers select and optimise new α-amylases for industrial applications. 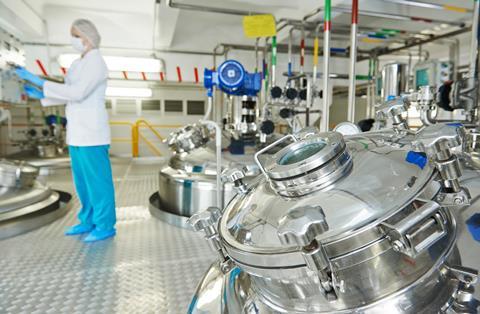 α-Amylase catalyses the hydrolysis of the α-1,4 glycosidic linkages in starch to give simpler carbohydrate chains. It’s the most abundant protein in human saliva but has also been derived from fungi, yeasts and bacteria to be used in industry for making food, paper and biofuels. And while α-amylases make up 25% of the world’s enzyme market, α-amylases can be difficult to store, expensive to make and difficult to recover and reuse. A lot of work therefore goes into searching for new or improved α-amylases to achieve the best results for specific applications.

To help in this quest, Stephen Withers from the University of British Columbia and his group have now developed an active site titration reagent for α-amylases. ‘What has been missing in this field is a way to quickly measure the exact concentration of the enzyme that you have, because that is an important parameter that you need to in order to help to choose the best enzyme or the best mutant that you have generated,’ explains Withers. ‘Our reagent allows you to quite quickly, with very small amounts of the enzyme, exactly measure its concentration and measure its activity.’

The group made the reagent by attaching a fluorogenic leaving group onto an unsaturated cyclitol ether, so that a highly sensitive fluorophore is released when it comes into contact with the active site of the enzyme.

Similar reagents are available for other enzymes, but this is the first time scientists have managed to prepare such a reagent for α-amylases. Withers says their new reagent ‘could be used immediately’ when screening mutant enzymes. 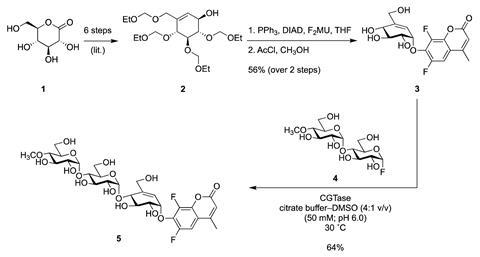 ‘[They] have solved the chemical challenge of producing inhibitors that react stoichiometrically and essentially irreversibly with active sites in α-amylases,’ explains Birte Svensson, an expert in enzyme and protein chemistry, at the Technical University of Denmark. ‘The principle is based on the high kon and extremely low koff rates designed for a new type of glycosidase substrates in which a chromophore is released from an enol ether of a hydroxylated cyclohexene ring de facto leading to a mechanism-based stoichiometric inactivation.’

Withers’ team has previously worked on finding inhibitors of human amylases for therapeutic applications, and one candidate has been approved for phase 1 human clinical trials to see if it can help control blood glucose levels. The titration reagent developed in this work could help in the discovery of other therapeutic amylase inhibitors.