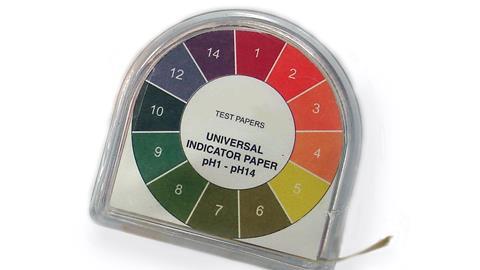 Cast your mind back to school science lessons on acids and bases. You almost certainly used a chemical indicator to measure the pH of a substance, and it’s likely that that indicator contained this week’s compound. Here, Kat Arney digs into its colourful history.

The origins of phenolphthalein lie in the German chemical industry during the heyday of artificial dye discovery in the late 19th century. An organic molecule made of only carbon, hydrogen and oxygen, it was first synthesised in 1871 by Adolf von Baeyer, who combined phenol and phthalic anhydride in the presence of sulfuric acid or zinc chloride – the same method that is still used for manufacturing it today.

The molecule found its first use as a pH indicator as it’s colourless in acids but turns bright purple-pink in alkaline solutions. If you’ve ever done an acid base titration experiment or used pH indicators in research then it’s likely that phenolphthalein was involved. It’s also used in the building trade as a way of testing for carbonation in concrete – a process in which carbon dioxide dissolves in water trapped in pores in the concrete, creating carbonic acid. This reacts with calcium compounds in the material, forming the mineral calcite and lowering the pH. 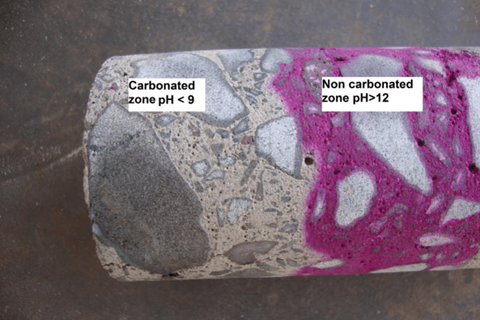 Carbonation reduces the strength of concrete and also increases risk of corrosion of any steel supports inside a structure, with potentially catastrophic results. Painting on a solution of phenolphthalein is an easy way to check for the extent of carbonation inside a concrete slab: pink areas are alkaline and uncarbonated while carbonated areas will remain unstained, suggesting there is a problem. 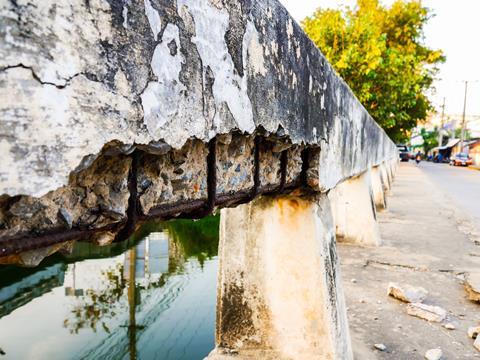 Away from the lab and the building site, there’s another very different use for phenolphthalein, dating back to the early 1900s. Apparently, the Hungarian government seized on the chemical as a way of solving a pressing problem when their grape harvest failed, leaving them with little choice but to import wine from other countries. These imported drinks lacked the deep red colour the people expected, so the authorities decided to add a dash of phenolphthalein to the wine supplies to redden them up. It being the early 1900s, nobody had thought to test whether it was actually safe to use as a food additive first, which might have avoided the unpleasant result: a mass outbreak of diarrhoea.

Over in Brooklyn, New York, an enterprising Hungarian pharmacist called Max Kiss noticed this unusual story from his motherland and realised that although phenolphthalein was a terrible addition to wine it might be a useful solution to the problem of constipation. He got to work on a concoction combining phenolphthalein with chocolate, resulting in a product he called Bo-Bos. 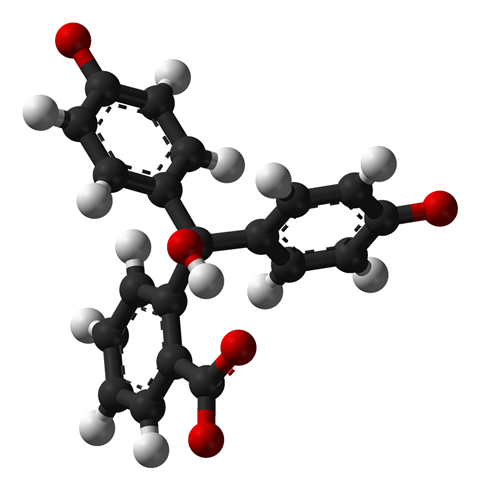 Kiss wasn’t convinced by the name, however, and yet again turned to the Hungarian news for inspiration. At the time, the country’s parliament was in deadlock – a term often shortened in print to a word sounding like ‘ex-lax’. Transferring this idea of a political blockade to a biological one, Kiss renamed his excellent laxatives Ex-Lax, and the rest is history. Ex-Lax was launched in 1906 and quickly bought out by Swiss pharmaceutical giant Novartis. Over the next 90 years it became the best-selling laxative of all time, not to mention the source of many a student prank.

Because Ex-Lax is so old, it was on the market long before stringent testing for drug safety became widespread. As far back as the 1930s doctors were raising concerns that it could cause serious side effects including rashes, fainting and bloody stools. But when the US Food and Drug Administration, or FDA, finally began safety tests on common over-the-counter drugs in the 1970s, Ex-Lax was deemed to be safe for short-term treatment of constipation – a big relief for the manufacturers as well as the consumers. 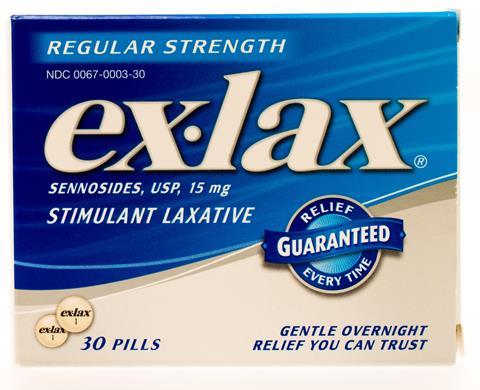 At the same time, another federal agency – the National Cancer Institute – was doing its own research, investigating whether common chemicals could cause cancer in animals or humans. It took until the 1990s to show that phenolphthalein was carcinogenic in rodents, and IARC, the International Agency for Research on Cancer, has declared phenolphthalein to be a Group 2B carcinogen, meaning that it possibly causes cancer in humans. Even so, it was banned as an over-the-counter laxative in the US and many European countries in 1997. Manufacturers using phenolphthalein in laxatives switched to other drugs, including extracts from the leaves and fruits of the senna plant and the chemical bisacodyl, which has a similar molecular structure to phenolphthalein. However, phenolphthalein laxatives are still widely available in many parts of the world, so it’s wise to check the label if you’re in need of a little assistance in the bathroom department.

That was Kat Arney on phenolphthalein and the history of Ex-Lax. Now, if you take regular medication you’ll have noticed that the advice is usually to wash it down with a glass of water. But what if you prefer a nice fruit juice? Florence Schechter joins us with one reason why that might not be a good idea.

In 1998, the grapefruit juice effect was discovered. A class of compounds called furanocoumarins in grapefruit, and indeed most citrus fruits and apples, are responsible for a bizarre phenomenon. They can interact with a host of different drugs, leading to either higher or lower levels of the drug in the bloodstream, depending on the particular drug.

Share a glass of grapefruit juice with Florence next week. Until then, you can email chemistryworld@rsc.org with any questions or comments, or tweet @chemistryworld. I’m Ben Valsler, thanks for joining me.