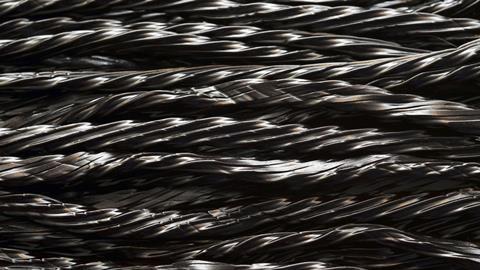 Some love it, others loathe it, but the smell and flavour of liquorice is instantly recognisable. Now chemists have identified the precise mixture of compounds responsible for the first time.

Liquorice is most commonly encountered in its sticky black sweet form, where the extract of Glycyrrhiza glabra root has been boiled up with sugar, flour and gelatine. But the raw root itself has a long history of use in traditional medicine. 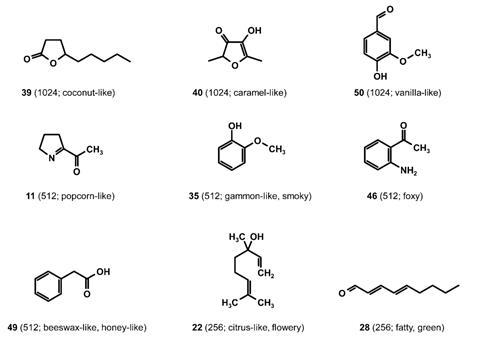 Peter Schieberle and colleagues at the Technical University of Munich in Germany say that although the characteristic aniseedy smell of liquorice is well known, there is a lack of data on the volatile compounds responsible. Schieberle adds that there have also been ‘no studies focused on a systematic characterisation of the key aroma compounds to get information about the contribution of single odorants to the overall aroma’.

The team isolated key volatile compounds in samples of liquorice root using a combination of GC–MS and aroma extract dilution analysis (AEDA), which measures the extent to which a compound can be diluted and still retain its flavour or aroma. This process identified 50 ‘aroma-active’ compounds, 16 of which were detected in raw liquorice for the first time. A panel of olfactory experts was called upon to determine the ‘quality’ of the odour for each compound. These included ‘aniseed-like’, ‘earthy’ and ‘burnt’ alongside more unusual odours: ‘popcorn-like’, ‘sweaty’, ‘foxy’ and ‘deep-fried’. 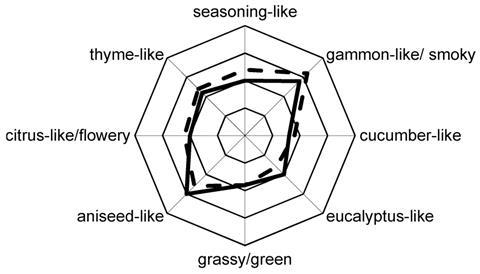 As only some of the volatiles in a food contribute to its aroma, the team worked out an odour activity value (OAV) for each of these compounds, taking their naturally occurring concentrations and the strength of their aroma into account. They found 39 of the compounds had an OAV of more than one, suggesting they contributed to the overall liquorice smell. Of these, the eucalyptus-like monoterpene 1,8-cineole and the phenylpropanoids eugenol (clove-like), anethole and estragole (both aniseed-like) are thought to be among the most important components.

The team then did a recombination experiment to verify their results, mixing the 39 compounds in their naturally occurring concentrations and using a sensory panel to compare this mixture’s aroma to that of raw liquorice. There was a high degree of similarity between the two aroma profiles, and the researchers concluded that they had successfully identified the compounds that make up the smell of raw liquorice.

Ian Fisk, head of flavour chemistry and director of research for biosciences at the University of Nottingham, UK, says the work is ‘a good example of the molecular sensory science concept’. ‘It is good to see that the recombination experiment was successful, validating the AEDA approach. I would expect this information to be of use for plant breeders and the food industry to understand how to enhance flavour stability and the consumer experience,’ he says.