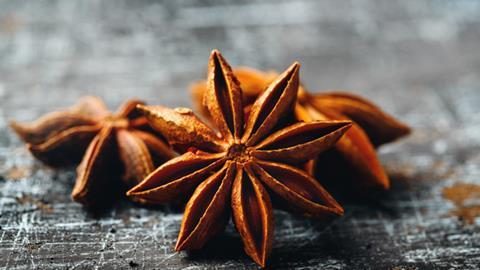 This week, Kat Arney introduces a compound at the core of modern weed-killing practices, and oddly enough, it comes from a plant…

The Japanese star anise - Illicium anisatum, to give it its proper name, or shikimi as it’s known in Japan – is an elegant plant. Broad green leaves surround white many-petalled flowers, which in turn give rise to eight-pointed star-shaped seeds. It’s also the source of the chemical shikimic acid, first purified by Dutch chemist Johan Fredrik Eykman in 1885. Composed solely of carbon, hydrogen and oxygen, shikimic acid is an important starting ingredient in several multi-step biochemical manufacturing processes found in a wide range of lifeforms from bacteria and fungi to parasites and plants. 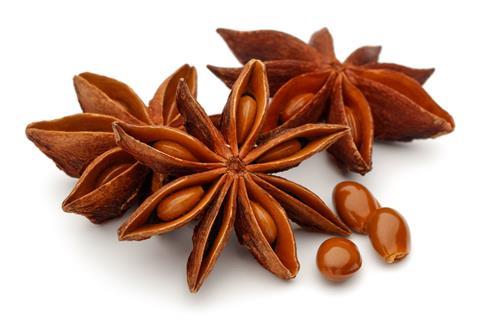 This so-called ‘shikimate pathway’ transforms shikimic acid into molecules such as the amino acids phenylalanine and tryptophan (two of the building blocks of proteins) and other useful chemicals. Importantly, this pathway isn’t found in humans and other animals. Not only is this relevant from an industrial point of view, as we’ll see later, but it also means that because we can’t make them ourselves, we have to make sure we eat foods containing phenylalanine and tryptophan, otherwise we’re in serious trouble.

Shikimic acid isn’t only an important ingredient feeding into the biological factories inside cells; it’s also used as a starting material by pharmaceutical factories making an anti-viral drug called oseltamivir – more commonly known by the brand name Tamiflu. It’s the world’s most widely-used antiviral drug for nasties such as swine flu, bird flu, and the regular (but still horrible) winter flu. 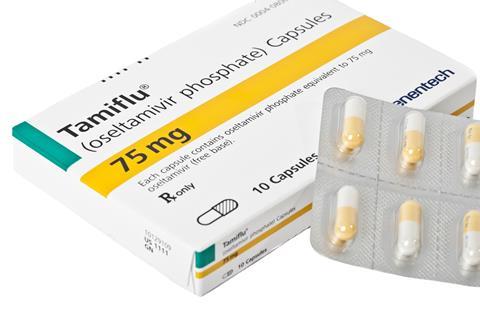 Chinese, rather than Japanese, star anise is used to generate shikimic acid for making Tamiflu, but due to the relatively small amounts of the chemical in the plant, this is a major bottleneck in the process, taking the blame for a shortage of the drug during the 2005 bird flu scare. As a result, the cost of raw shikimic acid can vary by up to 100 per cent, depending on whether a flu outbreak is imminent.

As well as acting as a starting point for making drugs, shikimic acid has another important industrial application, but in a more roundabout way. The weedkiller glyphosate, also known as Roundup, interferes with the shikimate pathway in plants, blocking an enzyme called 5-enolpyruvylshikimate 3-phosphate synthase, or EPSP for short. As a result, they can’t produce the essential amino acids and other shikimic acid-based chemicals they need, so they die. And because humans and other animals don’t have the shikimate pathway, it can’t cause us problems in the same way.

The cost of raw shikimic acid can vary by up to 100 per cent, depending on whether a flu outbreak is imminent

These properties make glyphosate a broadly very safe and effective herbicide, but because the shikimate pathway exists in crop plants as well as weeds, it can’t distinguish between the two. To get around this problem, agrochemical researchers developed genetically modified rape seed plants and other crops that carry a version of the EPSP enzyme that can’t be blocked by glyphosate, so they can survive being sprayed with the weedkiller. Crops altered in this way are sold as ‘Roundup Ready’. Overall, this means better crop yields and more efficient farming, although it’s arguably led to more widespread glyphosate use and the risk of the resistance gene spreading into weeds – issues that farmers and the agrochemical industry are working on addressing. 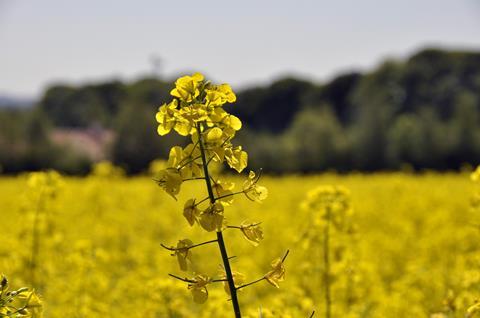 One final thing to mention about shikimic acid – or, rather, the star anise plants it comes from – Japanese star anise is highly toxic, and its pointed seeds can’t be distinguished from the edible Chinese variety but can cause seizures and other serious problems.  So if you fancy getting that tasty liquorice hit in your cooking, make sure you stick to Chinese star anise, rather than this fascinating chemical’s Japanese namesake.

Kat Arney on shikimic acid. Next week, we look back to a day of devastation that took place over thirty years ago.

What does the year 1984 mean to you? The chances are you will think of the classic dystopian novel Nineteen Eighty-Four written by George Orwell and published in 1949. But to many people around the world, particularly chemists, industrialists and the people of India, 1984 has another much more sinister significance. It was the year that the world’s worst industrial disaster occurred.

Michael Freemantle takes a look at the Bhopal tragedy, in which many thousands died and even more were left with life-changing disabilities, and the compound at its heart – methyl isocyanate. Until then, do get in touch through the usual channels with any questions, comments or compound suggestions. I’m Ben Valsler, thanks for joining me.