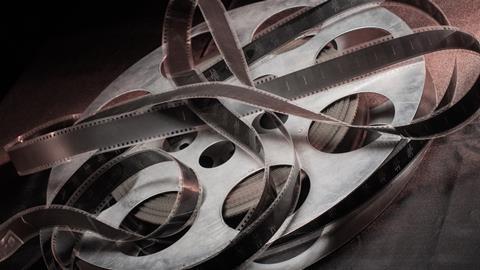 Detecting volatile compounds released by certain polymers could help museums diagnose degradation in plastic artefacts such as celluloid film and old toys. This could help these institutions to prioritise preservation work and stop polymer artwork and heritage objects from crumbling away.

Although many plastic items are made to be thrown away once they reach the end of their usefulness, some objects – works of art specifically made out of synthetic polymers or even regular household items – have made it into museums. However, few museums keep many plastic items so little is known about how to analyse and conserve them.

A team around Katherine Curran and Matija Strlič from University College London, UK, decided to change this by repurposing a technique that has been hailed as promising in medical diagnostics: volatile organic compounds (VOC) analysis. But instead of looking for molecules in the breath that might indicate disease, the team found VOCs that signal decomposing plastics – the first time such an analysis has been done.

Using a gas chromatography–mass spectrometry system to ‘smell’ the individual compounds plastics release, the scientists could classify objects at different stages of degradation. Out of three polymer statues held by the Tate collection, one was diagnosed to be more urgently in need of protective conservation measures than the others, despite few visible differences.

The 1923 piece called Head made out of celluloid – a mixture of nitrocellulose and camphor – released more VOCs asssociated with degradation than the other two cellulose acetate objects from 1927 and 1937. Nitrocellulose emits more furfural and less camphene the longer it has been exposed to heat and humidity.

Decomposition VOCs were also identified for polyurethane, cellulose acetate, cellulose propionate and polystyrene. The technique doesn’t work with polyethylene and polyvinyl chloride, however, as the team couldn’t identify any VOCs that clearly indicate degradation.