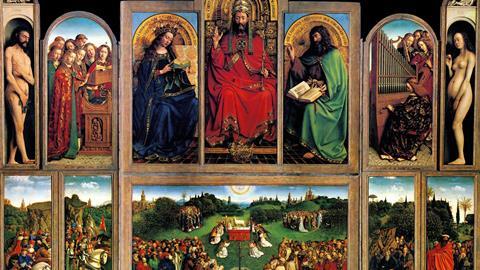 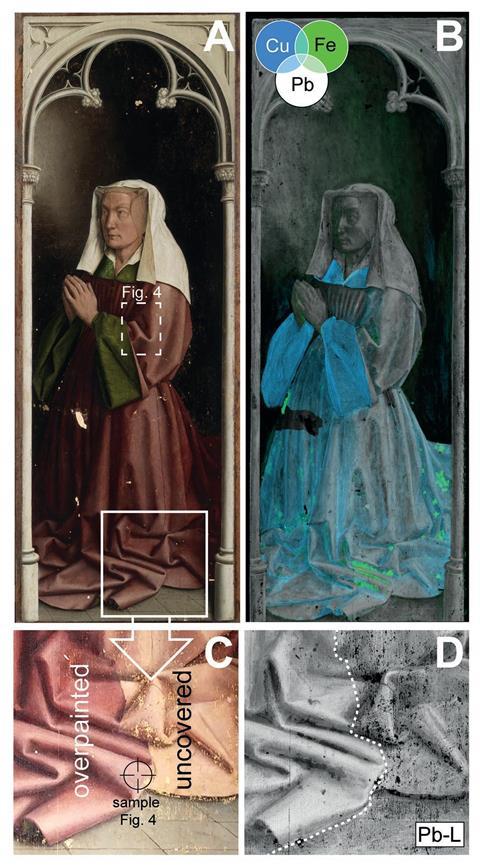 Considered by many to be the pinnacle of European medieval painting, the Ghent Altarpiece is also known for being the most stolen piece of art of all time. Now, with the help of an x-ray fluorescence scanner, researchers have shown that 70% of the original work has been covered with overpaintings for almost six hundred years. Thanks to new imaging techniques, the Belgian team identified the van Eyck brothers’ original brushwork, a discovery that has allowed curators to restore the painting to its original state.

Although scientists have used x-ray fluorescence to analyse paintings for years, scanning big surfaces has presented a challenge. ‘Until now, you [had to] either take samples from the painting or use a portable X-ray fluorescence device. But you could only analyse a limited number of points, missing interesting features,’ explains Geert Van der Snickt, a cultural heritage scientist at the University of Antwerp who led the study. ‘[Now], for the first time, we can scan entire paintings.’

The researchers developed their own automatic x-ray scanner, capable of analysing half a square metre of painting in 24 hours. ‘We mount everything on a scaffold that moves the instrument horizontally and vertically,’ Van der Snickt explains. ‘[The] results are not spectra or graphs, which may be complicated for conservators and art-historians. They are presented in the form of images […] that you can immediately relate to what you see on the painting.’

Analyses revealed a whole layer of paint that didn’t belong to the medieval period. Red parts, originally painted with vermillion red – mercury(II) sulfide or cinnabar – had been covered with a cheap, reddish, iron(III) oxide paste. Some purple hues, originally obtained with natural pigments, had been covered with copper and lead salts, typically used during the 16th and 17th centuries. ‘It is common for old paintings to have been altered from their original state,’ says Daryl Howard, senior scientist at the Australian Synchrotron, ‘[but] I found surprising how much of the artwork was overpainted.’ 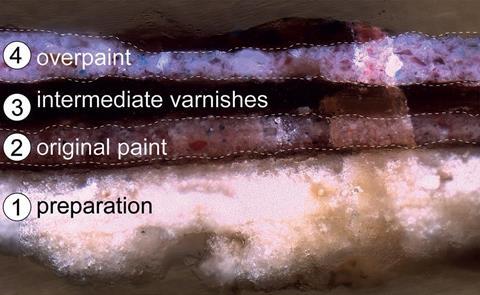 Layers of paint in the Ghent Altarpiece

Van der Snickt was especially surprised to find zinc among the elements in the original layer. ‘You would rather expect zinc in 19th century pigments, but in this case it is clearly present in the medieval layer,’ he says. Researchers suggest van Eyck may have used zinc sulfate as a drying agent. ‘Some old recipes often include this ingredient but, to my knowledge, it’s the first time it’s found during analysis,’ says Van der Snickt.

Moreover, because the researchers could see van Eyck’s brushwork was perfectly preserved, they reassured curators to scratch the overpainted layers and unveil the original masterpiece. ‘I was impressed to see the original come back to life,’ comments Howard.