Test to tell if your mince is telling porkies

Scientists in the UK are battling food fraud with a new quantitative method for detecting pork in beef mince using metabolic fingerprints.

‘Doping beef mince with cheaper pork meat has become a common practice for economic gain,’ explains team member Drupad Trivedi, from Roy Goodacre’s group at the University of Manchester. Though this in itself is not life-threatening, doping and mislabeling meat raises significant ethical and religious concerns. 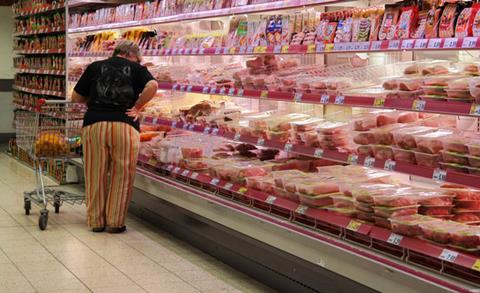 The Manchester team spiked beef mince with varying amounts of pork. Metabolomics and lipidomics then established panels of metabolites in the mince that act as chemical fingerprints for cellular processes. Comparison of these metabolite panels correlated the level of pork doping with glutathione and inositol metabolic pathways, suggesting these as a signature for pork adulteration.

DNA profiling is the current method of choice for spotting meat fraud, recently detecting horsemeat in products labeled as beef mince throughout the UK. ‘The problem with DNA profiling is that it simply looks for a few strands of DNA, but when you get a hit you can’t tell if the meat is 1% fraudulent or much more,’ says Malcolm Povey, who investigates new methods for characterising food at the University of Leeds, UK. Instead, the method used by the Goodacre group offers direct information on the extent of contamination rather than a simple yes or no answer from DNA testing.

‘Important questions such as the origin of these specific metabolites remain unanswered,’ points out Marcelo Martins de Sena, a chemist specialising in analytical techniques for food at the Federal University of Minas Gerais, Brazil. It’s not as clear-cut as cow versus pig as a variety of factors can cause varying levels of metabolites, ranging from the meat processing methods used, to the feed and environmental conditions of the livestock.

‘We are currently investigating how different diet and source of the meat affects the metabolites and primary metabolic pathways,’ answers Trivedi. ‘If these give us the same target metabolic pathways, this research gets really interesting.’

Trivedi’s dream is a portable, dipstick for detecting pork doping. With further validation of the work started here, there may soon be a probe that can tell you if and exactly how much ham is in your hamburger.