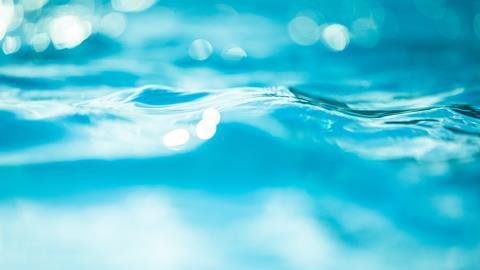 Unexpected appearance of water makes a big difference to supramolecules

Self-assembly subtly altered by trace amount of water in solvents

Water can play an important role in the self-assembly of molecular structures – even when it is not supposed to be present. This curious discovery was made accidentally by researchers in the Netherlands when they inadvertently dried a sample in a spectrometer – only to find that the structures they were investigating had disappeared. The discovery could help researchers to control the production of next-generation catalysts.

Although organic chemistry is usually performed in organic solvents like alkanes, even these contain tiny quantities of residual water. Researchers have known for decades that this water comprises almost entirely individual molecules: ‘They’d like to form hydrogen bonds but there’s too much of an energetic cost to create a cavity big enough to hold a dimer of water,’ explains Nathan Van Zee of the University of Eindhoven. As they are present in such minuscule quantities, however (usually less than 0.01% weight at room temperature), such frustrated, high-energy water molecules are often assumed to have a negligible effect on reactions.

In September 2016, however, Van Zee and colleagues were investigating the self-assembly of biphenyl tetracarboxamide dissolved in methylcyclohexane. The circular dichroism of the solution – its rotation of the polarisation of light – depended on the temperature. At high temperatures, it did not rotate the polarisation at all, suggesting the molecules were fully dissolved. As the temperature dropped, however, the solution rotated the polarisation first one way and then the other. This suggested the molecules were passing through several self-assembled supramolecular helical polymers with opposite handedness. Bizarrely, however, the transition temperatures were different in supposedly identical samples. ‘This was really confusing and really frustrating – I thought maybe my molecule was degrading or something like that,’ says Van Zee.

The breakthrough came when Van Zee accidentally left a sample at 5°C in a spectrometer overnight, only to find that the next morning it showed the opposite circular dichroism to all his other samples at low temperatures. On closer inspection, he noticed the Teflon stopper on the cuvette had contracted overnight, dehydrating the sample in the ultra-dry atmosphere of the spectrometer. The dehydrated sample no longer showed the switch in circular dichroism at low temperatures. ‘I finally got on the track of understanding that water was playing this important role,’ says Van Zee. With hindsight, he says, previously inexplicable inconsistencies could be explained by variations in humidity.

‘As presented now, this is really a fundamental study,’ says Van Zee, explaining that the supramolecular polymers are only stable in their solution, which would make it difficult to extract and use them. ‘An interest in our group is to maybe deposit them on a surface … this is not something that’s industrially done but this may be the next step in making new kinds of enantioselective catalysts.’

‘I think the paper is a beautiful piece of work, with extraordinary, highly-detailed and very convincing experimentation,’ says Samuel Stupp of Northwestern University, US. ‘They definitely prove the importance of water.’ He cautions, however, that controlling a solvent’s water content precisely enough to manipulate supramolecular structure might prove difficult or impossible. Nevertheless, he concludes that ‘if you have a molecule that’s going to create a supramolecular structure – particularly one with hydrogen bonds – you need to pay attention to the water content if you want to get reproducible structures: the paper has that message very clearly.