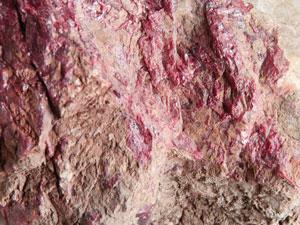 Vermilion, cinnabar, mercury sulfide, HgS. Four names for pretty much the same thing – chemically, at least. It’s not only one of the oldest, brightest, most widely used and best-loved red pigments, but possibly one of the first compounds to be made synthetically. From Chinese lacquerware to medieval European masterpieces to mesoAmerican civilisations, this simple compound has been used everywhere. 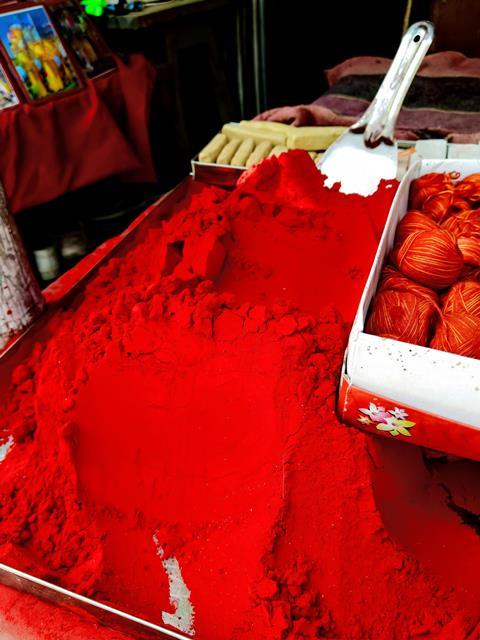 The pigment vermilion is just the mineral cinnabar ground up really fine, and cinnabar is the naturally occurring form of mercury sulfide, HgS. It has a hexagonal distorted-rock-salt crystal structure. There is another mineral form of mercury sulfide, known as metacinnabar, which is black – but this is much less commonly found in nature. Having said that, there’s a chance you might have made it in the lab: it’s the insoluble black gunk that precipitates out when you bubble hydrogen sulfide through a solution containing mercury two-plus ions.

Known since ancient times and even mentioned in the Bible, vermilion was even made from its constituent elements in China around the 4th century BC. But surprisingly, its wonderful colour was not universally popular. The Roman writer Pliny decried the modern use of flashy bright red pigments like vermilion back in the first century AD, when it became more widely available thanks to trade links with the far East. But that didn’t stop ancient Romans wanting bright red coloured things, as uncovered frescos in Pompeii show. Mind you, the cost of covering an entire wall in vermilion must have been extortionate, as using it was at times as expensive as gilding. It’s hard to imagine nowadays, that simple red paint could be as expensive as gold.

Cinnabar is more than just the source of a pretty red pigment, however. It’s the principal source of mercury, and has been since antiquity. The largest reserve of the ore is in Almaden in Spain, which was mined from Roman times until the year 2000. For a long time, slaves and convicts worked the mine, with terrible losses from mercury poisoning. The liquid metal was crucial for extracting gold and silver from their ores using the amalgamation technique. Mercury was itself extracted from cinnabar by roasting and with Spain needing to exploit the riches of the New World, it was greatly in demand.

It may now have been superseded by cheaper and less toxic pigments, but vermilion has been keeping human civilisation looking bright and beautifully red for most of our history

Vermilion was an alchemist’s dream, because it combined two of their basic substances, darkly metallic mercury and bright yellow sulfur, to create a striking red powder. An eleventh century monk has left behind a detailed lab protocol for making it:

‘Take sulfur, break it up on a dry stone, and add to it two equal parts of mercury, weighed out on the scales. When you have mixed them carefully, put them into a glass jar. Cover it all over with clay, block up the mouth so that no fumes can escape, and put it near the fire to dry. Then bury it in blazing coals and as soon as it begins to get hot, you will hear a crashing inside, as the mercury unites with the blazing sulfur. When the noise stops, immediately remove the jar, open it, and take out the pigment.’

Unlike the next expensive wonder pigment that stole the place as favourite of those fickle artists, ultramarine, vermilion unfortunately fades over time. Many of those bright vivid reds are dull browns today. This was actually known to painters in Renaissance times, as artist and writer Cennino Cennini noted: 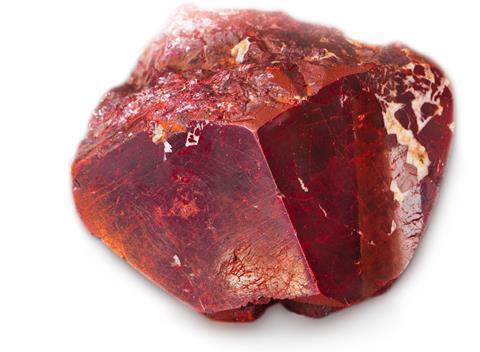 ‘…bear in mind that it is not its nature to be exposed to the air, but it stands up better on panel than on the wall; because, in the course of time, from exposure to the air, it turns black when it is used and laid on the wall.’

But how exactly? Well, some of that was due to impurities, but even the purest vermilion, as used by great artists like Rubens, can fade. Recently, it was discovered that mercury sulfide on the surface of painting or frescoes can attract chloride ions, which are present in humid air. These react to form a mercury sulfide chloride compound called corderoite, Hg3S2Cl2. This then reacts with oxygen, destabilising it enough to mean that a photon of the right wavelength can produce pure mercury. And it’s this that causes the darkening. What’s worse is that what’s left behind is mercury chloride – the sulfur dioxide having wafted off away from the painting – which can dissociate to give even more mercury metal.

It may now have been superseded by cheaper and less toxic pigments, but vermilion has been keeping human civilisation looking bright and beautifully red for most of our history. Hopefully, now that chemistry has discovered exactly how it is fading, it can now work out how to restore these masterpieces to the vibrant colour they deserve to be.

Chemistry World’s Neil Withers there, with the colourful and historical chemistry of vermilion. Next week, a fine line between two very different compounds.

And discover the origins of this confusion and the importance of albumin by joining Nate Adams in next week’s Chemistry in its Element. Until then, thanks for listening, I’m Meera Senthilingam.