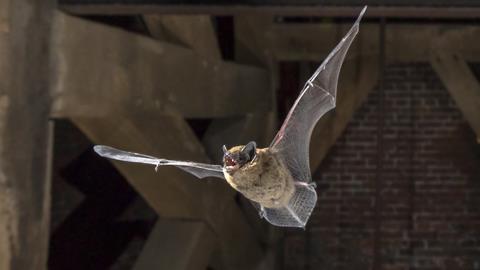 This week, Katrina Krämer brings us the antiviral drug with an odd structure that helped a teenager to survive a case of rabies…

It started with fatigue, a headache, vomiting and a fever. Jeanna Giese, a teenager from Wisconsin, US, thought she had caught the flu. But a few days later, she had developed double vision; her speech became slurred. Her mother decided to take her to the hospital.

At that point, only a tingling sensation in her arm reminded her of something that had happened almost a month earlier: Jeanna had been bitten by a bat. When she had picked up the apparently injured animal, it had nipped her finger. Just a scratch, she had thought, washed the tiny bite mark with disinfectant, put on a plaster and didn’t think about it further. 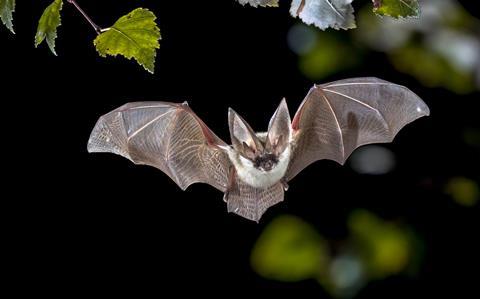 Only when questioned by hospital staff, Jeanna’s mother remembered the incident. Tests confirmed that the bat had infected Jeanna with rabies, a deadly viral disease. Her condition deteriorated rapidly over the next few days. She drifted in and out of consciousness, and showed all the signs of the virus running rampant in the brain: twitchy muscles, confusion, tremors, drooling and problems swallowing.

Jeanna’s parents decided that doctors should try an experimental treatment. Using barbiturates, the teenager was placed in a comatose state. Then, her system was flushed with massive doses of antiviral drugs – one of which was amantadine.

Amantadine sneaks its way into virus cells where it settles inside the proton channels. These ion channels are important for the virus’ replication after it enters the host cell. With amantadine in the way, there’s no proton transport and the virus has no chance of replicating. 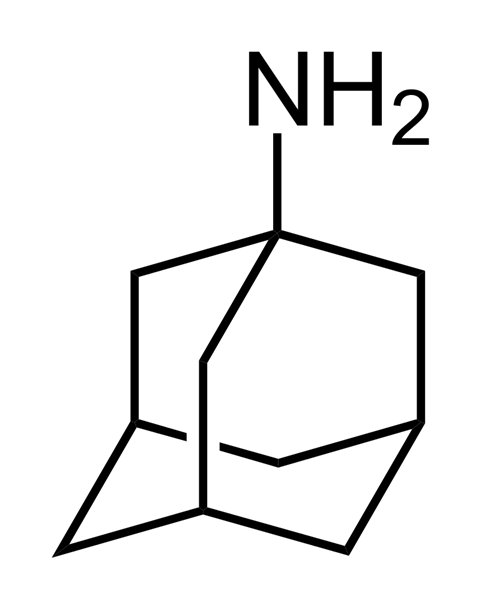 From a molecular point of view, amantadine isn’t like other drugs. No chiral centres, no polar functional groups, nothing really that would indicate what medicinal chemists call drug-like properties. It is one of the smallest small molecule drugs, consisting of just an amine group attached to an adamantane cage. This carbon cage is essentially three interconnected cyclohexane rings. Its carbon atoms are arranged in the same way as they are in a diamond.

With a structure like this, drug discovery chemists today would probably chuck it in the bin before it could go through any biological testing. But in the 1960s, when a group of researchers at chemistry conglomerate DuPont first realised that amantadine was an excellent antiviral, ideas of how drugs need to look might have been a bit different.

Amantadine has long been used as a flu medication. Maybe too much, as we discovered during the 2009 flu pandemic. Although that year's flu season wasn’t more deadly than any other year since, the influenza strain emerging that year seemed to disproportionately affect otherwise healthy children and adults. That year’s H1N1 virus had become entirely resistant to the drug – as have all other seasonal influenza strains since. In the US, amantadine is therefore no longer recommended as a flu treatment.

For Jeanna, amantadine became a lifesaver. By placing her in an induced coma, doctors managed to stop the virus from damaging the brain. Helped along by the antiviral drugs, this gave her immune system the time it needed to battle the virus. After two and a half months in the hospital, Jeanna was discharged and eventually made a full recovery. She became the first person to survive rabies without ever receiving a vaccination. 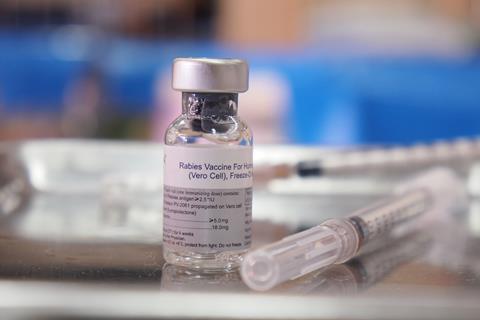 But Jeanna’s case might have been exceptional. While initially hailed as cure for late stage rabies, doctors trying to repeat the procedure on critically ill patients frequently met with complications. A 2016 review, documenting 31 failed attempts at using induced coma and antiviral drugs to manage rabies, urges physicians to abandon the approach.

But while amantadine fell out of favour as an antiviral, it might have a brighter future as a medication for Parkinson’s disease. In 1969, scientists discovered – more or less by accident – that amantadine reduced some of the movement disorders that come with Parkinson’s. Although the molecular mechanism behind the effect remains poorly understood, it seems to stimulate release, and block reuptake, of dopamine in the brain.

Low dopamine levels are one of the reasons for Parkinson’s patients' struggle with motor functions. Usually, patients receive levodopa, which the body turns into dopamine. But treating someone with levodopa for several years tends to make the involuntary muscle movements worse as the brain is overdosing on dopamine. Amantadine can relieve this so-called levodopa-induced dyskinesia. However, a systematic review in 2003 failed to show that amantadine was either efficient or safe for treating Parkinson’s disease.

With its effectiveness both as an antiviral and antiparkinsonian undermined, it remains unclear if a drug as strange looking as amantadine will see further use. Luckily, its cousins – slightly modified amantadine structures – remain in good standing in the medical community. Memantine for example has only two additional methyl groups. In the US, it helps 4 million Alzheimer’s patients every year.

That was Katrina Krämer. Next week, Brian Clegg on a compound that helps make beautiful images, and may also help make wet weather.

At normal temperatures, silver iodide has a similar configuration to the hexagonal structure of ice. This makes it ideal for attempting a feat that was once restricted to mystics and charlatans – making rain.

Join Brian next time. Until then – let us know if you would like to hear the story of any curious compounds – email chemistryworld@rsc.org or tweet @chemistryworld. Thanks for joining me, I’m Ben Valsler.