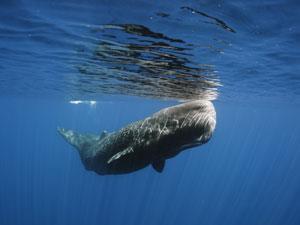 How can whale waste make you a fortune? This week, Helen Scales searches for Ambergris

This week, what do you find if you venture inside a beached whale? Helen Scales finds out…

In 1891 on a beach in Tasmania a man called Louis Smith crawled inside a dead whale. As he groped through the spongy innards, no doubt choking on putrid gases, he was hoping to find himself a fortune. He had been looking for floating gold for some time and finally got lucky. Inside this whale was a two hundred pound lump of ambergris that at the time earned him £10,000 – the modern equivalent of well over half a million pounds. 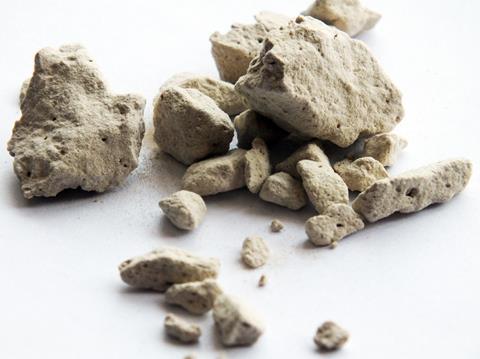 For centuries people have been obsessed with ambergris. Ancient Greeks crumbled it into wine to get themselves more drunk. As a medieval medicine it was prescribed to treat everything from epilepsy to impotence. During the Black Death people rubbed themselves in ambergris to ward off the odours they believed spread plague and Casonova put it in chocolate mousse as an aphrodisiac.

The waxy, flammable solid remains highly prized today for its long-lasting smell and ability to fix perfumes. A chunk of ambergris will stay fragrant for 300 years but its smell is difficult to describe. Those who have sniffed the real thing say it has a sweet, earthy scent, like surgical spirit without the sting, and perhaps a bit dungy.

Sperm whales make ambergris to protect themselves from the sharp beaks of their favourite food – squid. Their stomachs secrete oil-rich slurry that binds the beaks into a smooth mass. Some whales cough this slurry right up, so it can’t go on to form ambergris. In around 1% of sperm whales the squid ball slips down and gets lodged in the lower gut where it grows harder and bigger. 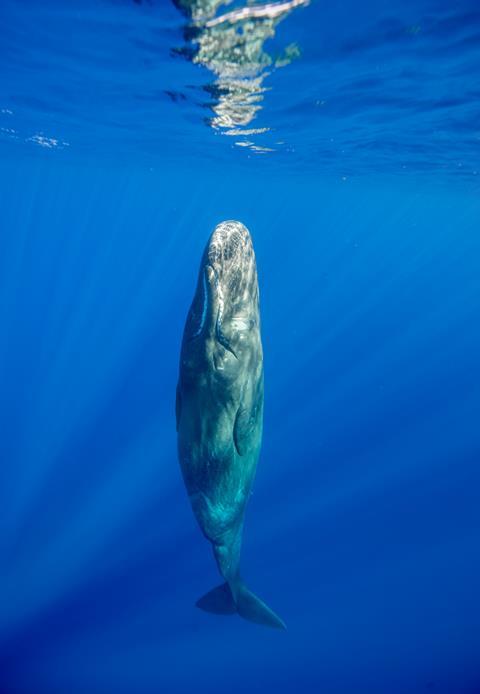 But don’t believe headlines that report findings of valuable whale vomit. Experts agree that ambergris must come from the opposite end of the digestive system, because fresh samples, apparently, carry the unmistakable whiff of poo.

The key component in fresh ambergris is a triterpene alcohol called ambrein, which ironically is odourless. It was first isolated by two Parisian chemists, Pierre-Joseph Pelletier and Joseph Cavetou, by dissolving ambergris in hot ethanol and filtering off the white crystals.

Ambrein is just the starting point. To reach its full potential, ambergris needs to float through the ocean degrading and photo-oxidising into a suite of compounds that add particular aromas to the mix. While at sea, ambrein can split into a shorter monocyclic compound called gamma-dihydroionone that smells of tobacco. Adding a methylene group results in a compound that smells of seawater. A mouldy aroma comes from the addition of a second carbon ring to form alpha-ambrinol. Most important in the cocktail is a tricyclic compound known as ambergris-oxide or naphthofuran. This final breakdown product of ambrein smells, well, like ambergris. It can take decades to form in the ocean which means that Louis Smith’s ambergris was like a fine wine: far too young to be at its best.

As scientists learned more about the composition of ambergris the race was on to synthesize it. Chemists at the Swiss perfume company, Firmenich, first made synthetic naphthofuran in the 1950s from a plant-derived bicyclic diterpene alcohol called sclareol. In 2013, Firmenich scientists took this one step further inserting genes for sclareol production into E. coli bacteria. Now they can make cheap genetically modified ambergris.

Nevertheless, expert perfumers turn their noses up at manmade ambergris. It remains a simulation, they say, like a copy of a great artwork or a Beatles cover band. It’s good but not good enough.

Genuine ambergris remains in high demand and finding some really could make you a fortune. A 3kg lump that recently pitched up on a Lancashire beach could sell for £100,000.

How can you tell if you’ve hit the ambergris jackpot? Unfortunately, identifying ambergris is tricky. It can be white, black, brown or yellow. You could try an age-old test: poke it with a hot needle and see if brown liquid oozes out.

But your chances of finding real ambergris are exceedingly slim. There could be as few as 3,000 sperm whales alive today that are capable of making ambergris. So if you do find one of these rare rocks spare a thought for the giant whale it came from and the giant bellyache that produced it.

Science writer Helen Scales there, with the valuable chemistry of ambergris. Next week, a murder suspect?

If not a murder suspect, thujone was long suspected of causing many deaths and it was a century before its name was cleared. Fittingly it is associated with a French product, absinthe.

And discover the deadly compound associated with this popular spirit by joining Simon Cotton in next week’s Chemistry in its Element. Until then, thank you for listening, I’m Meera Senthilingam.