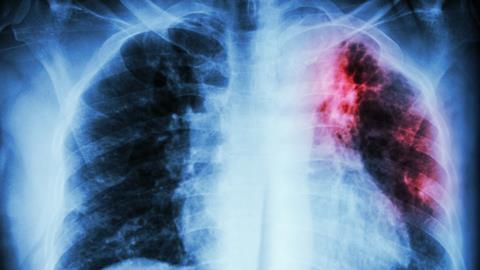 Whether you’ve been listening to Chemistry in its element since its inception, selectively dipped in to compounds you liked the sound of, or binged the whole lot – the voice of Meera Senthilingam will be reassuringly familiar. In the years since she last introduced a compound here, she’s specialised in global infectious disease – travelling the world as a reporter and editor for CNN, amongst others.

Her experience led her to write a book – Outbreaks and Epidemics Battling infection from measles to coronavirus – appropriately published this year. You can hear more about the book in the Chemistry World book club podcast, but I asked her to return to Chemistry in its element with a compound that has helped to turn the tide against infectious disease.

Tuberculosis is an ancient bacterial disease that typically infects the lungs (though in reality it’s more complicated), but what most people don’t realize is that it’s the leading cause of death from an infectious agent worldwide.

TB, as it’s often known, has held this place at the top of the list for a few years now, causing millions of deaths each year – 1.5 million in 2018 to be precise (and 10 million infections that same year).

This fact is all the more surprising when you consider that TB is a curable disease. At least it usually is, or it should be. Nowadays it’s no guarantee. 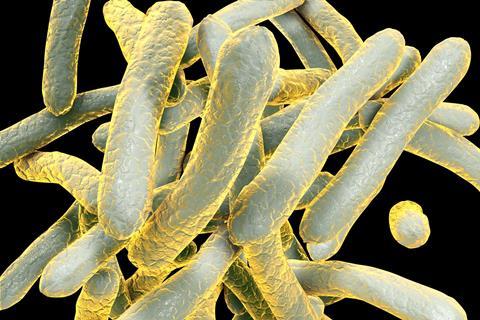 Over the years drug-resistance has emerged, creating two longer-term, more complex diagnoses for TB – multidrug-resistant (or MDR-TB) and extensively drug-resistant XDR-TB. The first means an infection that’s resistant to at least two of the first-line drugs commonly used – rifampicin and isoniazid – and the second means it’s also resistant to fluoroquinolone and at least one second-line injectable drug, such as kanamycin.

Treatment for drug-resistant TB is grueling. It can go on for years, can involve daily injections, is expensive and the drug options available are often limited, particularly in low and middle countries where the burden is greatest. Above all, it doesn’t always work.

This is why TB patients and specialists alike were elated when a new drug arrived on the scene this past decade. A new antibiotic called bedaquiline – the first drug to be approved for use against TB in 40 years.

In 2018, almost half a million people were estimated to have been diagnosed with MDR-TB and currently just 56% of cases are treated successfully, so bedaquiline became revered as a ‘miracle drug’ that people had long been waiting for.

But as with many new drugs, it came with a list of caveats.

Also known by its trade name Sirturo, bedaquiline belongs to a whole new class of antibiotics called diarylquinolines, which use a different mechanism to kill the bacteria that cause TB, Mycobacterium tuberculosis, than other TB drugs. They work by blocking an enzyme called ATP synthase, which the bacteria need to produce energy and replicate. Left without energy, the bacteria die and patients should start to recover. Or at least that’s the hope.

The fact it doesn’t rely on the same old pathways to disable the bacteria also reduces the potential for cross-resistance – resistant bacteria are unlikely be prepared for this new means of attack.

Unfortunately, incorporating it into TB programs isn’t as simple as just offering it to everyone with drug-resistant TB. The reality is far from straightforward as there are biological, economic and political factors to take into account.

Firstly, it’s crucial that any risk of resistance against bedaquiline be minimized. This means it should be used only to treat people with drug-resistant TB and even then, only when another form of effective treatment cannot be provided.

It also means prescribing bedaquiline to patients in combination with at least three other drugs the bacteria are susceptible to. Using drugs in combination like this reduces the chances of resistance emerging.

Secondly it is currently advised for use in people with active pulmonary TB, where the lungs are affected. This may seem obvious, but TB can occasionally lead to infections in other parts of the body such as the bones and can lay dormant inside the body for years, sometimes never becoming an active infection.

Thirdly, people taking bedaquiline need to be closely monitored as it can cause a range of serious side effects. It can affect the functioning of your liver and heart, and lead to other issues, including chest pain, coughing up blood, joint pain and jaundice.

Bedaquiline can also interfere with other drugs commonly used by the same patients, like certain TB drugs and certain HIV medications, meaning such combinations need to be avoided.

And fourth, it’s expensive. A six-month treatment with bedaquiline totals around $30,000 in the US. But treatment for TB in low and middle-income countries is, or should be, free as part of public health services, particularly in countries with high rates of infection, such as India and South Africa. The price tag is why activists, governments and NGOs have campaigned for the price to come down ever since its approval, with relative success. 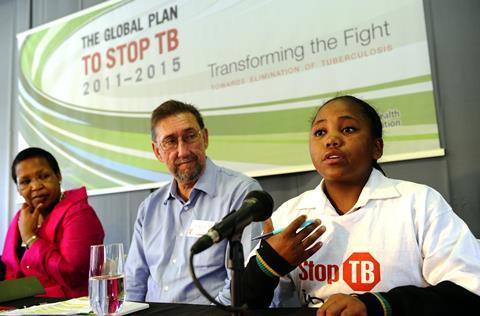 A pupil (R) of Pholosho Primary School flanked by Paul de Lay (C), Deputy Executive Director of UNAIDS and Gwadani Mahlangu (L), Member of the Executive Council of South Africa for health, talks to journalists on October 13, 2010 in Alexandra township (North of Johannesburg) during a press conference to launch the Global Plan to stop TB 2011-2015.

In July 2020, the Stop TB partnership led a collaborative effort that brought the cost down to $340 per six-month treatment. This is still high considering the number of people that need treatment, but it’s progress in this seemingly endless fight against veteran bacteria.

I’ve spent time in clinics with people diagnosed with the worst kind of drug resistance – XDR-TB. Some had spent years on treatment, visiting health centres on a daily basis to receive their injections, only for TB tests to continuously come back positive. They were deemed incurable.

Many lived in small, cramped homes where they had to somehow try to isolate from loved ones to avoid passing on the incurable, airborne disease. In the light of Covid-19, most people can now appreciate how challenging and upsetting this would be.

But bedaquiline brought a new sense of hope. It meant some of these people finally got their negative test result – allowing them move on and make plans.

So, while it may have its caveats, side-effects and compromises, bedaquiline shows the value a new drug can bring and highlights importance of the drug discovery process.

And since its arrival, a second drug, delaminid, has been approved for use in combination to provide an even more effective treatment for drug-resistant TB. Adequate access continues to be a challenge, but when it comes to drug resistance, having options means everything.

That was our old friend Meera Senthilingam – her book Outbreaks and Epidemics is out now.

And we’re going to stick with new drugs next time, because earlier this week, the 2020 Nobel prize in physiology or medicine was awarded for the discovery of the hepatitis C virus. To honour that, Phillip Broadwith brings us the story of a groundbreaking treatment.

Sofosbuvir created waves in hepatitis C treatment. Here was a drug offering the possibility of effectively curing large numbers of patients without the side effects of interferon and ribavirin, and in about a quarter of the time.

Join Phillip next week. Until then, get in touch with your favourite compounds for us to cover – email chemistryworld@rsc.org or tweet @chemistryworld. I’m Ben Valsler, thanks for joining me.