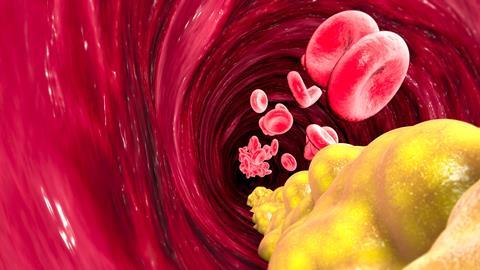 This week the lesser known discovery made by Dorothy Hodgkin, and it is a compound that perhaps gets a bit too much bad press. Here's Hayley Birch.

Most people who know anything about Dorothy Hodgkin know that she solved the 3D structure of insulin. This was what she was most famous for - this and the technique she used: x-ray diffraction. But insulin's fiendishly difficult structure took her three decades to crack - she began on it before the outbreak of the second world war and finished it in the year of the moon landing - and in the meantime she turned her attention to other important biological structures. In fact, she received her Nobel prize before the work for which she is best remembered was completed. By 1964, when the prize was awarded, she had already published the 3D crystallographic structures of penicillin and vitamin B12. But she is also credited with nailing the first 3D structure of a complex bio-organic molecule. And that molecule was cholesterol. 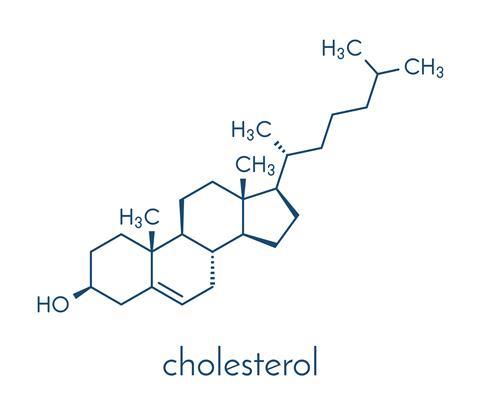 Cholesterol was discovered in gall stones and a French chemist called Michel Eug?ne Chevreul, also known for his work on colour, had analysed it early in the 19th century. He saw that it was a fatty substance and gave it a name - cholesterine - but it didn't appear in medical text books until much later, in the 1940s. When Dorothy Hodgkin was trying to uncover its structure in the 1930s, its role in heart disease was completely unknown.

Nowadays, of course, having lots of cholesterol in your bloodstream is considered to be a key risk factor for heart problems and stern health warnings are issued about eating fatty foods packed with the molecule. Sometime in the 1990s, the pharmaceutical companies started waging war against cholesterol. By 2001, millions of people were taking statins and the cholesterol-lowering drug Lipitor had become the biggest-selling pharmaceutical ever made. Scientists have even suggested the drugs be handed out with Big Mac meals to counteract the effects of cholesterol on our arteries. 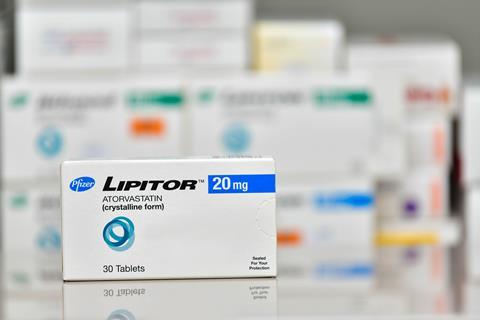 But cholesterol isn't all bad. Besides being crucial to maintaining the integrity of the membranes that hold cells together, it's needed in bile salts, which digest our food, and in making sex hormones. Our bodies churn out around a gram a day, and that's without any help from McDonald's. Quite literally, we wouldn't be here if it wasn't for cholesterol.

When it comes to our arteries, though, what's the difference between good and bad cholesterol? For years, scientists have argued that it's down to the composition of the particles that carry cholesterol in the body - because cholesterol is largely water-insoluble, it has to team up with other molecules to form a lipoprotein particle. These lipoproteins come in two forms. You've probably heard of HDL and LDL, which stand for high and low density lipoprotein. HDL, so-called 'good cholesterol', contains lots of proteins. LDL, on the other hand, is considered 'bad', because it contains lots of cholesterol.

You can watch animations of football-shaped 'bad cholesterol' particles circulating in the bloodstream on the internet. They're depicted as evil little virus-like particles, with the heads of phospholipid molecules visible across the surface. Individual cholesterol molecules nestle among these phospholipids. Like other sterols, it's a four-ringed molecule made mostly of carbon and hydrogen. Dorothy Hodgkin was interested in all sorts of sterols during her crystallographic studies in the 1930s, and published structures not just for cholesterol but also for plant sterols, and ergosterol, which acts like cholesterol in the cell membranes of fungi. 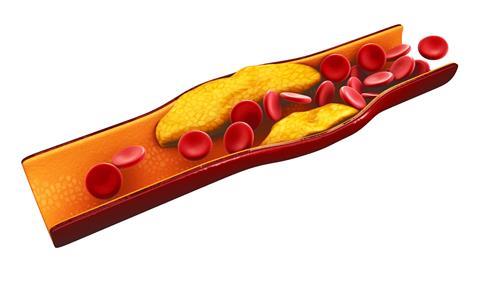 In reality, the good and bad cholesterol model is probably too simplistic. In fact, there are several different types of LDL and total LDL isn't a reliable indicator of whether a person is going to wind up with heart problems. But there is evidence that changes to cholesterol lead to the formation of the plaques that block up the bloodstream in heart disease patients. The theory goes like this: Artherosclerosis begins with damage to the inner artery wall. Various junk, including cholesterol molecules, get stuck in the damaged area, where lots of chemical reactions are taking place. All this chemical activity triggers oxidation of the cholesterol molecules, a change that attracts immune cells called macrophages, which eat up the cholesterol molecules and turn into fatty cells called foam cells. It's the foam cells that eventually accumulate to form plaques.

There's also evidence to suggest that blood vessels can be unclogged by raising levels of 'good cholesterol' in the body - as it can help remove 'bad cholesterol' from arteries. Last year, scientists at the University of Oxford showed that patients benefited from taking HDL-raising drugs together with LDL-lowering statins. Nanotechnologists have even produced gold nanoparticles that they hope will mimic the actions of HDL.

So cholesterol may have got a bad name for itself, but it could actually be part of the cure we've all been searching for.

So good as well as bad roles for cholesterol in our cardiac function. That was Hayley Birch shining a light on to the chemistry and medical uses of cholesterol. Now next week a compound that also gets unfairly portrayed as purely a villain.

If you believed the press, you'd think carbon dioxide was a bad boy compound, an evil molecule intent on world domination. Of course this is because of its role as a greenhouse gas in global warming, but there is something we should remember. In moderation, the greenhouse effect is a good thing. Without it, the average temperature on this planet would be -18 degrees Celsius. There would be no life as we know it.

And join Brian Clegg to discover other positive aspects of carbon dioxide as well as the chemistry behind some of the more negative aspects we often hear about, in next week's Chemistry in its element. Until then, thank you for listening. I'm Meera Senthilingam.