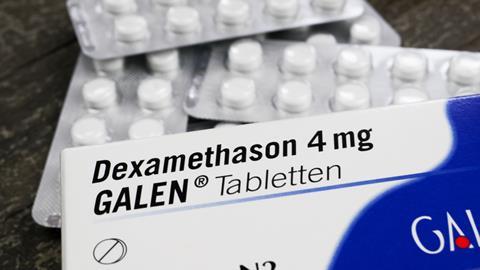 News that this cheap, ubiquitous steroid drug may reduce deaths in Covid-19 cases has been greeted with cautious optimism. Ben Valsler looks at the history of dexamethasone and the promising Recovery trial results.

It feels to me that, since the Covid-19 pandemic first took hold, non-specialist journalists have become a bit more circumspect. The (ironically) breathless early reporting on treatments and ‘cures’ has given way to a more considered, nuanced approach.

And so, results published earlier this month from the Randomised Evaluation of Covid-19 therapy trial, also known as Recovery, were met with cautious optimism. That the findings were initially presented in a press-release – and not the traditional route for academic publishing – almost certainly fed into the caution, with many reserving opinion until the data were published.

The Recovery collaborative group, which includes researchers and medics from across the United Kingdom, followed up with a preprint paper that seems to show significant reduction in mortality for severely ill patients when given a common steroid drug. ‘Dexamethasone reduced deaths by one-third in patients receiving invasive mechanical ventilation,’ they say in the paper’s abstract, and ‘by one-fifth in patients receiving oxygen without invasive mechanical ventilation, but did not reduce mortality in patients not receiving respiratory support’.

Dexamethasone is a synthetic corticosteroid drug – a medication that can mimic the action of steroid hormones in the body. Because hormones are chemical messengers – coordinating biological activity like air traffic control choreographs a busy airport – steroid drugs can have wide ranging effects. Corticosteroid based drugs are used to treat conditions from hayfever and dermatitis through to Crohn’s disease and prostate cancer. Dexamethasone, in common with many other corticosteroids, exhibits both anti-inflammatory and immunosuppressant effects. As inflammatory organ damage – which is caused by the body’s own immune response – plays a significant role in disease severity, supressing this with steroids could explain the Recovery trial’s results.

Use of corticosteroids in respiratory diseases varies both by condition and by country – dexamethasone can be used to reduce the rate of asthma attack relapse (although it doesn’t actually stop an attack) and is also given alongside antibiotics as a treatment for tuberculosis. In February this year, research in Spanish hospitals showed that dexamethasone improved outcomes for people with acute respiratory distress syndrome, or Ards. In some countries, notably China, corticosteroid anti-inflammatory drugs have been recommended as part of the suite of treatments for severe cases of Covid-19 all along. 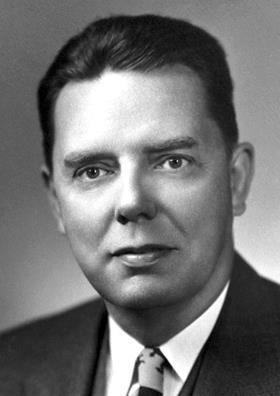 The history of dexamethasone is linked to a very different condition: Arthritis. In the early twentieth century, American physician Philip Showalter Hench was working in the department of rheumatic diseases at the Mayo clinic. Hench had a hunch that natural steroids could reduce the pain associated with arthritic joints. Two other Mayo clinic researchers, Edward Kendall and Harold Mason, had identified potentially useful compounds in extracts from the adrenal gland. This included cortisone, which, in the late 1940s, was shown to be a powerful treatment for the painful condition. Hench and Kendall would go on to share the 1950 Nobel prize in physiology or medicine, along with Swiss chemist Tadeus Reichstein, ‘for their discoveries relating to the hormones of the adrenal cortex, their structure and biological effects’. Dexamethasone, a derivative of cortisone, was first synthesised by Hench in 1957.

In the subsequent half-century, dexamethasone has become ubiquitous and affordable, but sadly with that comes potential for abuse. Back in 2010, there were concerning reports from Bangladesh about the widespread use of dexamethasone in the country’s legal brothels. It’s a controversial practice – brothel owners claim it helps women to gain weight, look healthy and be more attractive for potential clients, while downplaying or concealing the significant risks of health problems that stem from long-term use. Organisations like ActionAid Bangladesh are raising awareness of the risks and campaigning for stronger legislation, but while the drug is cheaply available without prescription, they face an uphill battle.

Dexamethasone alone isn’t going to turn the tide against Covid-19. But if the Recovery trial results are confirmed in wider use, it will save some lives and reduce the strain placed on health services worldwide. Cautiously, I’d say that’s something to be optimistic about.

Next week, Frances Addison introduces the bearcat, or binturong, a civet with an unusual chemical quirk.

If you ever manage to get close to one however, perhaps you’ll notice the bearcat’s most striking – and peculiar – feature: the strange but unmistakable smell of buttered popcorn.

Join Frances next time. Until then, find the entire podcast archive at chemistryworld.com/podcasts – where you’ll also find all the links you should need to subscribe via your favourite platform. And get in touch if there’s anything you think we should cover – email chemistryworld@rsc.org or tweet @chemistryworld. I’m Ben Valsler, thanks for joining me.