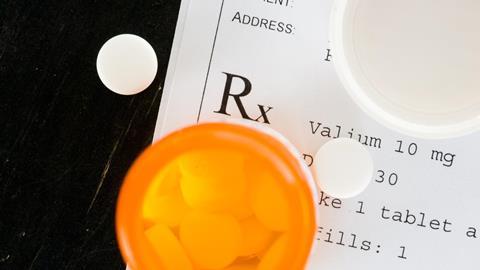 Jamie Durrani introduces one of the biggest selling pharmaceuticals in history, the ‘mother’s little helper’: Diazepam

This week, Jamie Durrani takes a look at one of the most famous pharmaceuticals:

For over 50 years, it has been used to treat a huge range of disorders, from anxiety to tetanus. It is one of the biggest selling drugs ever and, since coming off-patent in 1985, is now sold under more than 500 different generic brands. It is, of course, diazepam, often known by its most famous tradename – Valium. 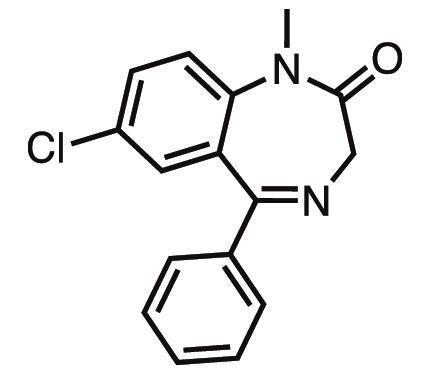 Diazepam is part of the benzodiazepine family of tranquilisers that were serendipitously discovered by the Croatian-born, Jewish chemist Leo Sternbach. In 1941, with the backdrop of a desperate political situation in Europe, Sternbach was transferred from Switzerland to the US to help set up Hoffman-La Roche’s headquarters in New Jersey.

In the early 1950s, he began researching potential replacements for highly addictive barbiturates. An extensive laboratory programme produced numerous compounds, but in 1955, after five years without successfully identifying a suitable drug, Sternbach’s team was instructed to focus on other projects. By 1957, the years of intensive work had left Sternbach’s lab in what he described as a ‘hopeless situation’.

‘The laboratory benches were covered with dishes, flasks and beakers – all containing various samples and mother liquors. The working area had shrunk almost to zero, and a major spring cleaning was in order.’

While clearing out the lab, Sternbach’s attention was drawn to a compound that had been sitting on a shelf for a couple of years, but remained as yet untested. A few days after submitting a sample to the pharmacological lab, Sternbach received an enthusiastic phone call about the compound’s ‘unusually interesting properties’. Within three years, chlorodiazepoxide was cleared for medical use as a tranquiliser, suitable for treating anxiety, insomnia, muscle spasms and the symptoms of alcoholism. It was sold under the brand name Librium.

Before Librium came to market, though, Sternbach’s team were busy developing new analogues of the compound, and in 1959 they synthesised diazepam. Diazepam was found to be 3–10 times as effective as Librium, with extremely low toxicity, and in 1963 it was approved for medical use. 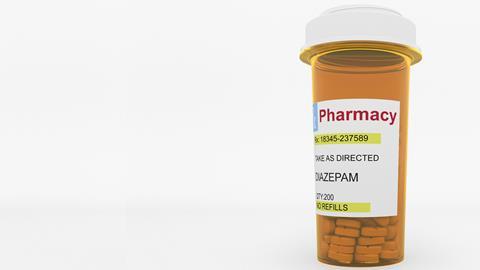 By the 1970s diazepam was the world’s most widely prescribed pharmaceutical. In 1978, over two billion tablets were sold in the US alone. Valium was a cultural icon, making appearances in films and pop-songs; it was used to treat all manner of anxiety disorders, and aggressively marketed for its ability to ‘reduce psychic tension’.

However, as a result of this overmedication, it became apparent that diazepam’s high potency and fast action brought with it a high risk of abuse and physical dependence. With female users significantly outnumbering their male counterparts, diazepam acquired the sardonic nickname: Mother’s Little Helper – the inspiration behind the eponymous Rolling Stones song.

Despite the risk of abuse, a key feature of the drug is its relative safety in comparison to other tranquilisers. It is rarely fatal when taken by itself, although can lead to more severe consequences when used alongside other drugs.

While more heavily regulated now than when it first came to market, and in many ways superseded by a new generation of tranquilisers such as alprazolam (Xanax), diazepam is still used as an effective treatment for numerous conditions. Among its many and varied uses, it can help sufferers of vertigo, irritable bowel syndrome, stiff person syndrome and those affected by stimulant overdoses and psychosis. As its manufacturers once proclaimed: ‘Versatility is written all over it’.

Jamie Durrani with the ‘mother’s little helper’ – diazepam. Next week, Neil Withers investigates some chemical bonding with a difference.

Join Neil next week to find out how small differences between elements can mean big differences in their compounds. And if you’ve come up with any compounds we should consider – drop us a line by email to chemistryworld@rsc.org or tweet @chemistryworld. I’m Ben Valsler – thanks for listening.