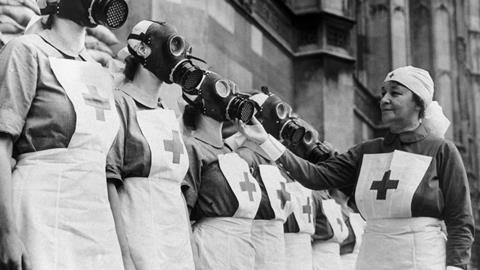 A tear gas used by the British army in the first world war, picked, in part, because of our access to seaweed

This week, Mike Freemantle introduces the tear gas codenamed SK that was used by the British army on the battlefields of world war one.

In September 1915, at the Battle of Loos in France, the British army fired shells filled with ethyl iodoacetate at German positions. The compound is a type of chemical warfare agent known as a lachrymator or tear gas. The army subsequently used it in grenades and Stokes-mortar bombs. It became the standard lachrymator employed by the British throughout the first world war. 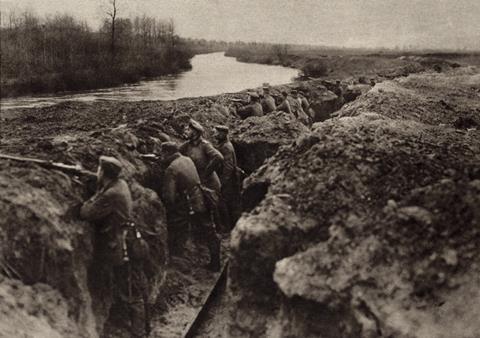 German troops holding a first-line trench on a river bank in France.

Ethyl iodoacetate is a colourless oily liquid that rapidly turns brown and releases iodine when in contact with air. It is toxic, and causes severe irritation to the skin, eyes and respiratory system. As its volatility is low, the liquid remained on open ground for several hours during battles, and even longer in enclosed areas such as woods, trenches and dugouts.

The British used the tear gas to flush enemy troops out of their entrenchments and clear the field of battle, enabling its infantry to advance. The vapour was powerful enough to force any soldier who was not wearing a gas mask out of a dugout within seconds. 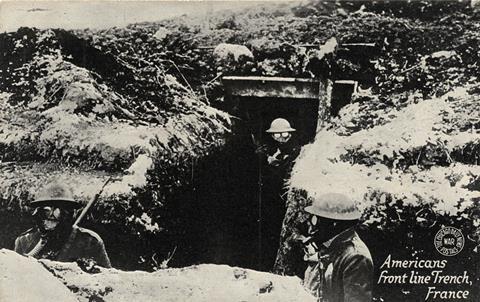 Postcard depicting Americans in a front line trench in France.

The compound was not the first tear gas to be used in the war. Soon after Germany declared war on France in August 1914, the French army began to employ hand and rifle grenades filled with ethyl bromoacetate. And in early 1915, the Germans introduced bromine-containing organic compounds such as xylyl bromide and benzyl bromide as tear gases on the Western Front.

So why did the British select ethyl iodoacetate? There were two main reasons. 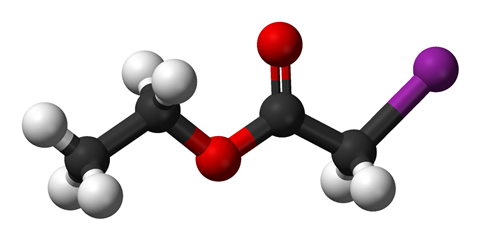 First, unlike bromine-containing tear gases, ethyl iodoacetate does not corrode cast iron and steel. It was therefore must easier and safer to store and transport.

Secondly, the bromine needed to make bromine-based tear gases was in short supply in Britain. Iodine, on the other hand, was relatively plentiful. The country imported vast quantities of a mineral deposit known as caliche from South America. The deposit contains the mineral Chile saltpetre, better known today as sodium nitrate. During the first world war, Britain used this to make the nitric acid needed to produce nitro-explosives such as TNT and lyddite. The deposit also contained up to 1% iodate minerals that could readily be extracted to make iodine. Iodine in the form of iodide salts was also available in various amounts in seawater, brine and large seaweeds known as kelp . 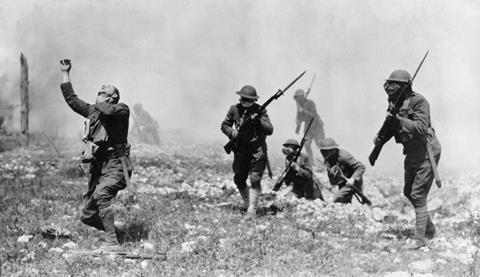 In his book about the chemicals of the first world war, Augustin Prentiss, a lieutenant colonel in the US chemical corps, devotes a chapter to lachrymatory agents. He notes that ethyl iodoacetate and other iodine-based tear gases ‘…were on the whole somewhat superior in irritant and toxic effects, but less stable than the corresponding bromine compounds.’

He also compares ethyl iodoacetate with the lethal choking gas phosgene, which was first used by the Germans against the British in December 1915: ‘While its toxicity is about one-third that of phosgene, its volatility is very low, and for that reason lethal concentrations were not encountered in the field.’ 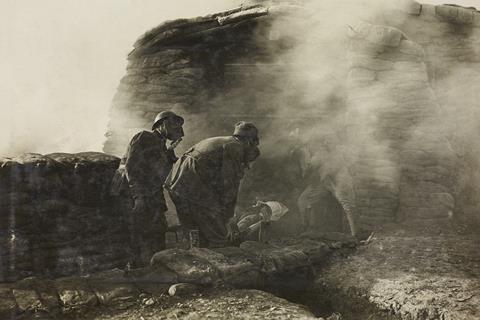 Stretcher bearers carry a wounded soldier in a trench during the release of asphyxiating gas.

Like most of the chemical compounds used in the war, ethyl iodoacetate was not new. William Henry Perkin and Baldwin Francis Duppa synthesized the compound, as well as ethyl bromoacetate, in the 1850s while working on halogen derivatives of acetic acid. They reported the syntheses in two papers published in a German chemistry journal in 1858 and 1859 respectively. 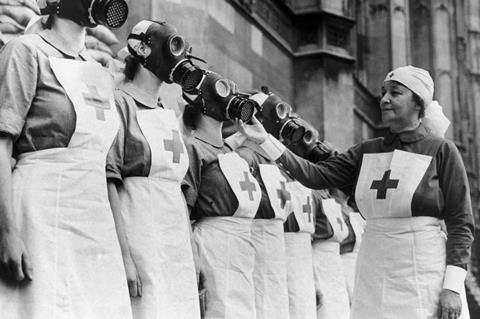 The British codenamed ethyl iodoacetate ‘SK’ during the war. The use of abbreviations for chemical compounds was, and still is, common. TNT, which stands for the explosive trinitrotoluene, is one obvious example. So why did the British call their standard tear gas SK? 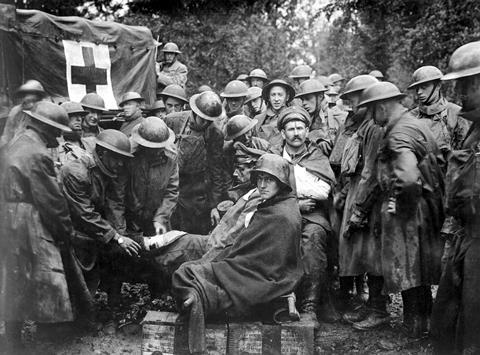 The answer lies at the location where the compound was identified for use as a British tear gas. In January 1915, Herbert Brereton Baker and Jocelyn Field Thorpe, both professors of chemistry at Imperial College London, tested some fifty compounds as potential tear gases in a trench on the college grounds. And as the college is in South Kensington, the compound they selected was dubbed SK.

That was Mike Freemantle with the tear gas ethyl iodoacetate, and the reason why seaweed played a significant role in the first world war. Next week, Kat Arney returns with another irritating compound…

Not only do the caterpillars pose a threat to our native oaks by rapidly stripping off their leaves, they are also a threat to human health – yes, these are the so-called ‘toxic caterpillars’ that have been in the news lately, responsible for triggering skin irritation, breathing problems, fevers, and eye and throat irritation.

Join Kat next week to discover the moth molecule thaumetopoein. Until then, get in touch with any questions or comments – email chemistryworld@rsc.org or tweet @chemistryworld. Thanks for joining me, I’m Ben Valsler.