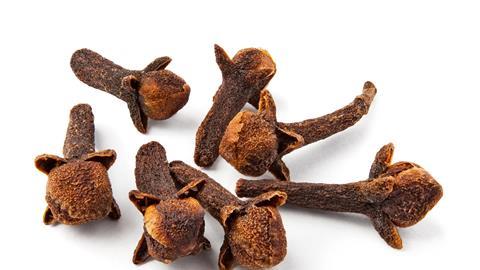 Eugenol may be one of the defining smells of Christmas, second only to the pinines that make the smell of a Christmas pine tree so evocative. You’ll get a whiff of eugenol from mulled wine, Christmas pudding and gingerbread, as well as festive flavoured candles and air fresheners. You can even get mulled spice scented bleach, to make sure your house is both sanitary and seasonally scented. Eugenol is found in cinnamon, nutmeg, bay leaves and other herbs, but sniff it on its own and you’d most likely say it smells of cloves. 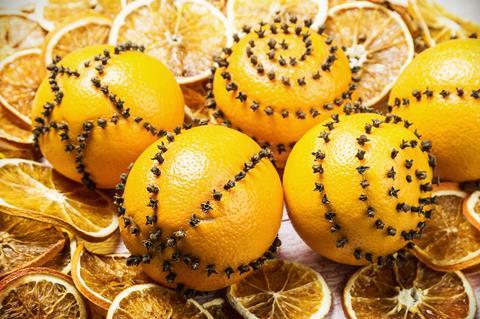 Eugenol is a phenylpropene, closely related to the smoky compound guaiacol. It has a relatively simple structure, with a formula of C10H12O2, but a diverse range of uses. It’s commercially, ecologically and medically interesting, and has been used in some form or other for thousands of years. Along with other spice-derived compounds, eugenol can prevent bacterial growth in food– so it’s not just there for the flavour. And although a great many medical claims have been made for cloves and the eugenol found in clove oil, in recent years much of the medical evidence has been found contradictory or simply wanting.

Cloves, and their eugenol-rich oil, have been used in dentistry since before dentists existed. Sucking on a clove, or applying clove oil to damaged gums, is thought to act as a local anaesthetic – soothing toothache or the pain resulting from extraction. And it’s not just a home remedy; eugenol mixed with zinc oxide makes a paste used in dental prosthesis and fillings. But only in the last few years has research into potential mechanisms started in earnest, for example there’s some indication that it influences ion channels responsible for the reception of pain.

It’s odd, though, that we’ve only recently started looking for the mechanism, as there’s a vast library of scientific research into eugenol’s ability to anaesthetise fish. There’s also good evidence to support antifungal and antiparasitic activity – but again, the vast majority of the research is in fish. As human research has started to catch up, we’re gradually building a picture of the range of interactions eugenol can have with human tissues. But we’re also becoming more aware of the potential negative side effects. It’s cytotoxic – damaging to cells – in high concentrations, and hepatoxic – damaging to the liver – in high doses. Although used in perfumes, prolonged exposure can cause sensitivity, and it’s restricted by the International Fragrance Association due to the potential for allergic reaction. The US Food and Drug Administration (FDA) currently states that there is ‘insufficient evidence to rate effectiveness’ for a long list of ailments, but also describes it as ‘likely safe’ for most uses. 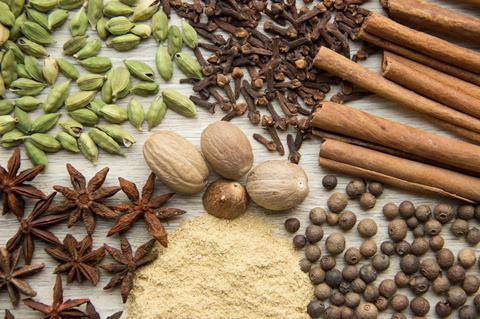 One of the many things on the FDA’s ‘insufficient evidence’ list is effectiveness as a mosquito repellent. But eugenol does have a curious relationship with other insects. It attracts certain species of orchid bee, so researchers can use it to lure them in and collect them for research purposes. It’s also attractive to pest species including corn rootworm and several cucumber beetles. This makes it an attractive (if you’ll pardon the pun) option for push-pull pest control, where valuable crops have repellent plants sown amongst them and attractive ones on the outskirts. This kind of intelligent co-planting can keep pests at bay with little need for traditional pesticides.

From the cloves jabbed into oranges to make an advent Christingle, to the mix of spices added to warming mulled wine – eugenol makes its familiar presence felt at this time of year. I just hope that you don’t need to treat a toothache this Christmas.

We’re taking a little break, but we’ll be back in January, as Kit Chapman brings us the ‘poster child’ in the battle against obesity:

While weights bulge around the world, the drug, first launched in 1999, has been prescribed to some 40 million people to help weight loss in conjunction with a reduced calorie diet.

As usual, get in touch if there’s anything you would like us to look into – email chemistryworld@rsc.org or tweet @chemistryworld. Until then, Merry Christmas and a very Happy New Year from all of us here at Chemistry World.