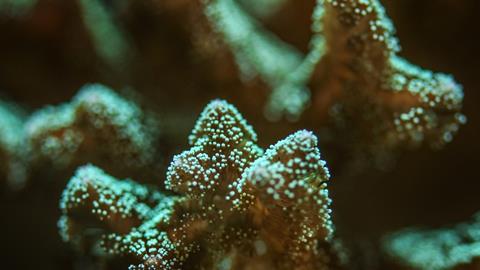 Attracting our attention with its fluorescent glow, here's Josh Howgego with GFP

This week, an intersting glow is attracting our attention and the attention of Josh Howgego:

'Back in his home country, he had researched lights and glows in other creatures but this one is different. Differently glowing, and now he has found it. But now he needs more and more to study it, this new thing, this protein that does it all. Buckets of jellyfish, down at the docks, scooping them up. The young scientist makes sure not to grin or smile at all when he shows his results to the older man, but inside he is smiling so much that there is an ache.' 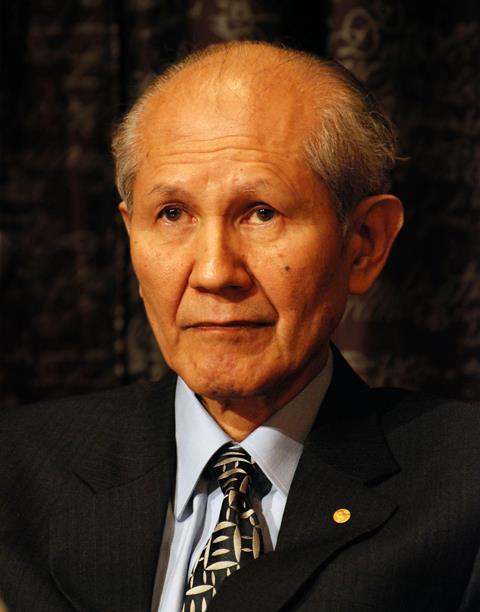 That's an extract from a short story by the author Tania Hershman in which she imagines the feelings of Osamu Shimomura as he discovered the green fluorescent protein as a young man in the 1960s.

The story of the green fluorescent protein and how it has revolutionised science begins in 1940s Japan. Here we find a teenage Osamu Shimomura, a youth whose country has just been devastated by the second world war. And, ironically, it is  this very war that seals his scientific fate. The blast from the atomic bomb dropped on Nagasaki destroyed the main buildings of the pharmaceutical college in Shimomura's home town, forcing the department to move to a temporary location very near his house. This prompted Shimomura to enrol, and there he was eventually tasked with finding out what made a strange sea creature called the sea firefly glow with an inexplicable light.

After discovering that it was a protein which caused the fluorescent glow, Shimomura set out for the US to start on an exciting new project. His work with the sea firefly had been relatively small-time, but it had prepared him well for a stint at Princeton University where he was to be entrusted with a similar task, but one which would this time go on to make him a famous man. 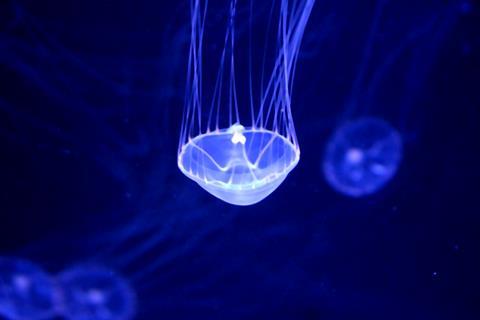 Again, he had to find out what caused a creature to glow, but this time it was the jellyfish Aequorea Victoria, which glowed an eerie green in the waters around Washington, DC. Over a period of several years, Shimomura collected - according to his own estimates - about a million jellyfish and painstakingly isolated the different proteins they contained, trying to work out which was responsible for the glow.

Eventually he discovered the protein we now simply call the green fluorescent protein, or GFP for short. All this took quite a bit of working out and Shimomura was honoured for his work with a share in the 2008 Nobel prize in chemistry.

However, lots of people work hard and don't end up with Nobel prizes. What makes Shimomura so special? The answer lies in how amazingly useful his discovery has proved to be.

GFP is a relatively small protein composed of just 238 amino acids. That might sound like a lot but in biological terms it's pretty simple, and it wasn't long before scientists worked out the DNA sequence that encodes the instructions for making GFP. The biochemist Martin Chalfie then showed that an organism could be genetically modified to produce GFP and so glow green when irradiated with the correct wavelengths of light.

Fast-forwarding into the 1990s, scientists were beginning to master the art of genetic engineering. Now, the simple code for GFP could be engineered at any given position in the genome. Once there, it acts as a label for the other genes around it. So if you want to know where a specific protein is occurring in an organism - perhaps one which causes a disease or condition you want to study - all you have to do is put a GFP gene next to the gene of interest and then watch for the green fluorescence. 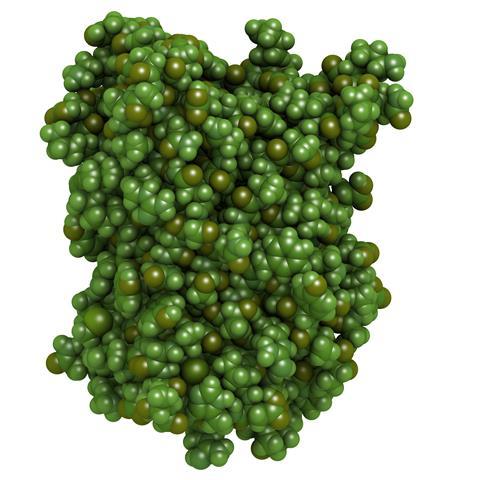 Another scientist named Roger Tsien spent many years tweaking the sequence of amino acids in GFP to produce fluorescent proteins which glowed in a rainbow of different colours. This brought even greater sophistication to GFP labelling: with different coloured fluorescent proteins, a whole series of genes can be marked with characteristic colours. Then, the colour that you see being expressed gives you much more information about what's going on - all in a single handy experiment.

So Shimomura's discovery really was quite serendipitous. The green fluorescent protein is not only a cool advert for chemistry, but also a unique and immensely valuable diagnostic tool.

So providing a luminous way to find that protein you've been looking for. Josh Howgego there, with the brightly glowing chemistry of the green fluorescent protein. Now, next week, the villanous compound of the processed food industry:

The worst insult that can be hurled at processed food in the UK is that it is 'full of E numbers'. These innocent European Union designators for food additives have become bogeymen for millions of parents. It doesn't matter that plenty of E numbers are natural or harmless - take, for instance, E150a better known as caramel, E290, the fizz in your fizzy drink, carbon dioxide, or E300, the anything-but-evil vitamin C. The fact remains that everyone just 'knows' that E numbers are bad for you.

To be fair, there is an element of truth in this. Some E numbers are responsible for genuine problems, and the best known of these is probably E102, tartrazine.

And Brian Clegg will be revealing what these problems are, and the cehnmsitry causing them in next week's Chemistry in its element. Until then, thank you for listening. I'm Meera Senthilingam.

The extract in this podcast is taken from the short story We Are All Made Of Protein But Some of Us Glow More Than Others, by Tania Hershman published in Litmus: short stories from modern science (Comma Press, 2011)