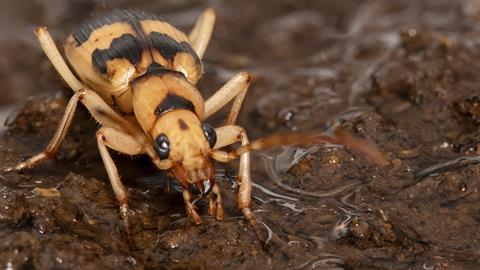 Georgia Mills on a compound that explodes from a beetle’s bum, and has a controversial role in skin depigmentation 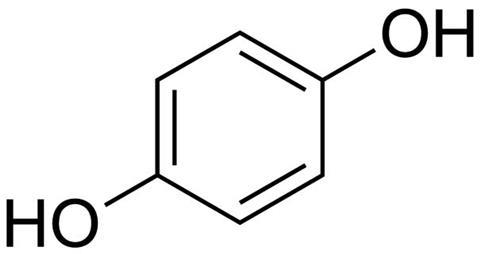 Hydroquinone, like so many things, is composed of hydrogen, oxygen and carbon. It’s a simple structure – a benzine ring with two flailing hydroxyl arms, opposite each other. As you may expect from a ping-pong ball with arms, hydroquinone is pretty reactive. It’s also slightly acidic and, on a non-molecular scale, forms a white granular solid.

Humans can manufacture it – we’ll get to how later – but it pops up fairly frequently in the animal kingdom, usually in association with an animal’s rear end.

Bombardier beetles have, arguably, the world’s greatest super power. If threatened, they raise their bums in the air and explosively release a hot, noxious chemical spray. Their deterrent is a mixture of hydroquinone and hydrogen peroxide – well known for its use in hair dye. 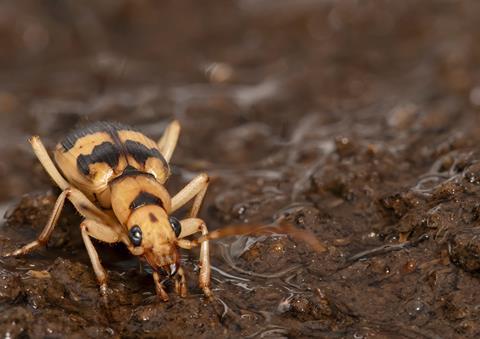 Inside the beetle, the two compounds are stored safely, but when it’s time for the posterior party they are pushed into a chamber where they are joined by catalytic enzymes. The hydrogen peroxide decomposes and the hydroquinone oxidises – forming, among other things, benzoquinone – which is an irritant to most vertebrate eyes and lungs. Unfortunately for any bumbling beetle botherers, the energy released can cause the spray to reach nearly 100 degrees, and, what’s more, as you’d expect from an exploding bum, it smells pretty bad.

Now, while we’re on the subject of animal behinds, hydroquinone is also one of the components of castoreum, another foul smelling substance, which is found in beaver anal cavities or ‘castor sacs’. Rather than detonating their derrières, the beavers use this concoction, alongside urine, to mark their territory. Upon discovering this, humans did the obvious and started putting it in their perfume. Apparently, once left for a few years it takes on a charming leathery smell. Castoreum has also been approved by the FDA for use in food flavourings, including vanilla. But it’s very unlikely that you’ve ever had this, as unsurprisingly there are much easier ways of getting vanillin than by milking a beaver’s backside. 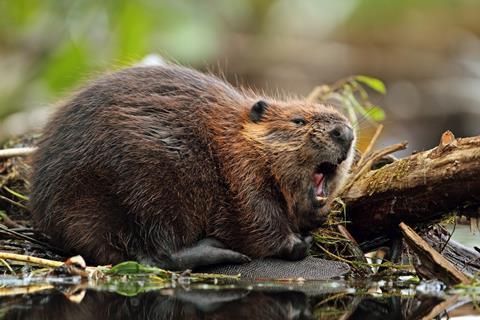 If you’re disappointed don’t worry, you can take a trip to Sweden and try some schnapps called Bäverhojt – that literally means ‘beaver shout’ and is made using castoreum.

Hydroquinone also pops up elsewhere in nature. It’s found in certain types of mushrooms and in propolis, the glue bees make to fix their hives.

And we humans make quite a bit of it industrially. There are two main ways, the cumene process, which reacts benzene and propene together with some added air and acid; or by reacting phenol with hydrogen peroxide.

There are few reasons why we bother – it’s a reducing agent which is soluble in water, which makes it of interest to photographers. Hydroquinone reduces silver halides to make fine particles of silver, these look black and so develop a photograph.

But one of the most popular – and also controversial – uses of hydroquinone is in skin depigmentation. It can reduce the production of melanin, the compound which creates skin tone. It does this by inhibiting an important enzyme called tyronase, which causes cells to produce fewer, and more abnormal melanosomes, the tiny structures inside cells which create and transport melanin. 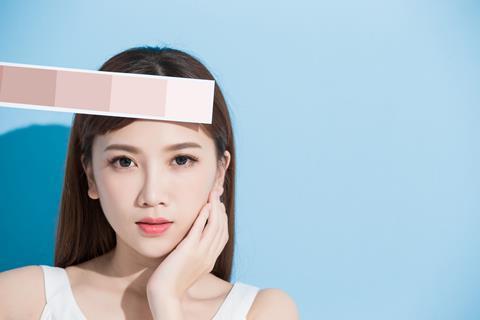 But is it safe? It’s been linked to some very unpleasant side effects, especially at higher concentrations, like dermatitis or skin irritation, sensitivity to the sun, or permanent patchy discoloured skin. Plus, animal studies have left some concerns over potential links to cancer.

However, you can get prescribed hydroquinone to treat things like hyperpigmentation. One study argued that in over 50 years of medical use, there have been no documented cases of resulting cancers. Another study suggests that people who work in the manufacture and use of hydroquinone are actually less likely to suffer from cancer than the general population, although why this is is a big question mark. One of the big problems with determining how dangerous hydroquinone might be is that it is often found in bootleg products, either at high quantities or alongside contaminants like mercury, so it’s very hard to untangle the effects of unsafe use and other toxic compounds. 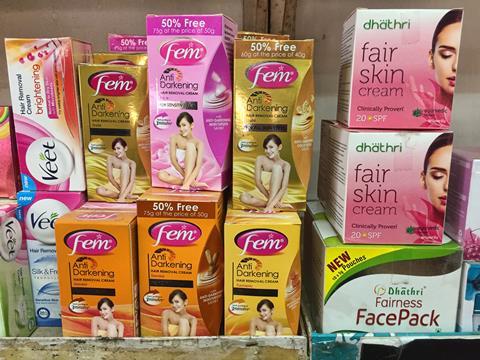 However you feel about the act of skin depigmentation, it’s a billion dollar industry and expected to double in the next ten years. This means safe products which have been tested in the short and long term are definitely needed, and there needs to be good information about what a harmless-looking pot of skin cream at your local market could actually do.

That was Georgia Mills with hydroquinone. Next time, Brian Clegg will have you salivating…

Spit a drop of saliva onto your finger and you are looking at a solution containing amylase. Some mammals, humans included, have amylase in their saliva to help break down foodstuffs – it’s the job of that amylase to get started on the carbohydrates in starchy foods, splitting them into component sugars.

Join Brian in the next Chemistry in its element podcast, and find all of our previous pods at chemistryworld.com/podcasts. And if you don’t see your favourite compound in the list – let us know and we’ll see what we can do: email chemistryworld@rsc.org or tweet @chemistryworld. I’m Ben Valsler, thanks for joining me.

Additional music: I see you and Neverending minute by Sounds Like Sander, via Soundstripe