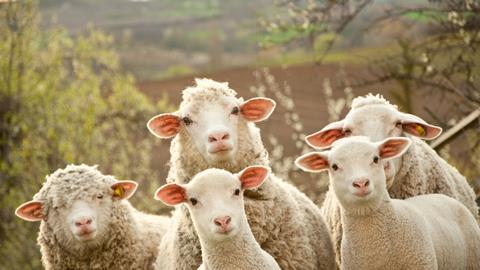 We’re experiencing a heatwave in the UK right now, but soon enough the rains will start, and we’ll be thankful for our waterproof coats once again. Here’s Mike Freemantle on a traditional material that helps keep us dry. 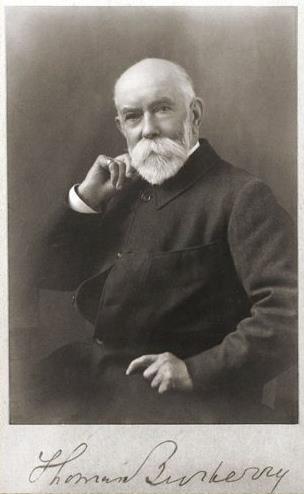 In 1856, a 21 year old linen draper opened an outfitters shop in the centre of Basingstoke, a small market town in Hampshire. His name was Thomas Burberry. The outfits he made included tightly woven smocks for farm workers.

One day, the story goes, he had a chat with a shepherd who was one of his regular customers. Burberry observed that the linen smocks worn by Hampshire shepherds were cool in summer and warm in winter. And he was intrigued by the ability of the smocks to repel rain. The shepherd pointed out that when he was dipping sheep, his smock absorbed a greasy substance from the woollen fleeces. He suggested that it was this grease that made the smock weatherproof. 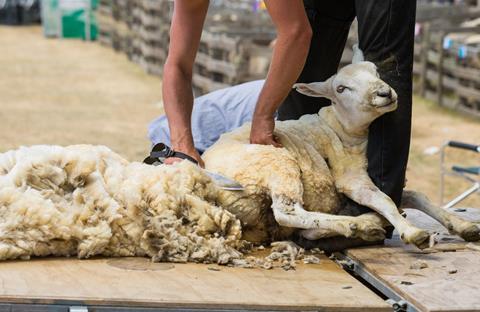 The grease was a crude form of lanolin, a yellowy-brown wax that melts between 36oC and 42oC. It constitutes 10% to 20% of the weight of sheared wool. Sheep secrete the wax to protect their skin and wool from the effects of sun, wind and rain. The wax also has antibacterial and antifungal properties that prevent skin infections.

Lanolin is mostly composed of a complex mixture of thousands of esters and polyesters derived from high molecular weight alcohols and fatty acids. About 4% of the wax is a mixture of free alcohols. Trace amounts of hydrocarbons and free acids are also present. 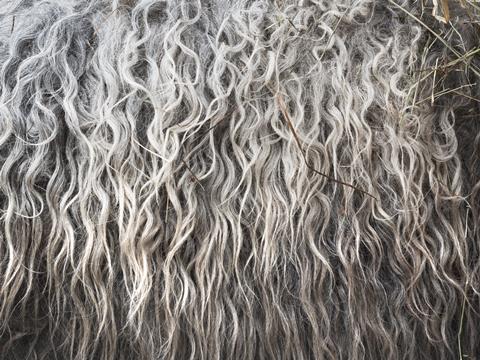 Raw wool grease contains not only lanolin wax, but also dirt, dust and salts produced when sheep sweat. Farmers traditionally extracted lanolin from the dirty grease on wool by immersing fleeces in a vat of water and bringing it to the boil. The hot water melted the wax. As the water cooled, the wax rose to the surface where it could be skimmed off and stored for use. A single fleece could yield up to a quarter of a litre of the waxy liquid.

The wax has a number of desirable properties. It has a slightly antiseptic effect and forms a stable emulsion with water that softens and moisturises skin. For these reasons, lanolin emulsions have been used for centuries in cosmetic and health care products. 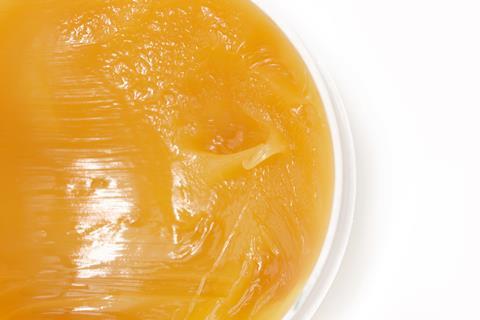 But it was the waterproofing properties of the wax that fascinated Burberry. He is said to have had a conversation with a local doctor who commented that the ideal waterproof would not only withstand wind and rain, but also allow air to reach the body. Mackintosh raincoats had been on sale in the country since 1824 but they were made of a rubberised fabric that was impermeable to air, and so did not ‘breathe’.

Burberry set about designing a fabric that was both waterproof and breathable. In1868, he established a factory to make his garments. Over the following years, he developed an innovative process to produce a tightly woven twill fabric using yarn that had been waterproofed before weaving. The cloth he produced was not only waterproof and breathable but also lightweight and hard wearing. 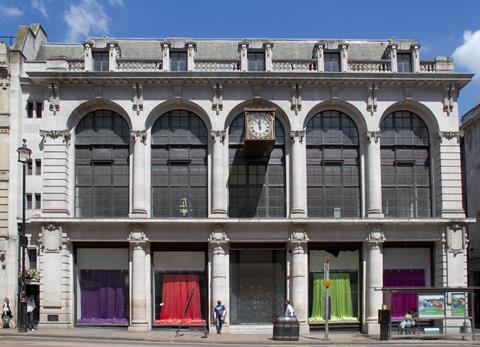 In 1879, the Basingstoke draper registered the Burberry trademark for his so-called ‘self-ventilating weatherproof combination’. He named the fabric ‘gabardine’ after the ‘gabardinas’ cloaks worn in Spain in the Middle Ages as protection against the elements. He took out a patent on the cloth in 1888. Four years later, he built a larger factory and moved his shop to bigger premises. In 1891, he opened a new shop in Haymarket, London. 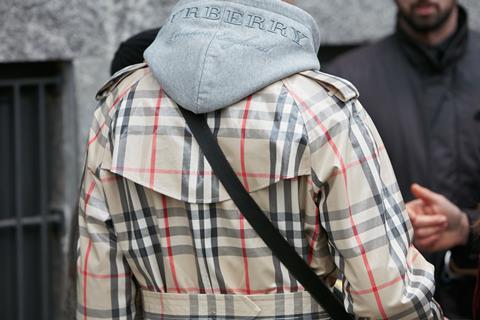 The burberry check pattern on a raincoat

Gabardine all-weather garments with the Burberry label rapidly became popular. They were worn by the Norwegian polar explorer Roald Amundsen who, in December 1911, was the first person to reach the South Pole, and the British polar explorers Robert Scott and Ernest Shackleton. Gabardine was also used to make around half a million trench coats for the British army in the first world war.

Burberry’s business eventually developed into a luxury fashion house producing clothing and accessories with the trademark Burberry check pattern. It is perhaps surprising to think that the origins of this global brand can be traced back to a small shop in Basingstoke, a young draper, a Hampshire shepherd, and a greasy smock.

That was Mike Freemantle, talking about lanolin. Next week, Jamie Durrani brings us a powerful painkiller

In 1960, Janssen’s team found a compound almost 100 times stronger than morphine. That compound was fentanyl – now recognised as an important pain-relief medicine, but also implicated in the growing ‘opioid crisis’ and thousands of drug-related deaths.

Join Jamie next week. Until then, you can email chemistryworld@rsc.org or tweet @chemistryworld with any comments or suggestions. I’m Ben Valsler, thanks for listening.