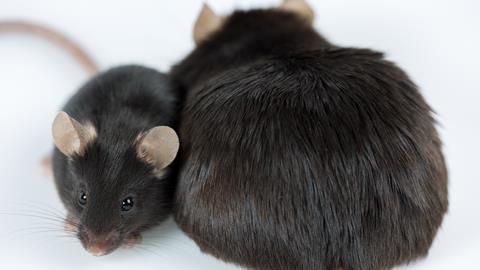 Rotund rodents revolutionised our understanding of the biological role of fat. Now, as Katrina Krämer discovers, the hormones created by fats could redefine obesity

This week, Katrina Krämer serves up the hunger hormone that taught us some fundamental facts about fat and might lead to a new definition of obesity.

In 1950, scientists working at the Jackson Laboratory in the US state of Maine discovered something extraordinary: Obese mice. Fat rodents may not seem to be something to be particularly excited about. But studying them would eventually lead to the discovery of how a hormone called leptin regulates hunger and how genetics influence body weight.

The mice in question were born to normal weight parents. At first, the baby mice looked just like any other. But from the age of six weeks, they started eating, voraciously, never seeming to feel full. As a result, they became massively obese, weighing four times as much as normal mice. What the scientists had found was a type of mouse whose genetic mutation caused excessive eating. 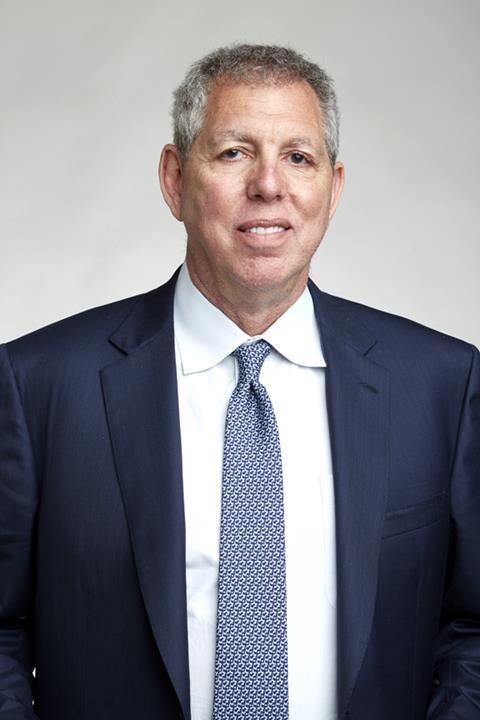 Scientists put forth hundreds of different hypotheses about the function and identity of the gene – none of which proved to be correct. But in May 1994, a US researcher called Jeffrey Friedman had a eureka moment. Early on a Sunday morning, Friedman was sitting in a darkroom to check the results of his gene expression experiments. He had been studying the obesity gene for several years, trying to clone it to understand its function. At that moment, he realised that the gene must encode for a new type of hormone, one that regulates the body’s energy input.

Friedman and his team called the hormone leptin, from the Greek word leptos, meaning thin. Leptin is a small peptide made by fat cells. In the brain, it binds to receptors in the hypothalamus, the tiny part of the brain that regulates many automatic functions like breathing, heart rate and also hunger. Leptin acts like a hunger blocker – if there’s enough fat, the mouse doesn’t need to spend time and energy looking for more food. But if fat storage runs low, leptin levels fall and stimulate appetite.

In a mutated obese mouse, the gene that ensures leptin production is broken. Without the gene, there is no hormone restricting energy intake, so the animal’s brain considers itself constantly starving. The mouse simply doesn’t know when to stop eating.

After the mouse studies, leptin and its receptors were also found in humans. The discovery that obesity can be the result of genetic mutation, as Friedman puts it, ‘provides an alternative to the widely held view that obesity develops from a failure of willpower or consequent to the modern environment’. 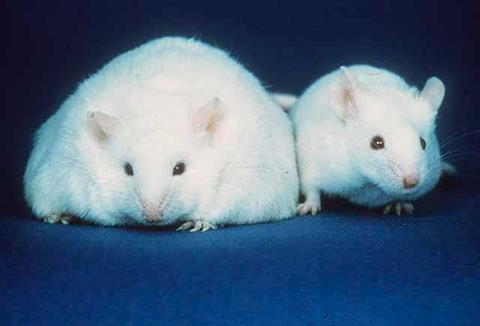 However, leptin wasn’t a magic bullet for obesity. Studies found that some obese people indeed carried a genetic mutation that left them unable to produce leptin. Giving those people leptin resulted in dramatic weight loss. For other people, this didn’t work. There are in fact many overweight people that produce plenty of leptin, but their bodies fail to respond to it. They have a different genetic mutation that gives them leptin resistance, similar to how type 2 diabetes makes people less sensitive to insulin.

Nevertheless, the discovery of leptin was a revelation. Tens of thousands of studies were published on the hormone in the years following 1994. It also cemented the fact that fat cells aren’t just passive energy storage structures. Here’s Dharani Abeysinghe, a researcher from Sri Lanka working with leptin:

People merely considered fat cells as a place to store excess body fat. But then, in 1994, around that time, they discovered that fat cells have a significant set of roles other than just lipid storage. And one of those important roles is the production of hormones. And leptin is one of those hormones produced by fat cells.

Fat, like the pancreas and the thyroid gland, is an endocrine organ. Part of a chemical messenger system, it makes biologically active compounds that regulate activity in distant parts of the body. A signalling protein secreted by fat cells is called an adipokine, and leptin was the first one ever found. We’ve since discovered hundreds of them.

But leptin has not only helped scientists appreciate the important role fat cells play in the body, it could also help redefine how we measure a person’s body condition. A common shorthand for ‘fitness’ is BMI, body mass index. Defined as the body mass divided by the square of the body height, its origins go as far back as 1830. It is used in clinical practice to identify under- or overweight individuals. It is also the basis for public health risk studies, policies and legislation. But it is not without flaws. Here’s Dharani again:

Obesity is defined as a disease related to excessive body fat. Currently, it is measured using BMI or body mass index, mainly. It takes the total body weight into account, not just the fat mass. So total body weight includes both fat mass and lean mass, which is muscle and bone mass. But what is responsible for obesity is only the fat mass. So it’s actually misleading. Certain individuals who’ve been categorised to be normal weight could actually be obese, if their fat mass alone is considered. So it’s not really accurate to use BMI as a measure of obesity. If we can go to another method, which directly reflects the fat content alone, then it will be more accurate. That is the objective of my research to develop new detection system to detect fat content alone.

I live in an Asian country. BMI is developed based on the average body weight of a Caucasian, not an Asian. It has been found out that Asians contain more body fat than Caucasians. So it’s not accurate to use it worldwide as an accurate measure for obesity, because the body fat content of Asians is different from that of Caucasians.

So what if doctors could determine a person’s body condition without ever laying eyes on them? 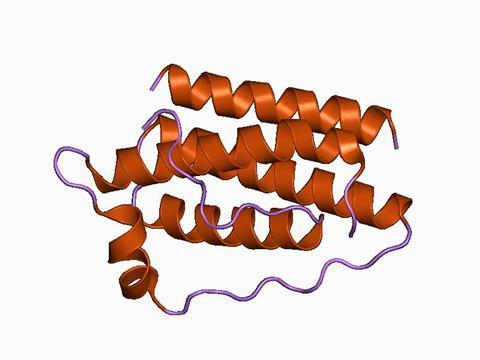 The leptin concentration in the blood is proportional to the fat amount of a person’s body because it is produced by fat cells. If we can detect the level of leptin in the blood serum sample of a patient, then you can directly measure the fat content.

That is, as long as the person doesn’t have a genetic mutation that alters their leptin levels.

There are already several ways to measure leptin, but they are all slow, expensive and require a lot of lab experience – you really need to know what you’re doing if you want to run an enzyme-linked immunosorbent assay. Dharani wanted to create a leptin sensor that could be used on the spot in every clinic. She created silver nanoparticles carrying anti-leptin antibodies on their surface; these are proteins that specifically bind to leptin.

Leptin contains multiple binding sites with antibody anti-leptin. And anti-leptin antibodies are highly specific for leptin. So when nanoparticles of functionalised with anti-leptin, and when I add those nanoparticles to a solution or a sample containing leptin, more than one nanoparticle bind with leptin, surrounding it, forming dimers or higher aggregates of nanoparticles.

So the more leptin there is, the stronger the signal shift. Simple! Dharani says her sensor might one day make it possible to check leptin concentrations in umbilical cord blood, which might give clues as to whether a child is at risk of developing obesity later in life. However, the sensor is still under development, so it might be some time until we can measure obesity with silver nanoparticles.

For now, we’ll have to rely on BMI and our doctor’s disapproving stare to figure out if our leptin levels are in check.

That was Katrina Krämer with leptin. Next week, Harriet Brewerton on the many uses, and disastrous consequences, of fipronil.

It is used in cockroach traps, and is the main active ingredient in many spot-on treatments used by cat and dog owners to control fleas, ticks and ear mites.

Join Harriet next time. Until then, let us know if there are any compounds you would like us to research on your behalf – email chemistryworld@rsc.org or tweet @chemistryworld. You’ll find all of our previously published pods at chemistryworld.com/podcasts. I’m Ben Valsler, thanks for joining me.