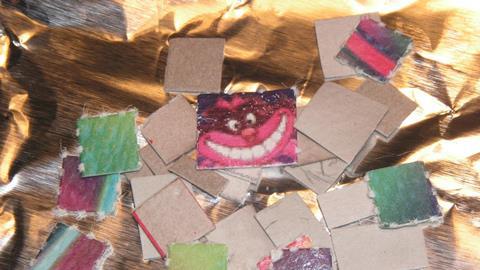 The time- and sense-distorting chemistry of LSD

Just imagine if you experienced hallucinations that appeared as a kaleidoscope of fantastic images - circles and spirals exploding in coloured fountains - but then the woman next door appeared suddenly as a malevolent, insidious witch in a coloured mask. Such was the experience of the Swiss chemist Albert Hofmann in 1943 when he synthesised LSD and then tried a small amount.

He would have been less surprised if he had known that the Aztec magical preparation, ololiuqui, which they made from seeds of the Christmas vine, Rivea corymbosa, contained structurally similar chemical compounds. Hofmann subsequently isolated and established the structures of these putative hallucinogens and even experimented with them himself - proving that they did indeed induce hallucinations.

But why did he prepare LSD in the first place? The Swiss chemical company Sandoz, for whom Hofmann was working, were investigating alkaloids from the ergot fungus. This grows on rye and other cereals and in the Middle Ages had led to plagues of ergotism when people ate bread contaminated with the fungus. The alkaloids cause a range of symptoms including nausea, convulsions, and in severe cases blackened limbs due to gangrene - hence the alternative name Holy Fire for the condition. Many thousands died, especially in France and Germany, during outbreaks of ergotism.

Sandoz was interested in the vasoconstrictive (that is blood vessel narrowing) properties of the two major alkaloids present in the fungus - ergotamine and ergometrine. These became useful drugs for treating postpartum haemorrhage - excessive bleeding after giving birth - since they have a potent constrictive effect on blood vessels of the uterus.

The naturally occurring ergot alkaloids are all amides of lysergic acid, whose structure includes 4 rings and two nitrogen atoms as well as a carboxylic acid group. Hofmann was given the job of preparing analogues for biological screening, and LSD - the diethylamide of lysergic acid - was one of these structures. It can be prepared by reacting the acid chloride (or other activated derivative of the acid) with diethylamine. Many other analogues have since been made and bromocriptine for the treatment of Parkinson's disease, has been one of the most successful.

For a while Sandoz thought that LSD could become a useful drug for treating alcoholism and depression, but their clinical research was sidelined by the US psychologist Timothy Leary who became something of an evangelist for the mind-expanding properties of LSD. His exhortation to 'turn on, tune in and drop out' helped start the hippy revolution of the 1960s. It also ensured that he became what President Richard Nixon described as the 'most dangerous man in America!' While it would be wrong to over emphasise Leary's influence on 1960s drug culture, there is no doubt that the way-out lyrics of many of the pop songs of that era were inspired by the hallucinatory experiences of the writers.

So how does it work? LSD interacts with the 5-hydroxtryptamine (5-HT, serotonin) receptors in the brain, especially the subclass known as 5-HT2A. Since 5-HT is one of the key neurotransmitters in our brains, implicated in the control of behaviour, mood and sensory responses, it is hardly surprising that LSD produces a wide range of mind altering effects. It is a typical hallucinogen in that it produces distortions of the senses, time and space without inducing memory loss, narcosis or addiction. 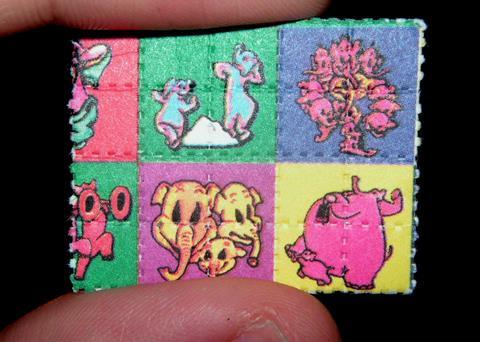 Interestingly, there are many examples of South American, plant-based hallucinatory snuffs which contain structural analogues of 5-HT, as does the 'magic' mushroom Psilocybe mexicana (also studied by Hofmann and popularised by Leary) which contains psilocybin and psilocin. While LSD is much more complex than these simple analogues of 5-HT, the basic skeleton of the neurotransmitter can be picked out within its structure. So the mind-altering properties of LSD are not unique - though it is the most potent hallucinogen yet discovered.

This potency is a problem for anyone who experiments with LSD, since there is a significant risk of LSD psychosis. This is a state where the user feels omnipotent or invulnerable, though they can also experience extremes of paranoia. They might then undertake crazy and life-threatening activities and there have been many accidental deaths and some suicides. For this reason, LSD is classed as a category A drug (along with heroin and cocaine) under the UK's Misuse of Drugs Act, and penalties for supply or possession of the drug can be severe.

But can we harness the mind altering changes to produce clinically useful drugs? Recent trials have shown some promise for treating anxiety and obsessive compulsive disorder. Hofmann in his book LSD: my problem child talks of his hopes that the substance might become 'a valuable medicament' rather than merely a 'misused inebriant', and this now seems more likely than at any time since its discovery. Hofmann died in May 2008 at the age of 102, so his risky experiments with a range of hallucinogens, both natural and synthetic, evidently had no long-term affect upon him.

So a long-lived life of research, and the odd hallucination. That was Queen's University Belfast scientist John Mann, with the time- and sense-distorting chemistry of LSD. Now next week we won't be blowing our minds, but possibly our tongues.

To understand what all the fuss is about, you have to appreciate that capsaicin is a far more potent chemical in its pure form than in the chilli powder on your kitchen shelf. Pepper pungency is often measured on the Scoville scale, which relates how much an alcohol extract of the pepper has to be diluted with sugar solution until the heat is only just detectable. While jalapenos register a modest 8000, and the world record-holding Naga viper pepper around 1.4 million, pure capsaicin blows both of those scores out of the water at 16 million. So while you may feel the burn from a decent smattering of sweet chilli sauce, it would be nothing compared to what you would feel from pure capsaicin solution.

And to find out what effect a Scoville rating of 16 million can have on your body, as well as how this effect is caused, step away from the chillies and join Hayle Birch in next week's Chemistry in its element. Until then, thank you for listening. I'm Meera Senthilingam