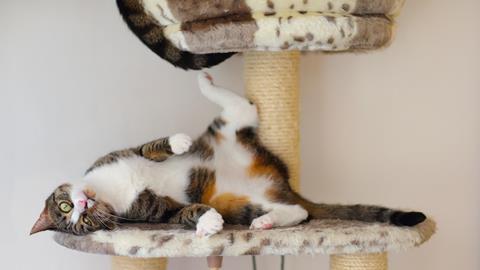 The catnip compound that felines go crazy for could have exciting uses for humans, too, as Kat Arney finds out

Cat owners will recognise its intoxicating effect on their pets, but this week Kat Arney discovers that a compound in catnip may have exciting uses for humans, too… 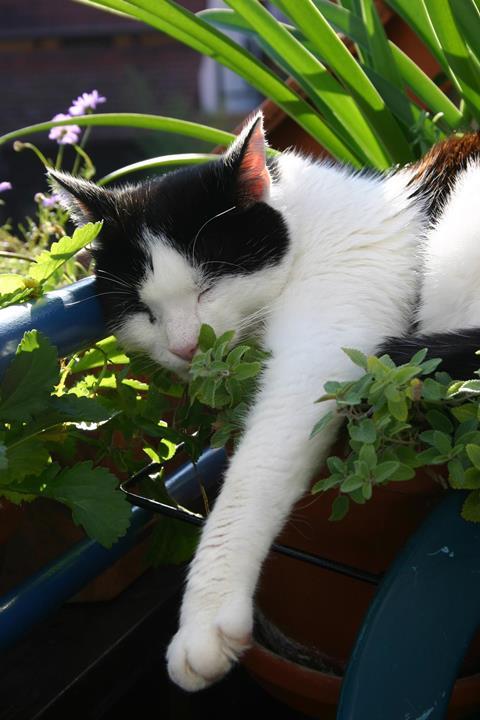 Many cat owners will be familiar with the chemical nepetalactone (or at least its effects) as it’s the active ingredient in catnip, or ’kitty crack’ as it’s sometimes known. Around 70% of cats in the US and UK are sensitive to catnip once they’re over the age of three months – as well as their wild cousins including lions, tigers and leopards – and they respond to its smell by basically acting like they’re totally stoned: dribbling, licking, rubbing their head and body on nearby surfaces, rolling about on the floor and mewling for a good ten minutes or so. Then the effect wears off, and they’re back to being their usual grumpy selves.

Catnip, or Nepeta cataria, is a member of the same plant family as mint, and nepetalactone is a type of chemical known as a terpene – a volatile organic molecule made up of two carbon rings joined together, one with six carbons, the other with five. It was first discovered in 1941, after researchers led by Paul Johnson at the University of Wisconsin set about breaking down an oily extract of catnip into its constituent parts, in search of the elusive kitty crack. 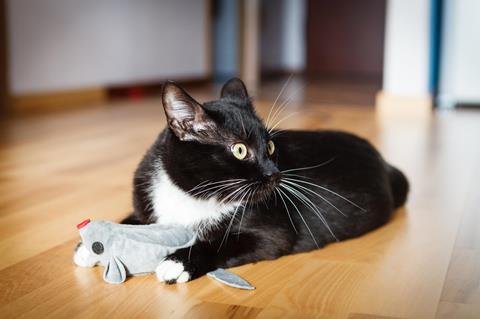 Although nepetalactone is found in a few different forms, or isomers, only one version will drug your cat - 4aα,7α,7aα-nepetalactone. It exerts its remarkable effects by binding to special receptor proteins in a structure in the back of a cat’s nose known as the vomeronasal organ, which is particularly sensitive to pheromones and other scent signals. In fact, it’s thought that nepetalactone resembles a chemical in cat urine, which might explain its stimulating actions.

Unfortunately, nepetalactone doesn’t have the same joyous effects on human cat owners as it does on their pets, although there is one case report dating back to 1997 of a toddler who was rendered unusually dozy by a large accidental dose of catnip. And, of course, it has been smoked by hopeful hippies in search of a high. However, the herb has been employed for many years as a traditional medicine, with proponents claiming a range of uses including as a mild sedative and sleep aid, relief from cramps and stomach upsets. Watch out though, because too much will cause headaches and vomiting.

Steeping catnip in water produces a weak yellow solution which was enjoyed as a calming tea before actual tea became widespread, and has been used as a hair dye and even as love potion. There’s no solid scientific evidence to prove it has an amorous effect on humans, but one rather remarkable paper from 2011 showed that an extract of catnip enhances erections in male rats, and apparently ’facilitates their sexual behaviour’. 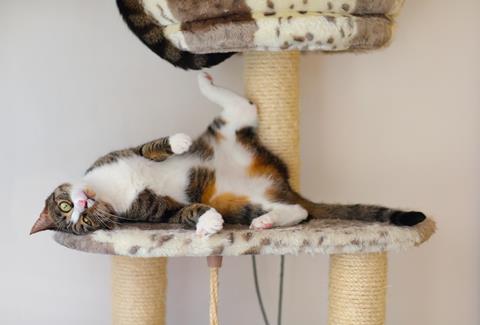 While there isn’t a lot of good evidence for its effectiveness in any of the alleged medicinal uses of herbal catnip, there is research ongoing into the pharmacological properties of nepetalactone and catnip extracts. It’s been tested as an antibacterial agent against methicillin-resistant Staphylococcus aureus – AKA the superbug MRSA. It also seems to work against cancer cells growing in the lab – although it’s important to remember that many things kills cancer cells in a Petri dish, most of which won’t ever make great cancer drugs. Sadly, the cure for cancer is not hiding within your kitty toy.

Because the catnip plant actually produces nepetalactone in order to make itself taste horrible to insects – rather than as a source of cat drugs – one obvious use of the chemical is as an insect repellant. There’s evidence to show that nepetalactone works against many sorts of insects, including mosquitoes that carry malaria – although this could be a double-edged sword if you’re allergic to cats as well as insect bites!

Kat Arney with nepetalactone – a compound that drives cats wild. And I’ll let you in to a secret – Kat is actually more of a dog person. Next week, Michael Freemantle has a medical question for you…

Do you have spots, freckles or pimples on your face? If so, would you consider using a lotion containing a highly toxic substance to get rid of them? Almost certainly not, I guess.

Find out what led people to smear themselves in toxic mercuric chloride next week. Until then, you can get in touch through the usual routes – email chemistryworld@rsc.org or tweet @chemistryworld. We’d love to hear from you. I’m Ben Valsler, thanks for listening.