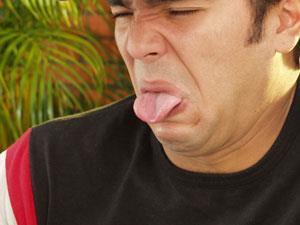 By tasting fantastically bitter, but only to some, phenylthiocarbamide (or PTC) exposed the genetics of taste

This week, some tasteful chemistry with Stephen Wallace.

In 1931 Arthur Fox, a UK-based organic chemist at DuPont, accidentally released a plume of a fine crystalline powder in his laboratory. He was surprised to hear his colleague complain about how horribly bitter the compound tasted, especially as he himself, who was closest to the compound, could taste absolutely nothing. Rightfully intrigued by this observation Fox went on to test this compound on the taste-buds of his family and friends (an experiment which would certainly not be encouraged today) and found that people found the compound either unbearably bitter, somewhat bitter or, like himself, could taste nothing at all. 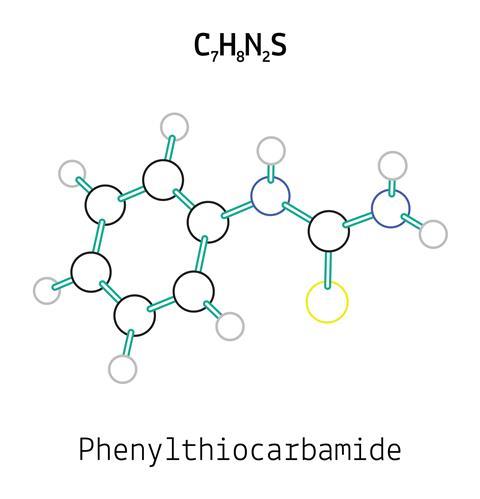 This compound was a low molecular weight N-arylated thiourea called phenylthiocarbamide, or PTC for short. Since this initial accidental discovery over 80 years ago, phenylthiocarbamide - and the associated genetics of our ability to taste, or not taste, certain molecules - continues to intrigue chemists and biologists alike.

Over the following years of research, what rapidly became apparent was that one’s genetic make-up defines whether phenylthiocarbamide tastes unbearably bitter or is virtually tasteless. Following on from Fox’s early experiments, the familial genetic link to PTC sensitivity was found to be so strong that PTC tasting became widely used in paternity debates long before the advent of DNA-based technologies.

The ability to taste PTC is an inherited Mendelian dominant characteristic. The gene responsible for this distinct phenotype (named the TAS2R gene) has been mapped to the q-arm of chromosome 7 in humans. There are three mutations which give rise to TAS2R polymorphism and correspond to two major haplotypes: the AVI recessive allele for a so-called “non-taster” and the PAV dominant allele for a so-called “taster”. Varying combinations of these haplotypes gives rise to three possible genotypes. PAV/PAV homozygotes report PTC to taste more bitter than PAV/AVI heterozygotes, and AVI/AVI homozygotes report PTC to be tasteless. Fox was therefore unaware that he was a so-called ‘non-taster’ and was almost certainly homozygous for the recessive allele of the TAS2R gene responsible for PTC tasting, whereas his lab colleague was likely homozygous for the dominant allele and was therefore a so-called ‘taster’.

We now also know that the differential ability to taste phenylthiocarbamide extends to your nationality and also to your lifestyle choices. The genetic divergence of taste responsiveness to PTC has been more recently investigated and it has been found that around 70% of people contain at least one dominant form of this gene and can taste PTC, to varying degrees. A more detailed anthropological study into the distribution of PTC sensitivity found that this ranges from around 50% of native Australasians to almost 98% of people native to North and South America. Studies have shown that people who smoke tobacco and who drink appreciable amounts of tea and coffee generally are less able to taste PTC. The implication is that people who are genetically predisposed to be sensitive to PTC bitterness are more likely to find the taste of cigarettes bitter, and are perhaps less likely to smoke. 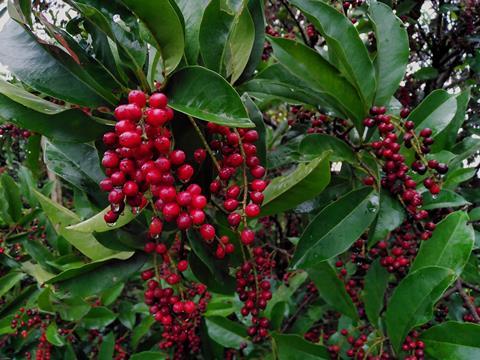 Although PTC is not found in any of the food that we eat, organic compounds related to PTC do exist. Interestingly, during a more recent study a group of eight people were asked to eat a pie containing antidesma berries (these are berries from the tropical plant Antidesma bunius). Two people were unable to eat the pie and complained that it was extremely bitter, whereas the other six found the pie pleasant-tasting and sweet. Surprisingly, it was found that the participants who found the pie too bitter found PTC not bitter at all, while the participants who enjoyed the pie found PTC very bitter to taste.

So as the science of taste stands today, the possibility exists that your genetic make-up associated with sensitivity towards bitter-tasting small molecules such as phenylthiocarbamide may influence your choice of certain foods. Although this genotype has been proposed as a mechanism for determining the taste preferences of an individual, the TAS2R gene is so far the first and only taste receptor to display this characteristic.

Although none of these dietary links have been conclusively proven, it’s certainly still my excuse when it comes to eating brussel sprouts on Christmas Day!

Stephen Wallace from the Medical Research Council, opening up our taste buds, with the chemistry of phenylthiocarbamide. Next week, we fight cancer.

Compared to very broad-acting alternative treatments like chemotherapy, a drug like tamoxifen has the major advantage that it is much more targeted to the cancer that is being treated. This means we can avoid the side effects associated with the treatment of cancer by chemotherapy.

Andrew Holding explores just how such specificity is possible in next week’s Chemistry in its Element. Until then, thank you for listening, I’m Meera Senthilingam.