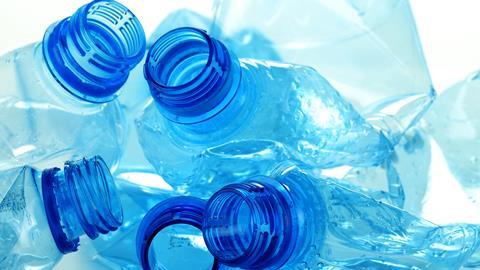 The story of one of the most ubiquitous artificial compounds

This week, Fernando Gomollón-Bel has his own pet project…

Find a plastic bottle. There’s probably one not far from you. Now look at its bottom: do you see a little triangle with a number one inside? Well, that means the bottle is made from the compound polyethylene terephthalate. Yes, it’s a bit of a mouthful. That’s why lazy chemists usually call it PET. 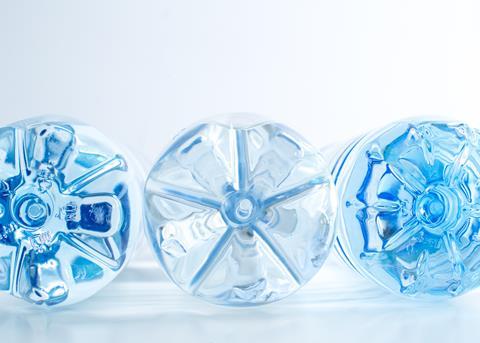 PET is a polymer. This means it’s a macromolecule made out of thousands of repeating units called monomers. To produce PET chemists use two different kinds of monomers: terephthalic acid and ethylene glycol. Both units undergo a reaction called esterification, where an organic acid and an alcohol combine to form an ester and water. Esters are usually compounds with nice and fruity smells. But PET is not a normal ester – it’s a polymer, hence a poly-ester – and properties are very different. We’ll talk about them in just a moment.

But first, a little history. PET was discovered in 1941 by a chemist from Surrey, John Rex Whinfield, who was doing research on polymers that could be used to make fibres. This was kind of trendy back then, as Nylon had been discovered just 3 years before.

PET can, of course, be spun into fibres. Check the labels on your sport clothes – if they say ‘polyester’ then it’s probably PET (or maybe another close family member). But PET is more versatile – it can be crystallised into a very light, resistant material, ideal for making bottles. It’s cheaper than glass, it’s flexible, less fragile, and it can also be reused thousands of times . It’s also much lighter than glass, and costs less to transport, so it makes sense that PET bottles are now everywhere. 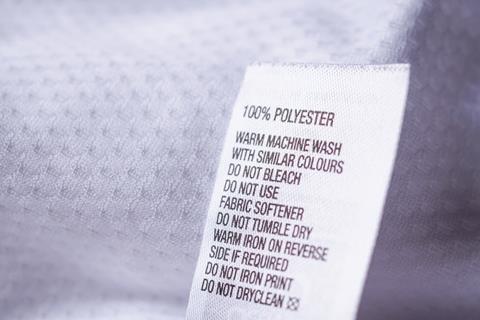 But there’s a significant downside to PET’s properties: it’s very hard to break down and thus resistant to biodegradation. Luckily it’s also among the most-easily recycled polymers, so as long as people recycle their bottles instead of throwing them away, PET can be reused many times.

The easiest way to recycle PET is to chop bottles (and any other stuff made of PET) into small flakes and pellets. This waste product then becomes quite valuable, because it can be melted down and used to create new containers.

But there’s also a chemical way to recycle PET. Chemists know how to break down the ester bonds that hold PET together and obtain the monomers again. This process involves a couple of steps. First comes something called partial glycolyiss, where the polymer is treated with ethylene glycol. This breaks the long polymer chains down into shorter chains, called oligomers, which melt at cooler temperatures and thus can be filtered to remove any impurities. Then, once the material has been purified, it’s completely broken down into the monomers , which get purified by distillation. Once the monomers are obtained, they can be used to produce new, shiny PET again.

And then there’s yet another way to recycle PET, and it goes back to Whinfield’s original aim – making fibres. Used bottles can be turned into fibres, which are then used to make fabrics. It’s become a popular material for making carpets, and in 2010, NIKE reportedly recycled 13 million plastic bottles to make the t-shirts of 10 national football teams, including England. 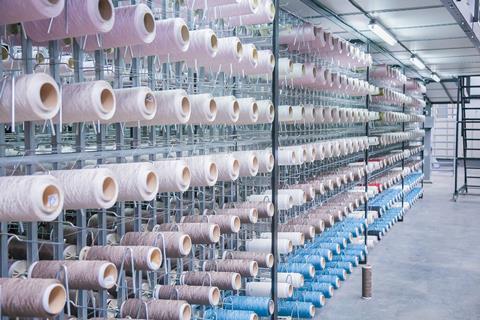 But not all PET gets recycled – there are already vast amounts of it in landfills across the world. And although it’s not traditionally biodegradable, some bacteria living in landfill sites have evolved to eat PET and use it as their main carbon source. Perhaps it was inevitable – in an environment where many species compete to use the smelly, rotten organic matter, the mountains of PET provide a new ecological opportunity – an untouched buffet of bottles. Our own Matt Gunther wrote about these fascinating species in Chemistry World, you can find that at http://rsc.li/bacteria.

But sadly, their days may be numbered. In 2009, the Australian town of Bundanoon banned the sale of bottled water. Similar bans followed in Concord, Massachusetts, many areas of Canada and San Francisco. Very recently, France passed a ban on all disposable plastic cutlery, plates and cups. Although this will benefit ecosystems in the long term, it may prove that, for those dump-dwelling bacteria, adapting to eat PET is an evolutionary dead end.

Fernando Gomollón-Bel on the ubiquitous compound PET, and how its days may be numbered. Next week, one drug, many applications…

Gabapentin has been described as a ‘wonder drug’ for its ability to treat neuropathic pain, restless leg syndrome, migraine, bipolar disorder, drug and alcohol dependence, attention deficit disorder, premenstrual syndrome, and much more.

Join Louise Crane to hear about the rise and fall of Gabapentin. Until then, let me know if there’s any compound you would like me to put under the microscope by emailing chemistryworld@rsc.org, or join the conversation on twitter, where we’re @chemistryworld. Thanks for listening, I’m Ben Valsler.