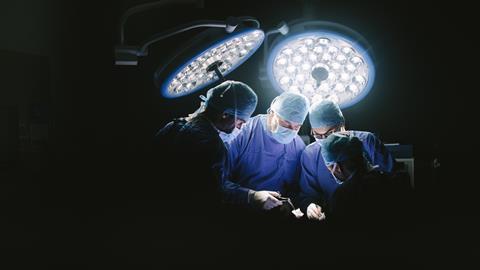 Also known as ‘milk of amnesia’, propofol helps to prevent perception of pain in surgery – just don’t forget its dangerous side

This week, Georgia Mills takes alook at the milk of amnesia – an important drug for anaesthesia, but with a sinister side – it’s also the chemical that killed Michael Jackson.

Propofol is sold under the name diprivan – with the chemical name 2,6-diisopropylphenol. It consists of just carbon, oxygen and hydrogen – and looks a little bit like a molecular cheerleader – with a benzene ring body and two isopropyl pom-poms either side of a little hydroxyl head. Go propofol!

In its pure form it’s a milky yellow liquid, but it freezes at only 19 degrees. Its structure also means it is bad at mixing in with water, but is lipophilic – it loves fat. You and me both propofol.

Propofol is used as an anaesthetic, something to bring a patient ‘under’ for the more serious operations. It’s almost never used in its pure form though. It’s usually mixed into a delicious-sounding substance made of soybean oil, fats from egg yolk, and glycerol.

It’s a very popular anaesthetic, as it acts very quickly – taking patients swiftly into unconsciousness, and doesn’t seem to last very long or leave unpleasant hangovers. It is administered intravenously, and once someone has gone under, other substances are employed to keep them there. Propofol, the induction agent, just does the hard work at the beginning. In low doses it can be used in conscious sedation, where a combination of sedatives and painkillers allows certain procedures to be done without the need for full anaesthetic.

It’s also commonly used on intubated people, so will have been very important in the critical cases of Covid-19. 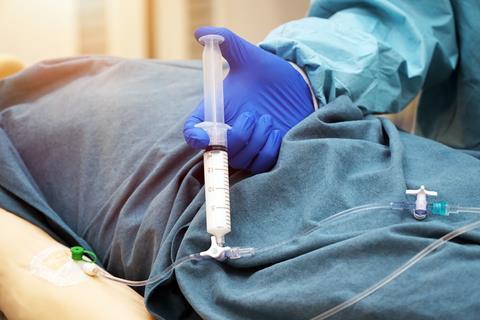 Although nobody really expects to enjoy surgery, people do report the effects of propofol as being slightly pleasant – giving them nice dreams, even occasionally making people amorous upon waking. It doesn’t do anything to actually reduce pain, but does lead to some loss of memory – so at least people can’t remember said pain. That, alongside its white appearance gives it its nickname – milk of amnesia.

John B Glen, a British veterinarian, started developing propofol in the 1970s. It showed promise in animal trials as it didn’t lead to muscle twitches, and seemed to combine safely with other commonly used drugs. It was approved for use in humans in 1986 in the UK, and now it’s approved in over 90 countries, becoming more popular than its predecessor thiopentone – which acted quickly but stayed in the body for a long time. Glen’s work developing the drug was honoured in 2018 when he received the Lasker Clinical Research Award.

But how does this chemical work? Most anaesthetics are still something of a mystery – but scientists are putting together the clues.

Propofol acts on the central nervous system. It affects a receptor called GABA A, which causes ion channels through cell membranes to stay open for longer. By acting in the sleep–wake areas of the brain, it seems to work a little like a sleeping pill. But there’s definitely more to it than that.

In 2018, a study in Cell Reports looked at the effects of propfol on the brains of rats, specifically at something called synaptic release: a mechanism though which neurones talk to each other. They found that propfol ‘trapped’ a protein called syntaxin1A, stopping neurones from being quite so chatty.

Propofol has a half life of up to 24 hours after injection – the liver chomps it up and metabolises it – but effects are much shorter lived because it very rapidly spreads out throughout the body.

As with most drugs, propofol is not without its side effects. It can hurt, quite a bit, on injecting and can also cause itchiness and changes in heart rate. Being put under anaesthetic is also never going to be completely without risk – especially for the very old and very young, or people with existing complicating conditions.

But propofol’s effects – namely sedation and happiness – also lead to it being used as a drug of abuse. It’s rare, because it’s extremely hard to get hold of, but has been associated with a number of accidental deaths – most famously that of Michael Jackson.

After Jackson’s death in 2009 there was a high-profile court case against his personal doctor – Conrad Murray. The LA County Coroner reported that ‘acute propofol intoxication’ was a key cause. In the trial it came to light that Jackson had been using propofol to get to sleep, and an extremely high dose – combined with other drugs in his system – caused his death. Murray was convicted of involuntary manslaughter and sentenced to four years. 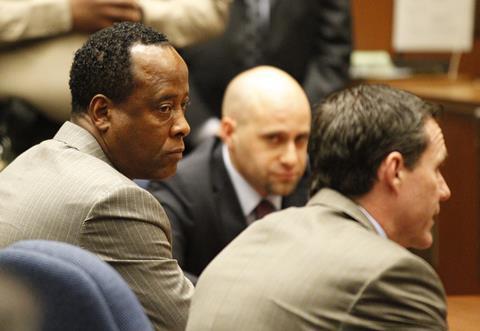 Dr. Conrad Murray was convicted in the 2009 death of pop singer Michael Jackson from an overdose of propofol.

This was not propofol’s only appearance in the American justice system. In 2012 the Missouri Supreme Court permitted the use of lethal doses of propofol to execute prisoners, but it was never used. The first planned execution was halted in 2013, because other countries banned or threatened to ban the export of the drug if it was going to be used for such purposes.

In general, propofol is being used safely and effectively for the litany of medical procedures undertaken everyday, making sure people are not awake and experiencing the pain of their surgeries. And as scientists get closer to the true mechanisms of action, they should be able to find out which patients may have a negative reaction, allowing us to make surgery safer for everyone.

That was Georgia Mills with propofol. Next week, as we get close to Halloween, I’ll take a look at a sweet-tasting compound found in black licorice that, earlier this year, led someone to an untimely grave. Until then, find all of our previous podcasts at chemistryworld.com/podcasts, and let us know if there are any glaring omissions you think we should fill – email chemistryworld@rsc.org or tweet @chemistryworld. I’m Ben Valsler, thanks for joining me.