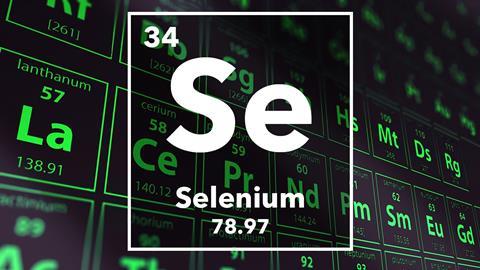 Hello, this week flaky scalps, skunks, dead polo ponies and an element that makes you stink of garlic. Yum! But it’s not all bad news.

We know selenium is there, right under sulfur, in the periodic table, but it doesn’t get much attention. The inorganic chemistry textbooks that I studied from talk extensively about sulfur and, where appropriate, say things like ‘selenium also forms similar acids’, or ‘selenium also has many allotropic forms’. How slighted is this important element!

When I was in my early 20s I developed a dry scalp condition for a few years, probably a result of anxiety over research grants I was trying to obtain. The treatment for this was a shampoo containing selenium sulfide, surprising to me because I thought that selenium was highly toxic. In fact a little investigation showed me that it was perfectly safe in small amounts. 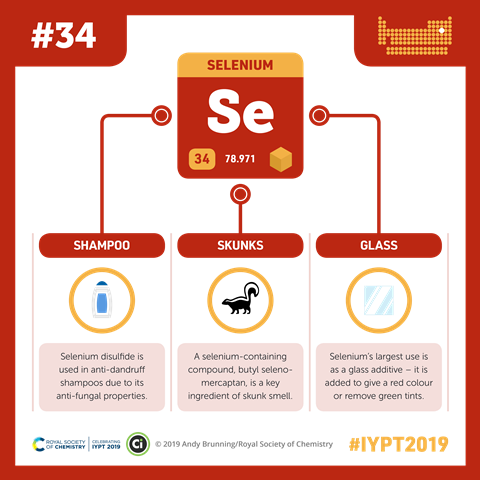 Selenium is one of those all too common elements that is essential to life in small quantities, and very toxic in larger quantities. 400 micrograms per day is set as the safe upper intake level in humans. But we require it as part of various enzymes, such as glutathione peroxidase, as well as in the thyroid. It is widespread, and accumulated in various foods, such as nuts, tuna, and lobster, so it is rare for humans to have a selenium deficiency. But for horses, with their more limited diet, selenium deficiency is common and often corrected with dietary supplements. Again, this requires great care. Recently 21 polo horses died from selenium overdose in Florida, the result of a veterinary pharmacist overdoing it in mixing the drugs.

It was Berzelius who discovered selenium in 1817, as an impurity in sulphuric acid. tellurium had already been discovered, and named after the Greek word for earth, so he named selenium using the Greek word for moon, selene. It occurs in various minerals, together with sulphur as you would expect. We know its evolution in plants goes back a long ways, because we find selenium compounds in coals, and much of what is released into the atmosphere today comes from coal burning. Indeed, the toxicity level of selenium to humans was established only 20 years ago by studies of Chinese victims of selenium poisoning, selenosis, who grew corn on selenium rich coal rocks. Selenosis has some lovely symptoms: a garlic odour on the breath, hair loss, sloughing of nails, fatigue, irritability, and eventually cirrhosis of the liver and death. It is the selenates and selenites that are the most toxic, since the elemental selenium is not readily incorporated into biological processes. 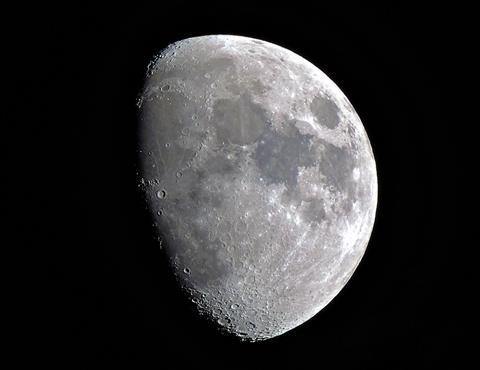 While some of the allotropic forms of selenium resemble those that we know well from study of sulphur, there are others that are different. Most important, so called gray selenium consists of long chains of atoms forming extended helical structures. While selenium is not a metallic element, gray selenium is a good photoconductor, and was used in early photocells. Subsequently, selenium and various selenium compounds have been used in a variety of photoconductor and photovoltaic applications. Indeed, the newest and most promising class of mass produced solar cells are copper indium gallium selenide. At one time virtually all copying machines used selenium; this has now been largely replaced by organic photoconductors.

But the diversity of uses of selenium does not stop with shampoo and horse food supplements and photovoltaics. Selenium is added to synthetic rubber to improve resistance to abrasion, it has been added to brass, along with bismuth, to replace lead in pipes, and it is used, as sodium selenate, as an insecticide to stop attacks on flowering plants such as chrysanthemums and carnations. Selenium in its allotropic red form is added to glass to give it a scarlet color, but it also can be used to remove the greenish tint sometimes found in glass due to iron compounds.

There have been numerous studies, none of them very conclusive, about the possible role of selenium in cancer prevention, and in increasing the efficacy of chemotherapy. Most of these seem to indicate that if it is effective at all, it works somehow in conjunction with vitamin E, which, like selenium, plays an antioxidant role in the body. Also intriguing to me was a recent study indicating that selenium deficient soils may play a role in susceptibility to HIV–AIDS in Africa. The rationale is that low selenium levels are associated with weakened immune systems, since with lack of antioxidant capacity there is stress on the immune system. 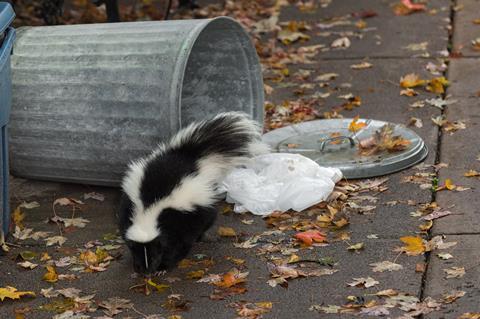 But I save the best occurrence of selenium in nature for last. Butyl seleno mercaptan is the essential ingredient of skunk smell, and is certainly a contender for the title of the worst smelling compound. Once you have smelled it you will never forget it, nor underestimate the impact that this interesting element can have.

So it can clear up an itchy scalp but it might make you stink in the process. That was Cambridge University’s Bernie Bulkin with the story of selenium. Next week we’re visiting the element that Superman made famous.

Krypton is a fictional planet in the DC Comics universe, and the native world of the super-heroes Superman, Supergirl, and Krypto the super dog. Krypton has been portrayed consistently as having been destroyed just after Superman’s flight from the planet, with exact details of its destruction varying by time period, writers and franchise.

So much for trying to do a wikipedia search for this hidden element!

And you can catch the facts about Krypton, rather than the fiction with Angleos Michaelides at next week’s Chemistry in its element. I’m Chris Smith, thank you for listening and goodbye.