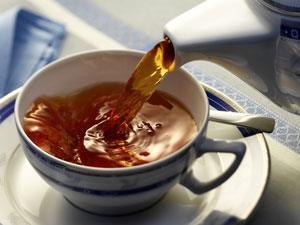 This week, Brian Clegg explores a rather useful compound, and you’ll need to put down that cup of tea to appreciate it.

If your only association of ‘tannin’ is that stuff that makes tea taste astringent, you’ve got some surprises to come. Tannins make up a wide family of polyphenols – molecules that are characterised by being made up primarily (but not solely) of a collection of phenols – each a benzene ring with the OH of a hydroxyl group attached, though ranging widely in molecular size depending on the number of phenols incorporated. Tannins are found in a number of plants and have turned out to be surprisingly useful to us. 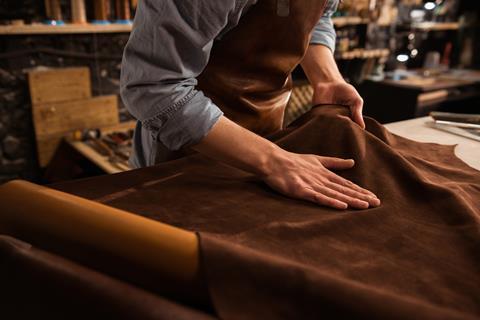 The word ‘tannin’ is a reflection of the most direct usage of a tannin – in tanning leather. Originally the word ‘tan’ comes from the name of a tree, though not usually the Christmas tree (now the best known ‘Tannenbaum’) but the oak. In medieval French, ‘tan’ was the bark of a young oak tree, and the earlier old English word ‘tannian’ seems to have come to us via Latin from Celtic words for the oak. Around the year 1000, the best Anglo-Saxon homes would be decked out with ‘getannede hyd.’ The oak features so centrally because the extract of its bark was the prime source of tannin for leather tanning from ancient times until the industrial age. So when you go down to the beach to get a tan, you are making yourself more oak-like.

As long as we enjoy a nice cup of tea, or a good glug of a complex-flavoured red wine, tannins will be here to stay

Like a number of sharp-tasting natural chemicals, one of the tannins’ role in plants may be to make them unattractive to consume, or even in some cases to act as a pesticide. Some think that the reduction in tannin levels in fruits like grapes as they ripen is to encourage birds to spread the seed at the right time of the year. The off-putting role of tannin is ironic given our enthusiasm for a fair number of foods and drinks that contain it. Apart from tea, tannin crops up in red wines, fruits and juices like apples, grapes, pomegranates and berries (most notably in the astringent cranberry), legumes (particularly red beans), nuts and indirectly in smoked food which gain tannins from the smoking process. Tannins also appear to be involved in regulating some aspects of plant growth, and the decomposition of plant material to help maintain the nitrogen and carbon cycles.

Traditionally plant material was used directly on leather to tan it, which made for a slow (and smelly) process that could take months to complete. Tannins have a primary function of binding and precipitating proteins, and when applied to animal hides they bind onto the collagen proteins, making the skins stronger, stiffer, waterproof and resistant to bacterial attack – in effect, they preserve the skin. In the early 1800s, tannins began to be extracted from the oak bark and chestnut trees that were the primary source, producing a much more concentrated and rapid effect. During the Second World War, however, natural tannin was difficult to obtain and synthetic tannins and other chemical tanning agents like chromium sulfate began to be used instead. Now the majority of tanning makes use of these cheaper compounds, though around 10 per cent of leather is still made using tannins.

In the diet, tannins are broadly neutral – they have no food value and though some are powerful antioxidants, which are often used to make a foodstuff sound more healthy, there is no good evidence that there are health benefits from consuming antioxidants. Natural antioxidants within the body help protect us from free radicals, highly reactive molecules formed in the body as products of oxidation. They occur in response to respiration and bodily chemical processes and are also created by exposure to such things as cigarette smoke, strong sunlight and pollution. Free radicals present a constant threat to cells and DNA. We know that these aggressive chemicals that can lead to cell damage, cancer, diabetes and cardiovascular problems. But antioxidants we consume seem to have little impact on free radicals, and if consumed in excess can even themselves be carcinogenic. On balance, tannins do not seem to have significant influence on health either way, apart from minor successes in some very specialist treatments.

Tannins may not have the practical value they once had in the production of leather, though those who live near a tannery may be thankful that the processes are much faster than they once were, and this has made leather a much more affordable material. But just as we appreciate the kick of the capsaicin in chilies, there is something perversely enjoyable about the lip-puckering astringency of a tannin. As long as we enjoy a nice cup of tea, or a good glug of a complex-flavoured red wine, tannins will be here to stay.

Let’s toast to that! Science writer Brian Clegg there, with the beverage-enhancing chemistry of tannins. Next week, it’s time to luminesce.

All of these examples of natural bioluminescent processes result from the excitation and fluorescence of small organic molecules by enzymes. Not to be outdone by nature, scientists achieve similar illumination processes in the laboratory using a combination of organic chemistry and photophysics.

Discover how with Stephen Wallace in next week’s Chemistry in its Element. Until then, thank you for listening, I’m Meera Senthilingam.