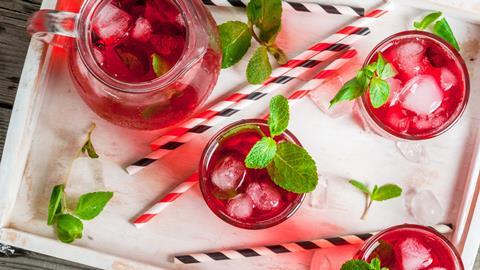 There are some drinks that many people only consume at this time of year – mulled wine or cider, sloe gin, maybe sherry and port, or even novelty ‘christmas spice’ beers. That means that bottles of unusual drinks can lay dormant in a cupboard, gathering dust from one year to the next. For this week’s Chemistry in its element, Mike Freemantle recalls a bottle that had been ignored for longer than most.

My wife and I are not hoarders. But over the years, things have tended to accumulate in our home. So every so often we make an effort to declutter. Recently, we decided to weed out some of the bottles in our drinks cabinet, and found a half empty bottle of Grenadine, a cordial traditionally made from pomegranate juice. According to the label, the cordial had an alcohol content of 3.5%.

As it was one of the hottest days of the year, we thought it would be nice to refresh ourselves with a glass of the cordial diluted with lemonade. The following day we tried mixing it with soda water. Both drinks were bright red, sweet, pleasant and refreshing. We soon finished the bottle.

Only then did I look at the label on the bottle. The ’best before’ date was the end of November 2003. The half full bottle had therefore been in our drinks cabinet untouched for at least 14 years. I have no idea how and when we acquired it. But it made me think. The alcohol content was similar to that of some beers. And, as many of us know, beer left in a glass or an open bottle at room temperature soon loses its zest and goes flat. So how come a cordial of similar alcoholic strength could stay fresh over 14 years? 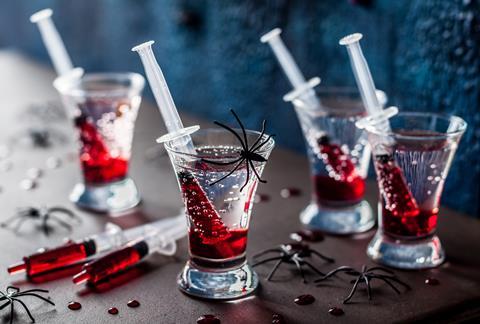 The label on the bottle noted that the cordial was produced using a ’secret recipe handed down through the generations.’ I decided to investigate further. Grenadine cordials, I discovered, are generally prepared using high fructose corn syrup as the sweetener. Food preservatives, such as sodium benzoate, are usually added, together with other additives that enhance the flavour and colour of the syrup.

High fructose corn syrup is produced from corn starch and contains not only fructose but also glucose and other sugars. Fructose and glucose are both monosaccharides. Starch, on the other hand, is a polysaccharide, that is a polymeric carbohydrate, consisting of large numbers of glucose units bound together.

High fructose corn syrup is sweeter than table sugar. It is also cheaper to produce and easier to handle. Table sugar, also known as granulated sugar, is the disaccharide sucrose, extracted from sugarcane or sugar beet. Each molecule of the sugar is a combination of one molecule each of fructose and glucose. 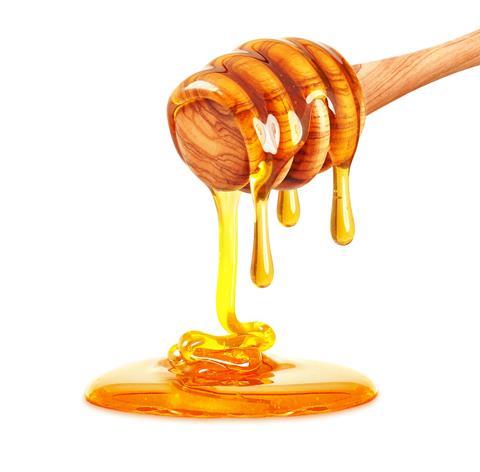 Fructose occurs naturally in its free form in honey, fruits and vegetables. It accounts for up to 40% of the sugar content of honey for example.

Table sugar did not become widely available in Britain and other European countries until the 18th century. Before then, honey was the most commonly used sweetener. It was sold at honey fairs, but not in honeycombs. This was because beeswax was a valuable commodity, used to make candles, for example.

Honey, syrups and sugars have not been used just for sweetening, however. Honey in particular has been used to prevent the spoilage of foods and beverages since time immemorial. Spoilage results from the presence of yeast, mold and bacterial microorganisms. The sugars in honey deprive these microorganisms of the water they need to survive and thrive. Syrups, such as high fructose corn syrup, act as preservatives in a similar way.

And so we get back to the Grenadine cordial that my wife and I consumed over several hot days last summer. Its long shelf life, I have concluded, can be attributed to three ingredients: the alcohol, a food preservative such as sodium benzoate – that is if it was included in the secret recipe, and, above all, the high fructose corn syrup.

For me, the question now is: will I buy another bottle of Grenadine cordial? Well, probably not. The syrup is high in calories and, as ever, I’m trying to lose weight.

That was Mike Freemantle with a well-preserved discovery. We’ll be back with more Chemistry in its element in January, but in the meantime we would love to hear from you with your suggestions for compounds we should cover. As usual, you can email chemistryworld@rsc.org and tweet @chemistryworld.

I’m Ben Valsler, and I’d like to wish you best wishes for the festive season from all of us at Chemistry World, we hope you have very happy new year.