A 3D printer has been used to make an implement with a built-in organocatalyst that can hold a magnetic stirrer. By mounting a precise amount of catalyst on a solid support that fits perfectly into a flask, the concept could be a useful addition to synthetic chemists’ toolkits.

Many reactions in synthetic organic chemistry require a catalyst to boost the yield or drive the reaction towards a particular stereochemical configuration. Supporting these catalysts on a solid material makes them easy to remove from the reaction mixture, conferring obvious benefits when it comes to isolating and purifying the products. 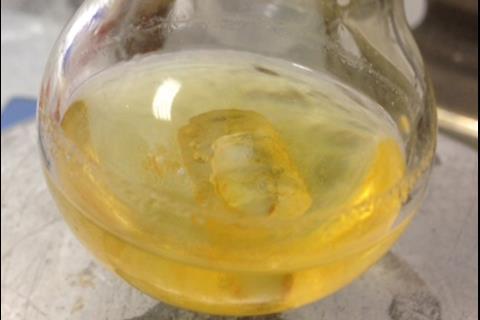 An early version of the device was tested on a Mannich reaction between benzaldehyde, aniline and acetone in water at room temperature 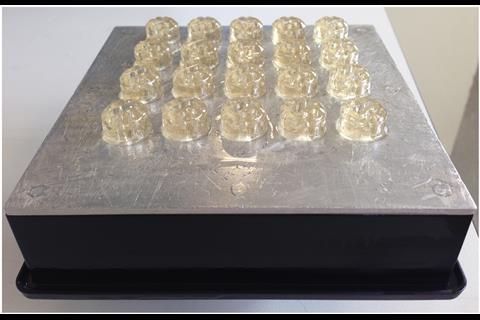 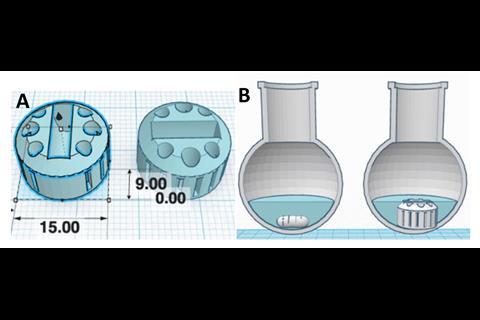 Now, Stephen Hilton and Matthew Penny at University College London in the UK have proposed a way to integrate the catalyst into the reactionware itself. Using computer aided design software, the team designed a photopolymerisable resin case to enclose a standard magnetic stirrer bar, which they then manufactured using a 3D printer. The catalyst is added to the resin before printing.

As a proof of concept, the researchers tested the implement on a Mannich reaction. They chose this reaction as the catalyst it requires – para-toluene sulfonic acid – had previously been incorporated into a similar resin to the one used for the casings. The tests confirmed that the resin does not interfere with the reaction and that the catalyst is still able to work from inside the resin. Each implement could be reused at least five times without significant loss of activity.