The chemical industry is in the throes of a massive consolidation that has sparked worldwide competition concerns and regulatory investigations. Perhaps the area of largest amalgamation is in agrochemicals, with mega-mergers between Dow and DuPont; Bayer and Monsanto; and ChemChina and Syngenta. 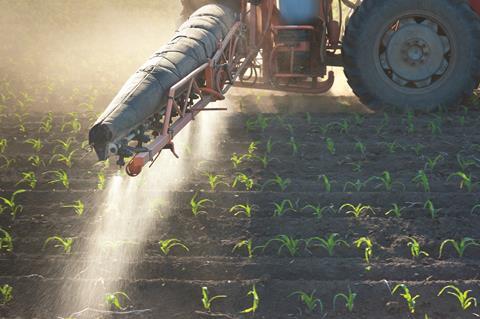 Bayer’s $66 billion takeover of Monsanto was agreed in late 2016, with the intent of providing farmers with a one-stop shop for their seeds and crop protection products. The two companies have argued that this vertical integration of traits, seeds and agrochemicals will create economic efficiencies that outweigh any harm that the merger would pose to competition. However, opponents of the deal have suggested it would just magnify the market power of the few companies that dominate the global field crop sector.

The two agricultural giants are awaiting approval from international regulators. A decision from the US Department of Justice is expected around the end of 2017, while the European commission is working towards a deadline of 5 March 2018.

Meanwhile, several US state attorneys general are also investigating competition concerns related to the deal. If it goes through, almost the entire global seed and agricultural chemical business will be controlled by just four companies: Bayer–Monsanto, ChemChina–Syngenta, Dow–DuPont, and BASF.

ChemChina and Swiss firm Syngenta agreed a $43 billion merger in 2016, aimed at enhancing China’s agricultural output. Competition regulators in the US and Europe expressed concern that the two companies have overlapping portfolios in the areas of herbicides, insecticides, fungicides and plant growth regulators.

To satisfy EU regulators, the two companies agreed to sell off a large part of their European pesticide and growth regulator business, while the US Federal Trade Commission’s (FTC) demanded they offload three types of pesticides.

Other efforts to block the deal intensified this year as it gained the necessary international approvals. In the US the Nebraska Farmers Union tried to get the merger kiboshed at the last minute by petitioning the FTC. Nevertheless, the deal was finally completed in June.

While there is a clear consolidation going on within the chemical industry, there is a simultaneous movement to refocus on core functions and split off peripheral or underperforming segments.

In March, AkzoNobel of the Netherlands announced plans to separate its speciality chemicals business from its paints and coatings unit by April 2018. The goal of the break-up is to create two more focused and distinct companies.

But the landscape is dominated by the rumbling $130 billion merger between Dow Chemical and DuPont, which was completed at the end of August. The newly created DowDuPont has been restructured into three distinct businesses, with the aim of eventually splitting into separate companies: agriculture; material sciences, and speciality products like advanced polymers, electronics and nutritional goods.

To satisfy competition regulators, Dow has divested its global ethylene acrylic acid copolymers and ionomers business, and a portion of Dow AgroSciences’ corn seed business in Brazil. For its part, DuPont agreed to shed its cereal broadleaf herbicides and chewing insecticides portfolio. In addition, the company has sold portions of its crop protection portfolio to US firm FMC, including some R&D capabilities.

As it prepares to split itself into three, DowDuPont unveiled plans to reduce its global workforce, consolidate buildings and facilities, and shut down assets to help achieve $3 billion in cost savings. The company did not disclose how many jobs would be cut, but it pointed to $180 million in pre-tax charges incurred during the third quarter and another $1 billion in charges expected for the fourth quarter.

Although it may seem that the chemical industry is converging, what’s actually occurring is increased specialisation, according to industry observers. ‘The simplifying of portfolios and the dealmaking that is going on will help reduce costs for a lot of companies – it will create an altogether more profitable, more focused industry,’ says Vijay Sarathy, North America industry leader for chemicals at Accenture.

However, analysts warn that although streamlined chemical businesses with narrower purviews are easier to manage, they may have difficulty generating growth through innovation in new areas or technology. Being too homogeneous or overly focused can limit growth, especially in very consolidated markets.

When hurricane Harvey pummelled the US Gulf Coast with record-breaking rain and winds in August, it knocked offline between one-third and half of the more than 130 petrochemical sites and speciality chemical facilities along the Houston Ship Channel. US industrial production suffered substantially from the reduced operations of these plants.

Working US capacity for organic chemicals and resins was at about 90% prior to Harvey’s landfall, and by the end of August, less than half was available. Capacity use remained below pre-Harvey levels well into September, but had rebounded to nearly 85% by the end of September as plants resumed operations. Federal Reserve data also paint a rosy picture of recovery for the US chemicals sector, due to minimal asset damage from Harvey. For example, total US industrial production rose 0.9% in October, and the output of chemical materials jumped 12.3% as factories shuttered by the hurricane returned to regular operations.

Only one ethane cracker in the region remains shut down because of the storm – Chevron Phillips Chemical’s (CPChem) 835,000 million tonne-per-year cracker at the Cedar Bayou complex. It’s been shuttered since 26 August, just hours after Harvey came ashore. ‘In general, there have been workarounds or repairs for all the damage that has been done by Harvey, other than at CPChem Cedar Bayou, because of the fact that there was high water damage,’ says Steve Lewandowski, vice president of olefins for IHS Markit. ‘They had eight feet of water in some parts of the plant.’ Beyond crackers, CPChem also has two alpha olefins units in Cedar Bayou that remain offline, Lewandowski adds. He says all of the other assets that were running pre-Harvey are now back onstream.

The disruption caused by hurricane season might not be over. Chemical product supply chains that were already constricted – for propylene, polyethylene and caustic soda, for example – will likely see additional tightness that could last into the first quarter of 2018 or longer. ‘It is just compounding an already tight situation,’ Lewandowski explains. ‘Demand continues to be good and prices are poised to move up.’

In addition to the economic impact of hurricane Harvey, there is also potential regulatory fallout. The US Chemical Safety Board (CSB) is in the middle of investigating the explosions that took place in at an Arkema chemical plant in Crosby, Texas after massive flooding from the storm caused the facility to lose critical refrigeration of organic peroxides. The CSB is not expecting to issue its report until June, but the agency has already urged companies to revisit their emergency preparedness, hazard and risk assessments, given the expectation that climate change will cause more frequent and intense extreme weather events that could impact their operations.

Companies that are ill-prepared could experience legal repercussions. Arkema now faces multiple lawsuits arising from the incident at its Crosby facility. A suit from the local Harris County government seeks to recover its costs for responding to the week-long incident and hold the company legally responsible for violating state environmental laws. Separately, residents from around Arkema’s Crosby facility have joined in a class action lawsuit against the company. They claim numerous toxic substances have been found in soil, surface water and ash samples in the area, resulting from the incident.

Efforts to curb emissions of harmful pollutants across various industries abounded in 2017. In China, for example, thousands of factories are facing closure or sanctions after the country’s cabinet has ramped up environmental inspection programmes and provided authorities with new powers to restrict air and water pollution. The European commission has proposed new limits on carbon dioxide emissions from passenger vehicles. For new cars as well as vans, the average CO2 emissions will have to be 30% lower in 2030, compared to 2021. 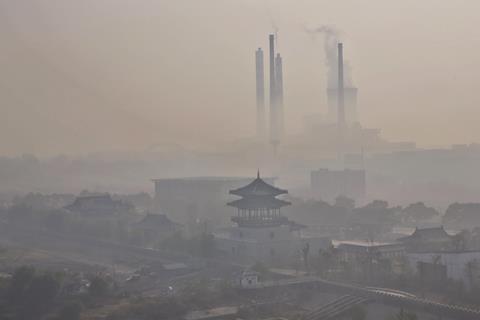 Under the Paris climate agreement, which came into force in November, nearly 200 countries committed to reducing greenhouse gas emissions and curbing global temperature rises. The treaty’s goal is to limit the global average temperature rise to well below 2°C and as close as possible to 1.5°C, but the US is not on board. In June, President Trump withdrew the US from the Paris accord, saying it imposed unfair financial and economic burdens on the country. At the time, the US’ exit meant that it joined Nicaragua and Syria as the only nations not party to the international treaty. However, Nicaragua eventually ratified the agreement in October, and Syria followed a month later. The US now stands alone as the only country yet to join the global consensus to act to prevent global warming.

Just months after bailing from the Paris agreement, the Trump administration also acted to repeal former president Barack Obama’s regulation that set the first ever limits on carbon emissions from coal-fired power plants, known as the Clean Power Plan (CPP). The CPP was finalised in August 2015, and it set national standards to reduce carbon dioxide emissions from the power sector by about a third from 2005 levels by 2030. In retreating from the programme, Trump’s US Environmental Protection Agency (EPA) said the regulation exceeds the agency’s statutory authority, and argued that eliminating it will reduce unnecessary regulatory burdens.

Despite the political landscape, at an individual company level, progress is being made to curtail emissions. For example, ExxonMobil agreed to invest about $300 million to install pollution and monitoring controls at eight of its petrochemical manufacturing facilities in Texas and Louisiana, after settling allegations that it violated the Clean Air Act by failing to properly operate and monitor industrial flares. DuPont spin-off Chemours also reached an agreement with North Carolina’s environmental agency to end a long-running dispute over the company’s release of polyfluorinated compounds from its plant in Fayetteville into the Cape Fear river, which is a significant source for drinking water in the area.

The auto industry is also not immune illegal emissions, as revealed in 2015 when Volkswagen (VW) was accused of evading emissions standards and importing falsely certified vehicles into the US. Earlier this year, the DOJ announced that six senior VW employees have been indicted related to the company’s emissions cheating scandal, and VW was ordered to pay a further $4.3 billion in penalties.

When Donald Trump entered the White House in January, he promised to ‘embrace the shale oil and gas revolution’, and indeed it does continue to thrive. In 2016, the US shale gas boom led to 275 new chemical production plants, of which 40% were completed or under construction by the end of the year, and 60% of the proposed $170 billion investment came from foreign sources. By comparison, 318 chemical industry projects due to shale gas had been announced as of late November 2017. These are valued at $185.5 billion, and just about half have been completed or are under construction. However, not all the projects have survived – South Africa’s Sasol has decided to abandon a proposed US gas-to-liquids plant.

Around 62% of this announced investment came from outside the US, and that looks set to continue, with significant interest from China. When Trump and Chinese president Xi Jinping met in China in November, two deals were reached between Chinese entities and the US states of West Virginia and Alaska.

The International Energy Agency (IEA) predicted in November that the shale revolution will help the US become the world’s largest exporter of liquefied natural gas by the mid-2020s. ‘A remarkable ability to unlock new resources cost-effectively pushes combined US oil and gas output to a level 50% higher than any other country has ever managed,’ the IEA concluded. The agency estimated that the 8 million barrels per day rise in US tight oil output from 2010 to 2025 would match the highest sustained period of oil output growth by a single country in the history of oil markets.

The agency said this rapid expansion is having wide-ranging impacts within North America, fuelling major investments in petrochemicals and other energy-intensive industries. It is also reordering international trade flows and challenging incumbent suppliers and business models.