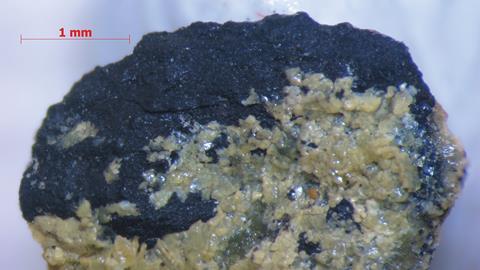 We’re used to hearing about MOFs as custom advanced materials with a host of potential applications – including catalysis, gas storage and even next-generation electronics – because of their porous structures that can be tailored to create different properties. 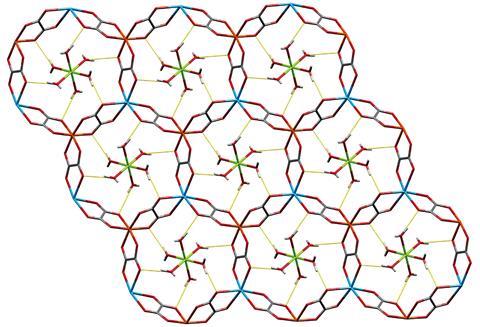 The structure of stepanovite was revealed in x-ray diffraction studies. It has an anionic [NaFe(ox)3]2− framework, with apertures occupied by Mg(H2O)62+

But a team led by Tomislav Friščić at McGill University in Canada has overturned conventional wisdom that these materials can only be found in the lab and shown that MOFs can form in nature too. The researchers used single crystal x-ray diffraction to determine the structures of stepanovite and zhemchuzhnikovite, using samples that were collected in Siberian coal mines in the 1940s. They showed both minerals have the same porous structures found in well-established metal oxalate MOFs that have been synthesised for years. They say their discovery could shake up the view that MOFs can only be made in the lab, and suggest there could well be more minerals with MOF-like structures waiting to be found.