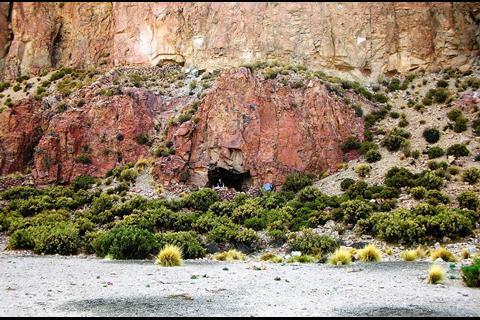 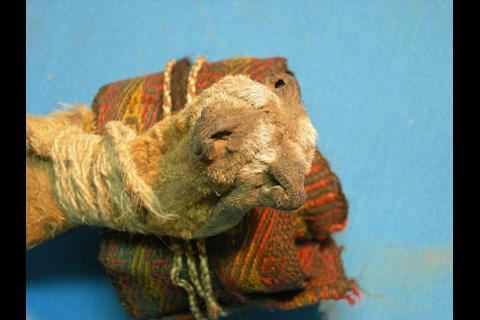 The team found psychoactive compounds in an animal-skin pouch constructed of three fox snouts stitched together. 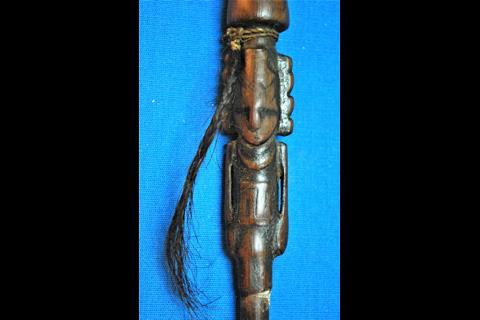 A carved anthropomorphic figure on the snuffing tube. 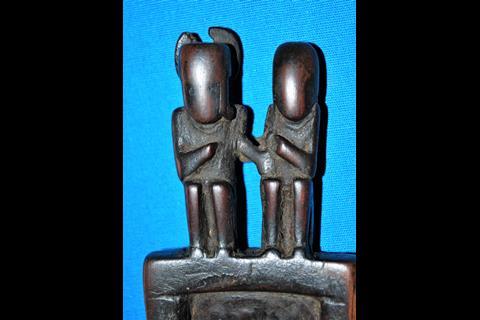 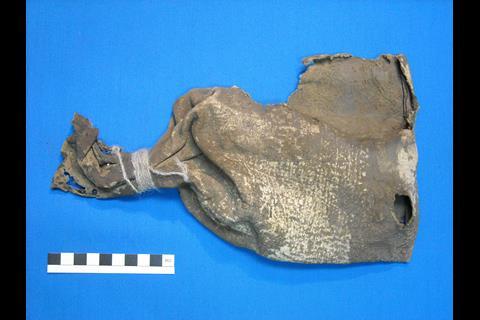 Close-up image of the anterior of the smaller carved snuffing tablet showing the front of the anthropomorphic figures. 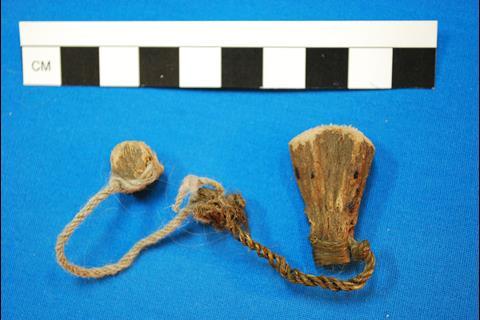 A thousand year-old pouch made from fox snouts that was found in a Bolivian cave contained a mixture of at least five hallucinogens, chemical analysis has revealed. This is the largest number of psychotropic compounds ever found in a single ancient South American artefact.

Modern Amazon basin indigenous peoples use a psychotropic plant brew called ayahuasca in spiritual ceremonies. Some researchers have argued that this mix of plant alkaloids, mostly dimethyltryptamine (DMT) and harmine, is a recent invention, while others think it could have been used for millennia.

Although scientists had previously found individual psychoactive compounds in pre-Hispanic artefacts, evidence for cocktails of drugs akin to ayahuasca was non-existant. A team around Melanie Miller from the University of Otago, New Zealand, and José Capriles from Pennsylvania State University, US, has now provided the first chemical evidence that ancient South Americans might have started to combine psychoactive plants as long as a thousand years ago.

The pouch was found in a leather bag also containing decorated wooden trays, a snuffing tube, llama bone spatulas, a woven headband and a string that once tied a plant bundle together – all items probably used in shamanic rituals. Liquid chromatography tandem mass spectrometry revealed residues of DMT and harmine, as well as cocaine, benzoylecgonine, bufotenine and possibly psilocin.

The psychoactive compounds must have come from at least three different plant species, none of which grows in the Andean highlands where the bag was discovered. According to the researchers, this could mean that ancient South American shamans either travelled long distances to gather plants or that they traded for them.