This month, how artificial comets may explain the origins of asymmetry in life. Plus, we speak to Martyn Poliakoff 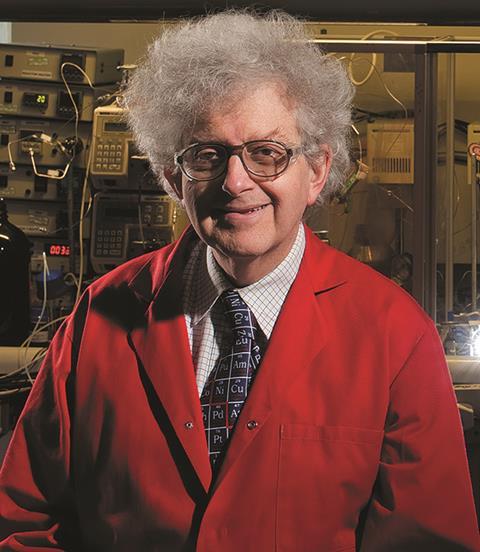 0.58 – A synthetic diamond that is even harder than its natural counterpart and able to withstand even hotter temperatures has been made by researchers in China. Hardest diamond ever made from carbon onions

3.42 – A wild mushroom eaten by foraging enthusiasts across Europe has been found to contain dangerous and potentially lethal toxins. Fatal toxins found in ‘edible’ wild mushrooms

5.58 – Could life’s asymmetry have come from space? Uwe Meierhenrich has built an artificial comet in the lab to model chirality of amino acids in the solar system and prepare us for the Rosetta mission. Detecting chirality

12.15 – Lithium ion batteries that can be stretched by 600% have been unveiled by scientists in China. Superelastic battery

15.19 – Stanley Miller’s experiments indicated how the first amino acids could have been produced on Earth, thereby surmounting a major step towards the genesis of life. But how did these amino acids polymerise into the first proteins? Miller’s forgotten experiments point to primitive protein genesis

26.49 – A graphene-like allotrope of silica with unusual physical and electrical properties has been predicted by theoretical chemists in Turkey. The material should get thicker when stretched and have a bandgap that varies with mechanical strain. Unusual 2D silica allotrope predicted

31.12 – Researchers in India have verified that barbecuing meat produces graphene oxide and other carbon nanoparticles, and concluded that they are non-toxic to humans. Graphene oxide stands the test of time