How cephalopods teach chemists about camouflage, and new ways to convert carbon dioxide into useful materials

0.38 – Just months after the launch of his fourth autobiography, renowned chemist, author and playwright Carl Djerassi passed away. We discuss his life and legacy – A large life, fully lived

3.55 – Are the pressures to publish new findings skewing the scientific record? – Setting the record straight

6.00 – By unpicking how cephalopods change their looks to match their environment, researchers are aiming to reverse-engineer a host of novel materials – Learning from the masters 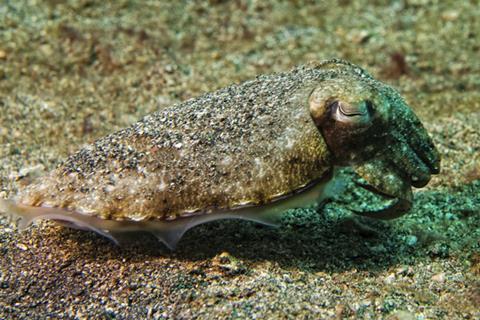 12.06 –After eight years of work, researchers have almost completed the total synthesis of the enormous maitotoxin. But the completion of possibly the greatest chemical challenge out there now faces a funding crisis that has halted the synthesis just as the finishing line is in sight – Chemistry’s toughest total synthesis challenge put on hold by lack of funds

17.54 – The world’s demand for energy, and the resultant carbon dioxide emissions, are drastically changing our climate. UK startup Econic Technologies is developing catalysts that could take some of that CO2 and lock it up in high-performance polymer materials – Catalytic carbon dioxide convertors

25.06 – Scientists in Italy have managed to decipher text on a badly scorched papyrus roll from Herculaneum, a town destroyed with Pompeii in the Mount Vesuvius eruption of 79AD – Tomography allows ancient texts to rise from the ashes

28.02 – The chemistry behind dropping sodium into water and watching it explode may require a rethink, according to scientists in the Czech Republic – Alkali metal explosion explained