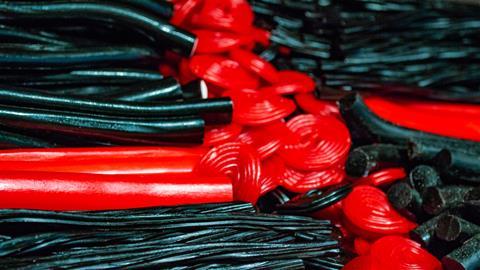 A sweet treat with a deadly trick for Halloween – glycyrrhizic acid is found in black liquorice and sweeter than sucrose, but can cause heart problems and even prove fatal if consumed in excess

Halloween, in many countries, is a time of sweet treats and spooky scares, but this week we’re looking at a confectionary compound that, in excessive quantities, can kill.

Black liquorice isn’t to everyone’s taste – many may consider it a trick among their treats – but in one form or another it’s been a popular snack for hundreds of years. The modern form consists of an extract from the roots of the liquorice plant, mixed with sugar and some kind of binder, but plenty of other ingredients can be added to add flavours, make it softer or saltier or to invest it with a shiny surface coat.

The root extract also lends a flavour or aroma to other foods, some beverages, chewing gum and even tobacco products, including snuff, pipe tobacco and flavoured cigarette rolling papers. 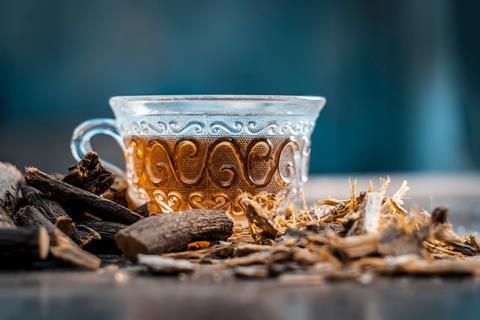 And although many consider it the least desirable in a mixed bag of sweets, some people really, really enjoy the distinctive, earthy flavour – perhaps never suspecting that it’s possible to eat too much. Such was the case for one Massachusetts construction worker, whose diet of at least one bag of black liquorice every day led to his untimely death in September of this year.

The suspected killer compound is glycyrrhizic acid, or glycyrrhizin, a naturally sweet constituent of liquorice root extract that can also be used as an emulsifier in other foods and cosmetics. It’s a saponin, or soapy compound that would create a foamy head when stirred in water, but it’s also considerably sweeter than sucrose, and offers a sweetness that takes longer to be detected but lasts longer in the mouth – which helps it create the distinctive flavour of the processed product.

As well as food and cosmetics, glycyrrhizin has a range of pharmaceutical uses. It’s an effective expectorant – it helps you to cough up mucus – which explains why many cough syrups are liquorice-flavoured. It’s used to treat low-blood pressure caused by certain illnesses and may help manage the symptoms of Addison’s disease, a chronic condition where the body fails to produce enough steroid hormones, leading to a range of unpleasant symptoms. People who need regular dialysis may take supplements containing glycyrrhizin to help manage the amount of potassium in their blood, and there’s some suggestion it may play a role in preventing age-related bone loss and treating polycystic ovary syndrome.

And although it sounds counter-intuitive, liquorice is a sweet that may actually help you lose fat. In a small study, healthy people who added just 3.5g per day of shop-bought liquorice to their normal diet reduced their body fat mass but kept the same body mass index. All the usual small-study caveats apply – this was just 15 people – but as glycyrrhizin does affect the level and activity of certain steroids, there’s a plausible mechanism for these results. Of course, as one of the authors pointed out ‘one explanation is that the strong taste of liquorice suppresses the appetite’. 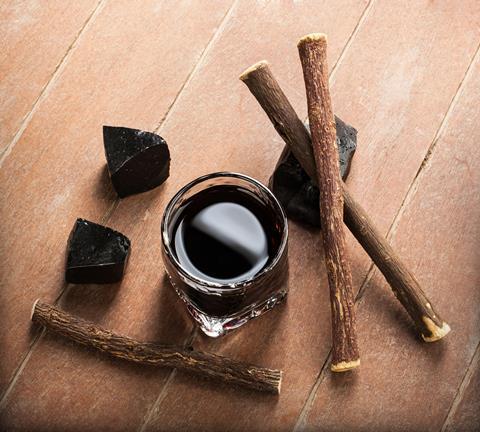 But there’s a counter-trick to these medicinal treats: too much glycyrrhizin leads to high blood pressure, and significantly alters the balance of sodium and potassium that our bodies work so hard to achieve. This, in turn, increases the likelihood of developing cardiac arrhythmia and, in extreme cases, heart failure. These nasty effects seem most likely in people with existing medical problems or those that consume significant amounts over prolonged periods. Our unfortunate construction worker had recently changed his treat from red liquorice to black, and was eating more than a bag of the stuff every day. Another otherwise healthy man ended up requiring emergency care after drinking a litre of erk sous – a strong liquorice-based drink – every day throughout the month of Ramadan.

But there is another population who need to be sure to moderate their liquorice levels: pregnant women. There is some evidence that consuming lots of glycyrrhizin can lead to earlier births – one study showed heavy liquorice consumption doubled the chance of a baby arriving before 38 weeks and another suggesting a link to early preterm birth at 34 weeks. However, other researchers are critical of the methods used to draw these conclusions. Other studies suggest long-term impacts for children exposed to high levels of glycyrrhizin in utero, including earlier onset of puberty and cognitive or behavioural issues like poor memory and aggression compared to their low-liquorice peers. 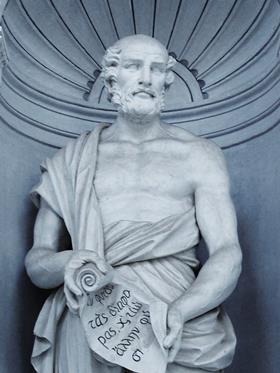 Although the effects in pregnancy have only come to light in the last few decades, the bioactive nature of liquorice has been known for thousands of years. In Historia Plantarum, published around 300BCE, Greek philosopher Theophrastus listed its uses in chest and stomach problems, mouth ulcers, haemorrhoids and even treating an itchy bottom.

Today, the US food and drug administration recommends that ‘No matter what your age, don’t eat large amounts of black liquorice at one time’, but most countries recognise that glycyrrhizin is safe to consume in moderation. So if you’re out this Halloween demanding sweets with menaces from behind a ghoulish mask, don’t rush to consume your collected confectionary. And remember, please trick-or-treat responsibly. 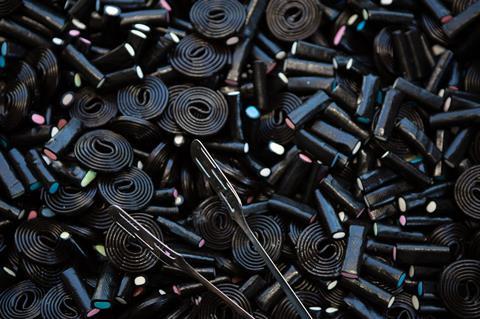 Next week, Helen Arney from the Festival of the Spoken Nerd and the Podcast of Unnecessary Detail joins us with a plant-derived compound that divides her family.

We all know it. It’s the pungent, sulfurous aroma that taints your toilet bowl after eating fresh asparagus. I say ‘we all know it’ but actually, my husband doesn’t. Which makes him a very lucky man. Not just to be married to me, but also to have never experienced the repellent scent of asparagus wee.

Join Helen next time to find out more about asparagusic acid and why some smell it and others don’t. Until then, drop us a line at chemistryworld@rsc.org or via twitter to @chemistryworld with any compounds you would like us to cover on Chemistry in its element. You’ll find our entire podcast archive at chemistryworld.com/podcasts. I’m Ben Valsler, thanks for joining me.

Additional music: A dark past and Caravan macabre by Wicked Cinema, via Soundstripe