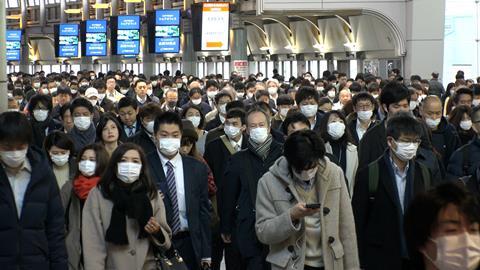 Originally developed to treat flu and marketed in Japan as Avigan, promising Covid-19 trial results have seen countries stockpiling this medication by the millions

Most of the potential Covid-19 treatments we’ve looked at on the Chemistry in its element podcast have been evaluated on their ability to treat severe disease – drugs that can prevent deaths, reduce time in intensive care or get people discharged from hospital sooner. And in the peak of a pandemic that certainly makes sense. But we’ve said little about drugs that treat milder cases – those that don’t necessitate a trip to hospital. New clinical trial data suggests that favipiravir, a drug licenced in Japan to treat influenza and also known as Avigan, may significantly reduce Covid symptoms and viral load in just a few days. 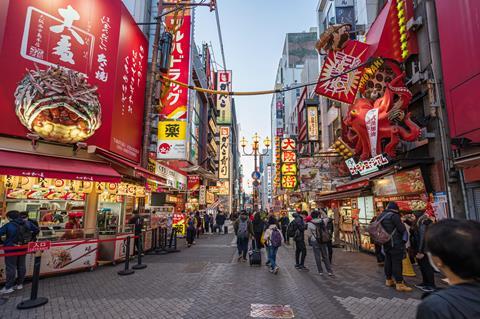 Favipiravir seems to be effective against a wide range of viruses – including well known ones like influenza and norovirus, but also alphavirus, filovirus, arenavirus and the flaviviruses responsible for West Nile fever, Dengue, Zika and yellow fever. It works by preventing viruses from replicating through inhibiting RNA-dependent RNA polymerase – a similar mechanism to remdesivir. Taken orally, it’s what’s known as a prodrug – it’s metabolised into its active form once inside the body. It seems to have relatively few side effects with one major exception – it can cause significant defects to a developing embryo, so should be avoided by people who are pregnant or trying to become pregnant.

In the aftermath of the fatal H5N1 epidemic in Hong Kong in 1997, demand grew for medications that could treat new strains of influenza. A joint effort between Fujifilm’s Toyama Chemical Co, Hokuriku University and the University of Toyama screened 30,000 candidate molecules for biological activity, looking for antibacterial, anti-inflammatory, immunomodulatory and antiviral properties. One, a derivative of the tuberculosis medication pyrazinamide, known as T-705 compared favourably with established flu drug oseltamivir, which you might know as Tamiflu.

One big advantage of favipiravir is that it seems to be relatively difficult for viruses to become resistant. In lab studies that actively tried to develop resistant influenza, researchers struggled to evolve a virus that was both resistant to the drug and capable of enough reproduction to become the dominant virus type. There’s also no evidence of resistance developing during clinical trials – something that has been seen in trials of oseltamivir and other antivirals. That’s not to say it can’t happen, of course – mutations have been identified that offer protection against the drug, but at a cost. If another mutation can compensate for the loss in viral fitness, resistance could evolve. Life (or in this case an ‘organism on the edge of life’) finds a way.

It may come as a surprise, then, that favipirivir is not widely licenced for use against influenza. The risks in pregnancy may have been enough to cause most countries to stick to their existing flu provisions. Even in its home country of Japan, it’s licenced only as a treatment for novel or re-emerging strains of influenza, and not for the seasonal infection. That’s not to say it failed as a medication; In 2017, Japan created a stockpile of the drug – enough to treat 2 million people in the event of an influenza epidemic. 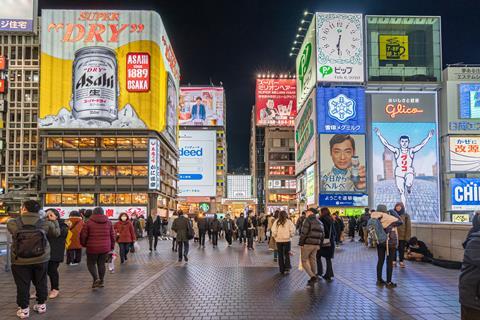 In a pattern that is probably becoming familiar to covid-treatment-trackers and podcast listeners, favipiravir has also shown promise in treating Ebola. In 2014, a French volunteer nurse who contracted the disease in Liberia recovered after receiving favipirivir alongside other experimental treatments, but initial trials showing positive results in mild cases were criticised for poor experimental design.

Ebola, then, as was the case with remdesivir, leads us to Sars-CoV-2, the coronavirus responsible for Covid-19. Chinese clinical trials showed favipiravir to be ‘clearly effective’ – patients tested negative for the virus in an average of just four days, compared to 11 days for controls. Symptoms improved alongside reduced viral load, with lung function improving in 91% of patients on the drug, vs 62% of those without. In a Russian trial, body temperature in 68% of patients on favipiravir returned to normal in half the time of those in the control group. A trial in Japan, however, showed limited effect in people with higher viral load, suggesting it’s most likely to be of use in mild to moderate cases. Trials are also underway worldwide exploring the efficacy of favipiravir alone and in tandem with other drugs. 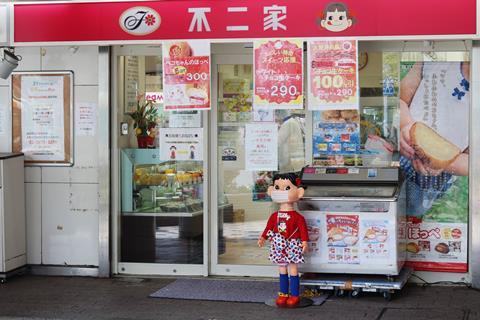 …now even the shop mascots are wearing them.

The promising results so far have led to a spike in demand. Thailand has ordered 400,000 tablets from China and Japan, Germany is said to be purchasing millions. While companies in China, Russia, Bangladesh and India are amongst those producing their own supply of generic favipiravir, following fast-tracked approval.

It’s now been more than eight months since Covid-19 was first identified, over 17 million cases have been reported and nearly 2000 clinical trials undertaken worldwide. In that time we’ve seen the rise and fall of a number of promising treatments. Favipirivir is on the rise – will it be the next promising candidate to fall?

Next week, Mike Freemantle on gypsum, and a fantastic discovery in Mexico.

One of the geologists who subsequently visited to research the cave described it as ‘the Sistine Chapel of crystals’. The crystals were up to a dozen metres long, four metres wide, and 55 tons in weight. They are thought to be the largest natural crystals in the world.

Join Mike next time, and many thanks to Jeff Silver for suggesting we take a look at favipirivir – Jeff certainly seems to have demonstrated some foresight when he got in touch back in April. If you would like to suggest any compounds for us to cover – email chemistryworld@rsc.org or tweet @chemistryworld. And you can find all of our previous pods at chemistryworld.com/podcasts. I’m Ben Valsler, thanks for joining me.