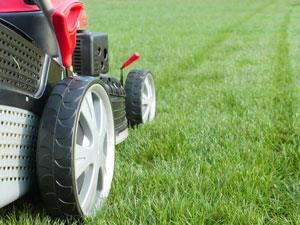 For many, it’s the smell of spring and summer. But hexenal - responsible for the aroma of freshly cut grass - makes Simon Cotton think of cricket.

This week, a compound that takes Simon Cotton to the grounds of his favourite sport.

I’m a cricket fan. Cricket is a living contrast – watched from the boundary it looks a very leisurely pursuit, but when you are less than 20 yards away from a fast bowler projecting a hard leather-covered ball towards you at upwards of 70 miles an hour, it acquires a certain … immediacy. I maintain that it is an art form and it is certainly the sport to have produced the greatest literature associated with it, and I don’t just mean Wisden cricketers’ almanack. 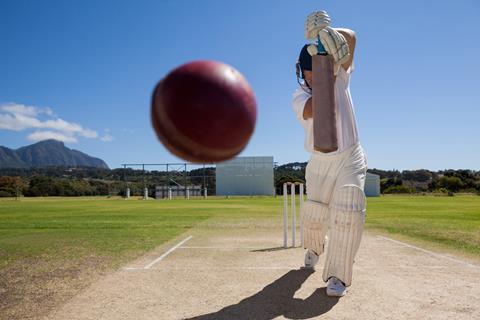 Something you associate with cricket is the smell of freshly cut grass. Pitches are cut and rolled just before a match takes place.

When grass is cut, breakdown of fats and phospholipids leads to long-chained fatty acids such as a-linolenic acid and linoleic acid. These are oxidised by enzymes, and then the long carbon chain is chopped up by another enzyme, usually into six-carbon and twelve-carbon fragments.

When you smell new mown grass, the molecule that is responsible is a six-carbon molecule called cis-3-hexenal. It has a got a carbonyl group at the end of the chain, making it an aldehyde, and there is a double bond three carbons up from the end. Our noses are incredibly sensitive to this molecule; we can detect it at a level of 0.25 parts per billion. It is a short-lived molecule, and rapidly rearranges. The double bond moves one carbon nearer the carbonyl end, and the shape of the chain changes. The double bond was cis-; it now changes to a trans-orientation, so that the carbon chain is a more regular zig-zag. This compound, called trans-2-hexenal, is much more stable, they call it ‘leaf aldehyde’ and you can buy both that and the stable alcohol trans-3-hexen-1-ol (known as ‘leaf alcohol’) from the usual chemical suppliers. A mixture of the two smells grassy and is often referred to as ‘green odour’.

It is not just that fresh-cut grass smell that benefits from hexenals; when you smell that odour of fresh tomatoes, the biggest molecular contribution comes from cis-3-hexenal. It is also important to the smell of strawberries. Trans-2-hexenal and hexyl acetate are the main molecules responsible for the freshness of apple-juice flavour, and you can use hexenals as additives to give flavours a greener texture.

Some alkenals crop up in spices and in olives; they are active against a range of bacteria, so one natural role for these aldehydes may be in protecting plants from bacteria, for example, allowing the cut ends of grass to heal. It also looks as if plants use this molecule (cis-3-hexenal), and others, when they are damaged by insect pests. These molecules prime other plants nearby to switch on their defence mechanisms, such as the formation of protease inhibitors and to release molecules that attract pest predators.

But there may be a medical use for these six-carbon molecules.

Behavioural studies in monkeys involving PET (positron emission tomography) have shown that the ‘green odour’ mixture of trans-2-hexenal and cis-3-hexen-1-ol has a healing effect on the psychological damage caused by stress.  The mixture activates regional blood flow in the primary olfactory cortex (like other smelly molecules) and also in regions not normally reached by smell molecules, which may explain the healing effect.  It has also been found that ‘green odour’ mixture reduces stress in rats and has likewise been found to reduce pain sensation in humans. So the green grass smell really does seem to be good for you.

Smell certainly taps our memories and into our subconsciousness. People refer to the ‘Proust effect’, the classic example coming from Marcel Proust’s masterpiece A la recherche du temps perdu. Charles Swann, the protagonist of the novel, found that the smell from a piece of a small madeleine cake soaked in tea acted as the trigger for a whole raft of memories from his childhood, when his aunt would give him a small piece of madeleine that had been dipped in her cup of lime-blossom tea.

The Proust effect gets to cricketers too. Alan Dixon played first-class cricket for Kent.  He was an all-rounder, both a middle-order batsman and a bowler.  He decided to retire in the autumn of 1957 at the age of 23 as he was not sure of a place in the First XI.  He went off to become a travelling salesman.  He later wrote:

’But it came round to the next spring, and I stopped the car by a cricket field where they were mowing the grass. And the smell of that new-mown grass meant so much. I got out of my car and rang Les Ames [the Secretary of Kent County Cricket Club]. “Leslie,” I said, ”it looks as if I’ve made a mistake”.’

Dixon played for another 13 seasons and did not retire until 1970. In his final year he was a member of the Kent team that won the County Championship, for the first time for over 50 years, a real happy ending.

Birmingham University’s Simon Cotton there, with the aromatic chemistry of hexenal. Next week, another aroma, but this time tantalising our taste buds.

That’s not a shopping list for a very unhealthy weekend, but a selection of the familiar products that all contain guaiacol.

And discover the smoky chemistry this compound brings to the table by joining Ben Valsler in next week’s Chemistry in its Element. Until then, thank you for listening, I’m Meera Senthinlingam.